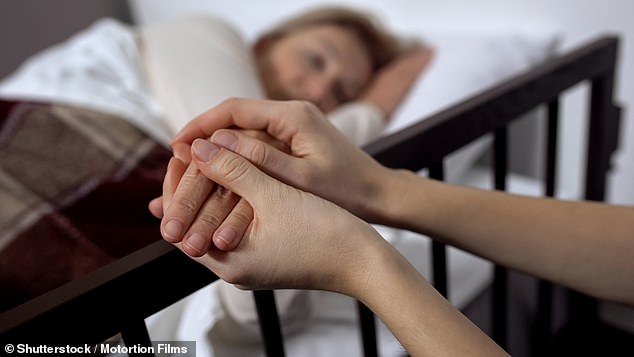 The Dutch government has introduced new rules which will allow doctors to spike the drinks of patients with sleeping pills ahead of administering euthanasia drugs.

The rules are intended to prevent patients from becoming violent ahead of their planned deaths.

Officials were forced to introduce the regulations after a murder conviction of a doctor was overturned on appeal.

Dutch medics have been permitted to sedate dementia patients with sleeping pills ahead of their euthanasia to prevent them from objecting to the injection. The sedatives will be used in cases where a patient can no longer consent to treatment having previously sought euthanasia when their condition deteriorates

Dr Marinou Arends was convicted of murder after she had drugged a nursing home patient’s drink before injecting her with the fatal medication.

The female patient was suffering from advanced dementia and was no longer capable of giving informed consent about the time she wished to die.

Before her condition deteriorated, the patient had told medics that she had wished to die when ‘the time was right’.

An earlier attempt to administer the euthanasia medication had failed because the patient had fought back and had to be restrained by a relative.

According to The Telegraph, the Dutch Supreme Court ruled Dr Arends had been acting within the 2002 euthanasia law by sedating the woman ahead of her death.

Jacob Kohnstamm, chairman of a local euthanasia committee said: ‘It’s only two or three cases a year but this might help doctors to have less fear of a penal case.’

The Netherland was the first country in the European Union to permit euthanasia.