About 23 mortar shells slammed into different parts of the Afghan capital on Saturday, killing at least eight people and wounding 31 others, an official said.

The Taliban issued a quick statement denying any responsibility for the attack. The Islamic State group affiliate also operates in the area and has claimed responsibility for recent assaults in Kabul including two devastating attacks on educational institutions that killed more than 50 people, many of them students. 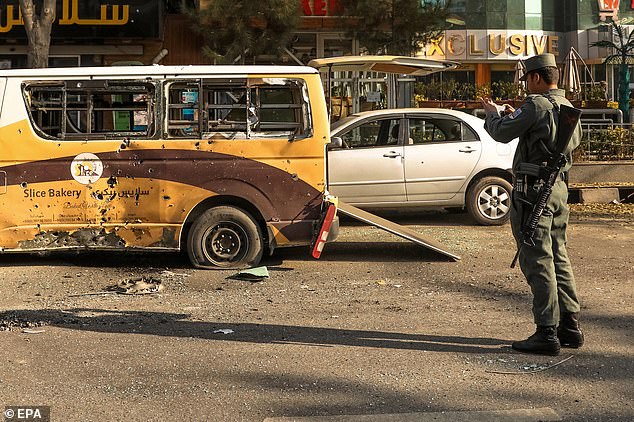 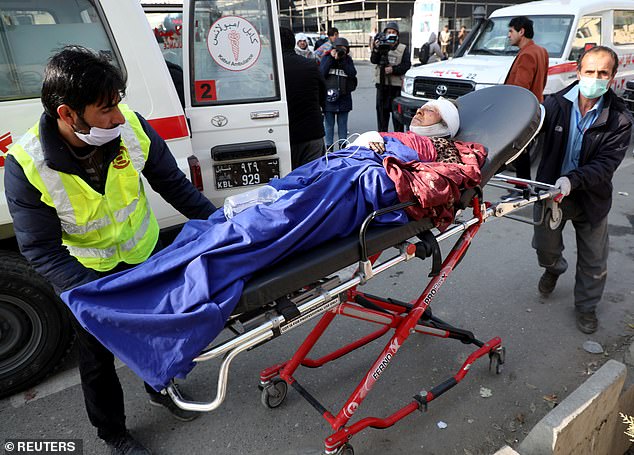 Survivors were taken from the scene by ambulance. The attack happened as members of the Afghan government continue peace talks with the Taliban in Qatar

As well as insurgent groups, there are several heavily armed warlords with militias living in Kabul with long-standing animosities against each other.

The mortar barrage comes as representatives of the Afghan government and the Taliban continued to hold talks in Qatar, though progress has been slow. U.S. Secretary of State Mike Pompeo is expected to press for a reduction in violence in his meetings with both Taliban and government negotiating teams later Saturday during a daylong stop in Doha. The Taliban have mostly ignored such previous requests.

Hours before the attack rattled Kabul, a bomb attached to a car killed one security personnel and wounded three others in an eastern neighborhood of the capital, said Kabul police spokesperson Ferdaws Faramarz.

Violence in Afghanistan has spiked in recent months with increasingly horrific attacks often claimed by the Islamic State group affiliate. Still the Taliban have been waging near daily assaults on beleaguered Afghan security forces.

There have been increasing calls for a cease-fire if peace talks are to continue. The Taliban have been steadfast in their refusal, demanding that any cease-fire be part of the negotiations. 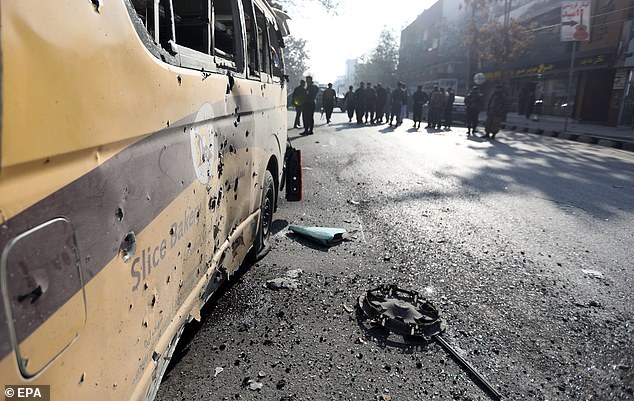 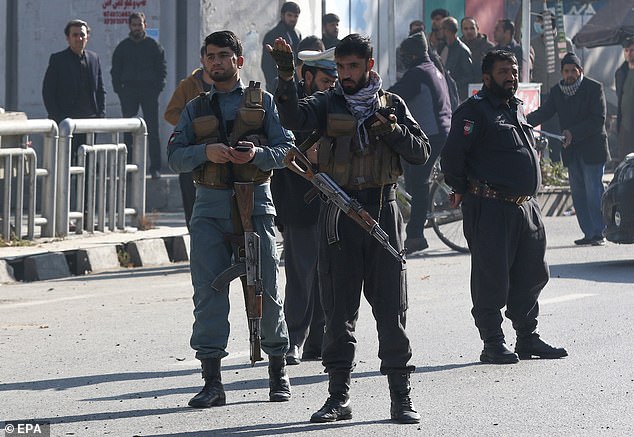 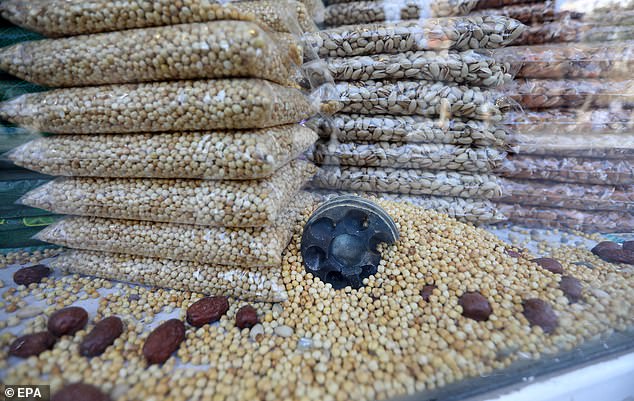 One of the terrorist’s rockets landed in a shop window, pictured, during this morning’s attack 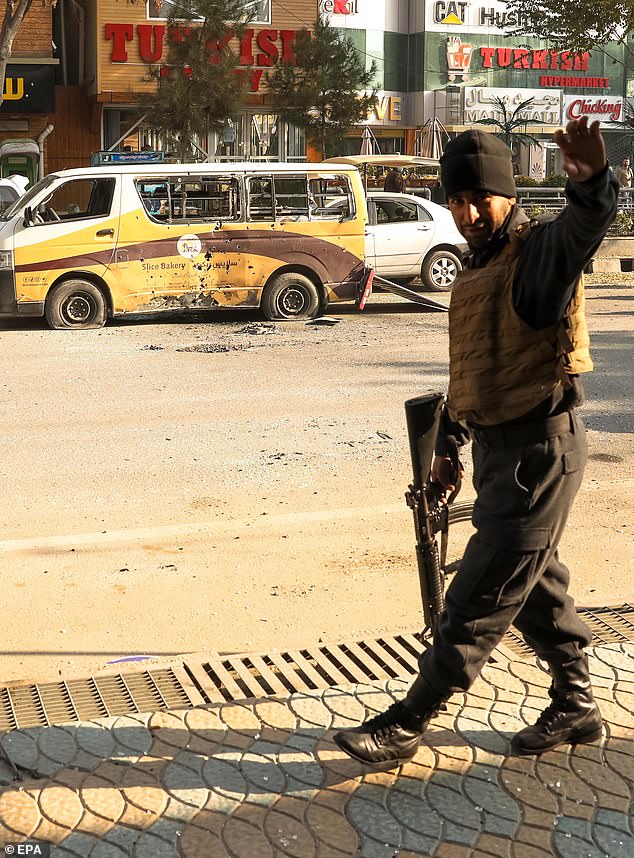 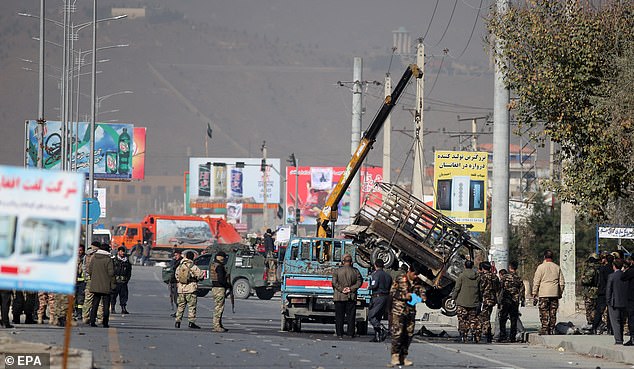