If you don’t mind a few cliches, Music Played By Humans by Gary Barlow is good fun and it should make for a memorable gig… one day

For a musician in a band, going solo is usually a chance to get away from the gang, to do something small and introspective. For Gary Barlow, as he approaches his 50th birthday in January, it’s nothing of the sort.

His first record without Take That in seven years is a big-band album. He’s joined by jazz quartets, Latin ensembles, nine celebrity guests and an 80-piece orchestra.

It sounds like the sort of thing a pop star might dream up in lockdown. ‘I’ve got it! I’ll make a big-band album!’ In fact, the recording finished a fortnight before we were all sent home in March, which makes for a double dose of nostalgia. 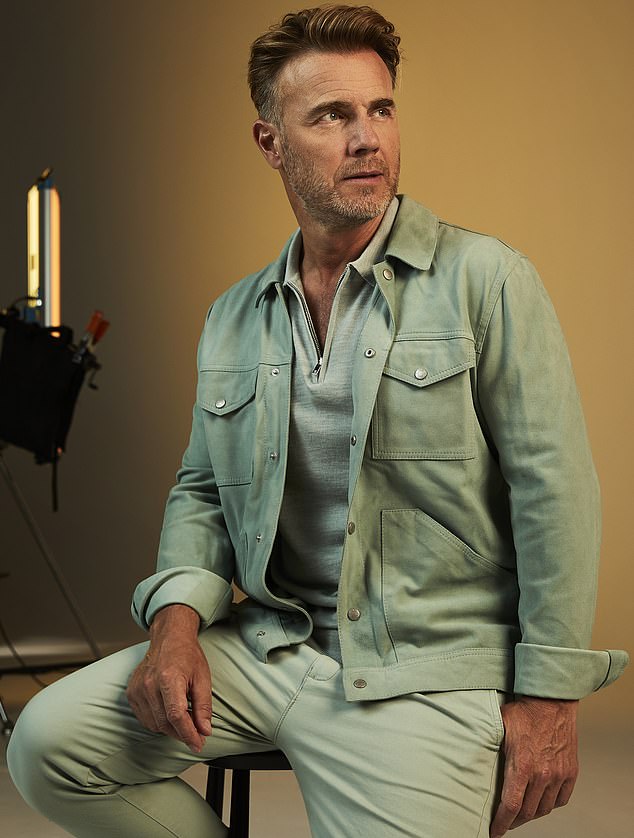 For a musician in a band, going solo is usually a chance to get away from the gang, to do something small and introspective. For Gary Barlow (above) it’s nothing of the sort

It’s a tribute not just to the 1940s heyday of the big band, but to a vanished age that ended only eight months ago, when violinists and trumpeters could make a living without having to drive a supermarket van.

The 14 songs here are all new and well crafted. Barlow captures the spirit of the big-band age, the pace and the pizzazz. The Kind Of Friend I Need, a witty look at male bonding, can even withstand the presence of James Corden.

And it’s neatly offset by the next track, I Didn’t See That Coming, a heartfelt ode to lifelong love.

The musicianship is excellent throughout. There’s just one thing missing: originality. Barlow is better at observing the big-band traditions than transcending them. When he sings Elita, ‘a salsa-infused pop song’, with Michael Bublé and the Colombian star Sebastián Yatra, the power of their voices can’t disguise the obviousness of the material.

You just know that ‘Elita’ is there to rhyme with ‘señorita’. This is salsa by numbers.

If you don’t mind a few cliches, the album is good fun. And it should make for a memorable gig – one day.