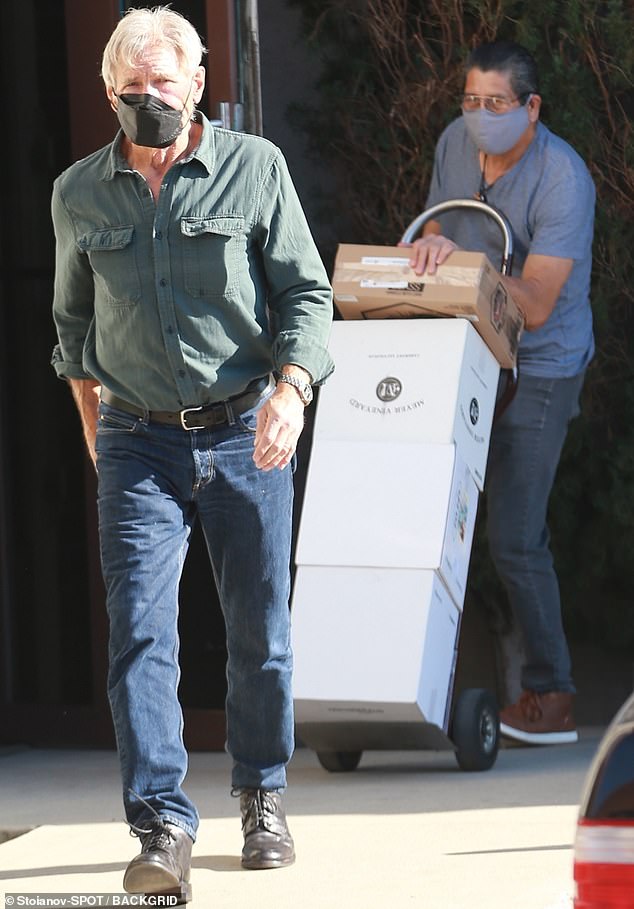 Last call! Harrison Ford swings by LA wine shop to stock up on alcohol a day before California lockdown tightens

Lockdown is about to tighten in California.

And Harrison Ford appeared to be preparing for the situation while out and about this Friday in Los Angeles.

The 78-year-old was glimpsed outside the posh Twenty Twenty Wine Merchants -before most California counties including Los Angeles entered a 10pm-5am curfew that begins this Saturday and is meant to last a month.

Last call! Harrison Ford swings by LA wine shop to stock up on alcohol a day before California lockdown tightens

Harrison cut a dashing figure while spotted out and about, modeling a dark green shirt tucked into a pair of dark jeans.

The Indiana Jones icon slipped into a pair of black leather shoes that matched his face mask and complemented his sunglasses.

He is currently hunkering down in Los Angeles with his third wife Calista Flockhart whom he has been married to since 2010. 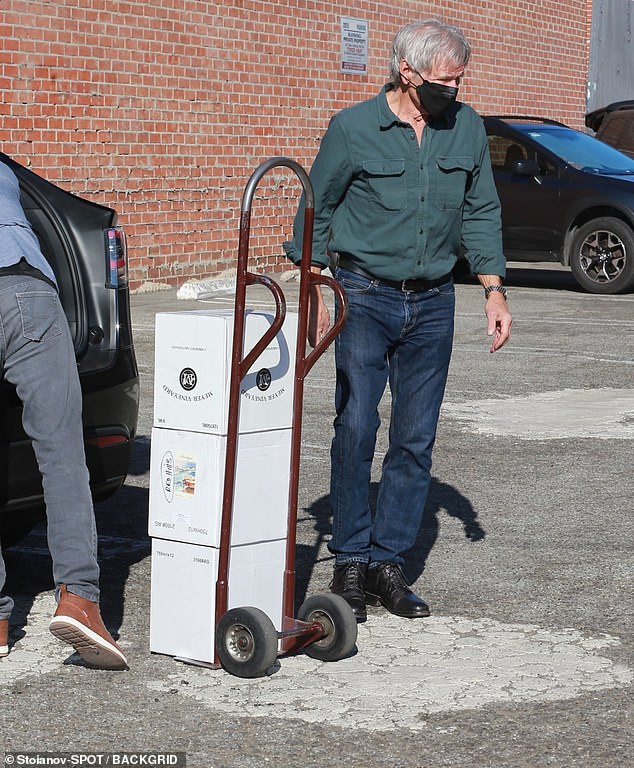 The good stuff: It appeared the Star Wars actor had been stocking up on cases of wine 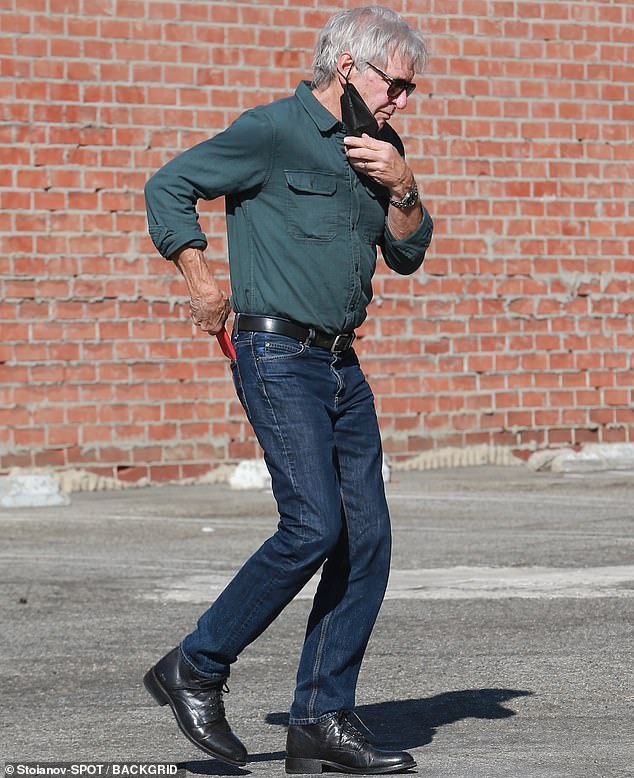 Out and about: The 78-year-old was glimpsed outside Twenty Twenty Wine Merchants – a day before most California counties entered a 10pm-5am curfew starting Saturday

When it comes to tipples Harrison has a fondness for Scotch as he shared during a 2017 episode of The Tonight Show Starring Jimmy Fallon.

He and his host sipped glasses of the Islay single malt Bruichladdich and Harrison demonstrated that he could even pronounce the name.

Harrison revealed that he ‘had a little bit of it in a movie that I made,’ though he declined to get specific about which one. 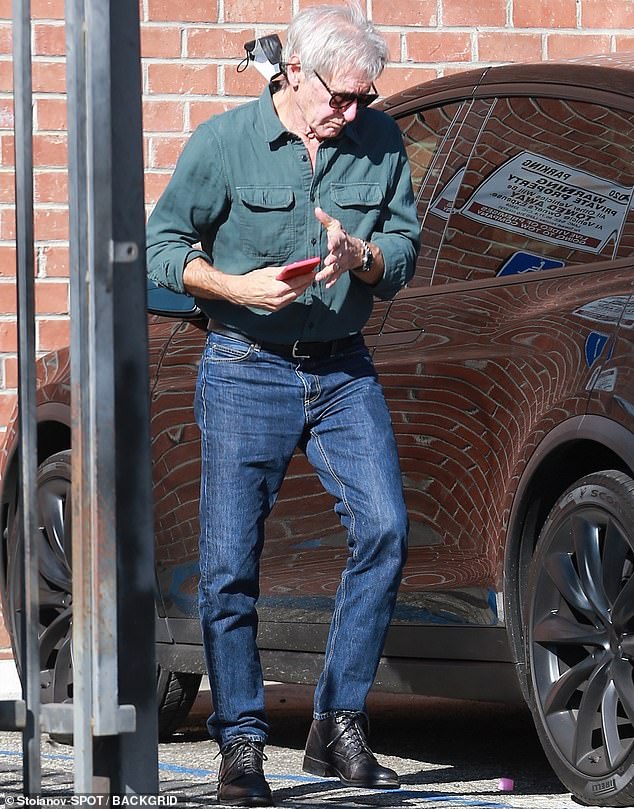 Family matters: He is currently hunkering down in Los Angeles with his third wife Calista Flockhart whom he has been married to since 2010

Before enjoying a glass of spirits with Jimmy however Harrison looked out at Calista in the audience and asked if it was ‘okay’ for him to imbibe.

Harrison’s eldest son Ben, whom he had with his first wife Mary Marquardt, is a chef who happens to have started a gastropub chain called Ford’s Filling Station.

One of its locations is in Los Angeles International Airport – a heartwarming coincidence as Harrison is an avid pilot himself and even has his own hangar.