By Matthew Bond for Event Magazine

Social mobility is a phrase we hear a lot about these days, and quite right too. The idea that someone should be able to succeed academically and improve themselves, regardless of social class or ability to pay, is unarguably a good thing.

But, my goodness, it can be difficult in practice, as Ron Howard’s latest film powerfully shows.

Adapted from a bestselling memoir by J. D. Vance, it’s the story of an intelligent young man who has battled hard to succeed, despite his hillbilly origins in the Appalachians of Kentucky. 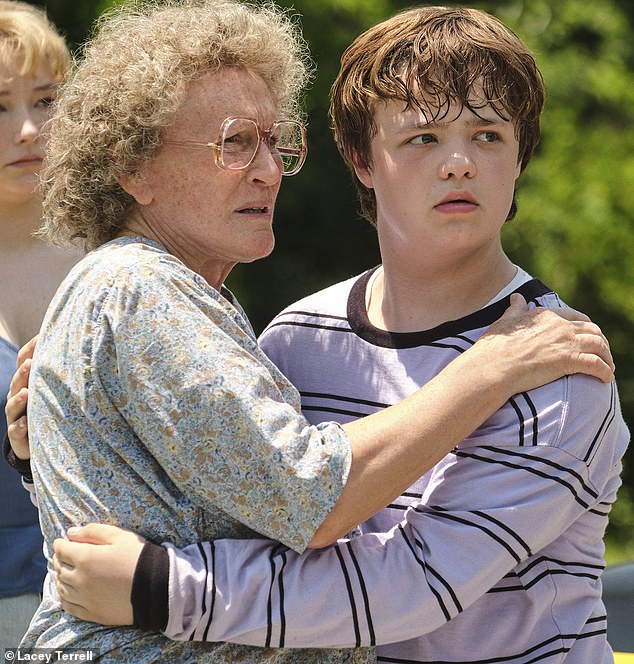 I had to double-check that it really was Glenn Close (above, with Owen Asztalos as young J. D.) being superb as the tough-talking matriarch, Mamaw

His was a boyhood spent in a broken-down land of wood cabins, pick-up trucks and endless bottles of beer.

But somehow he escaped, first via the Marines, and then state university and Yale law school. But even as he prepares for his vital final year, his roots keep calling him back.

His heroin-addicted mother has overdosed and his married sister has had enough, so J.D. has to go back, despite missing interviews vital for his career.

Vanessa Taylor’s screenplay jumps fashionably backwards and forwards in time, making it difficult, initially, not just to understand how J. D. escaped but also the origins of the complex family problems that held – and still hold – him back.

But eventually, and enjoyably, we get there, helped by a trio of top-class female performances.

The preternaturally nice Amy Adams is almost unrecognisable as J. D.’s intelligent but wayward mother, and I had to double-check that it really was Glenn Close (right, with Owen Asztalos as young J. D.) being superb as the tough-talking matriarch, Mamaw.

Haley Bennett brings real depth to J. D.’s sister too, contributing fully to a film that shows the American dream is still alive but definitely in need of help. A bit like the British dream, then.

But it turns out she’s been to Luxor before.

It’s not a film to set the world on fire – the pace is slow but there are enjoyable amounts of sun, exotic foreign climes, extended scenes in those extraordinary ancient ruins, a bit of magic and a quietly upbeat ending.

All of which – amid a winter lockdown – is welcome.