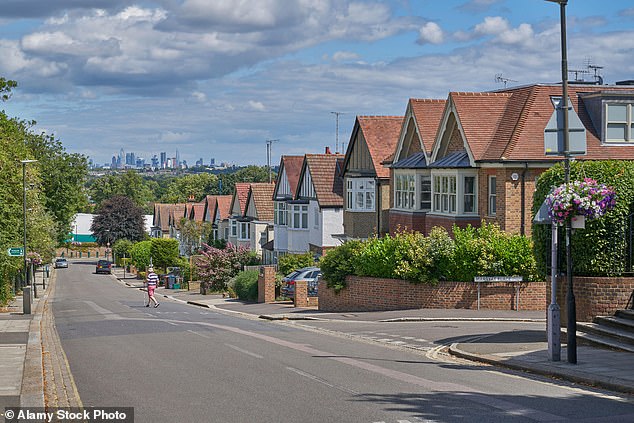 We can argue all day about the Government’s handling of the pandemic, but one thing everyone agrees on is that it has radically changed how and where we live and work.

Now it’s not so much the commuter belt we are interested in as the computer belt — homes in the suburbs with space for gardens and offices.

Suburbs were invented by the British, with areas such as Hampstead Garden Suburb in North London, with its matrix of wide, tree-lined streets and houses with gardens, conceived as an antidote to the crowds and noise of Central London.

Life on the outskirts: A street in Wimbledon Hill, London

For the past half century, however, they have fallen out of fashion, lacking both the grit of inner-city living and the charms of the countryside.

Yet that is changing, and not just in London, as estate agents such as Paul Clarke, of the Midlands-based Mr and Mrs Clarke chain of agencies, will testify.

‘Prices in popular suburbs of Birmingham have increased by 10 per cent on this time last year,’ he says. ‘When good properties come up, there is a stampede.’

One key measure for buyers, he says, is home delivery. The likes of Uber Eats won’t go to the countryside, but will take a meal to the suburbs.

Early this year, estate agency Hamptons International placed Walkden, seven miles from central Manchester, as one of the 20 most sought-after suburbs in the UK; by the summer, 60 per cent of homes there were selling for above the asking price.

It’s the same in London. Hamptons says the number of people who registered to buy in central areas was up by 12 per cent after Chancellor Rishi Sunak announced a stamp duty holiday, but registrations for suburbs shot up by 31 per cent. So what are the super suburbs to head for? 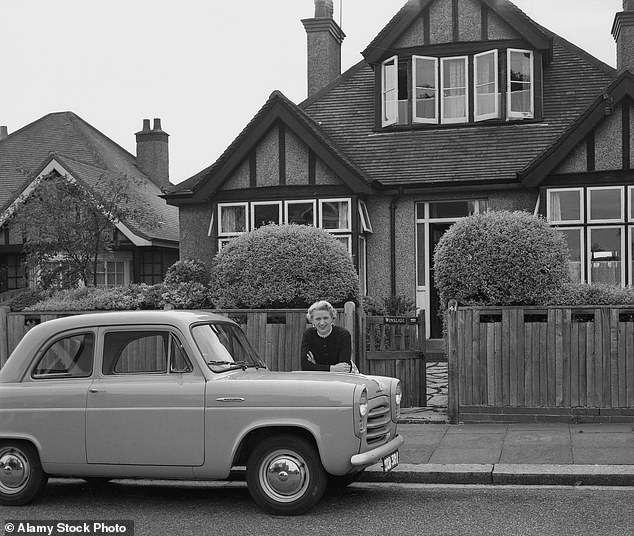 The 1950s utopia: Suburbs were invented by the British, with areas such as Hampstead Garden Suburb in North London conceived as an antidote to the crowds and noise of Central London

Figures from Knight Frank show that values in Central London are down by 4.5 per cent over the year to October.

But in outer areas such as Wimbledon, Dulwich and Belsize Park — upmarket suburbs with village atmospheres — prices have risen by between 1.8 and 3.2 per cent over the past 12 months.

Cardiff city centre has been spectacularly regenerated since the start of the millennium but now suburbs such as Pontcanna and Canton, where leafy streets and large houses with gardens draw in families, are on the up.

Heart of the Midlands

Edgbaston is known best for the cricket but it is also Birmingham’s most affluent suburb. Harborne is a favourite thanks to high-performing schools, while Solihull has 1,500 acres of parkland.

Joys of the North

Salford Quays has been grabbing the headlines. It’s just one square mile and has vast BBC and ITV media bases, although not everyone loves its modern apartments.

Chorlton is more traditional, with a ‘relaxed vibe’, according to estate agency Kaytons.

Glasgow is a small city with a mighty tube system. If it’s a handsome terrace you want, Hillhead is the suburb for you.

Super Suburb: The priciest addresses are the sandstone period houses of Pollokshields on the Southside. Average house price £218,000, says Rightmove.

On the market: Best of both worlds