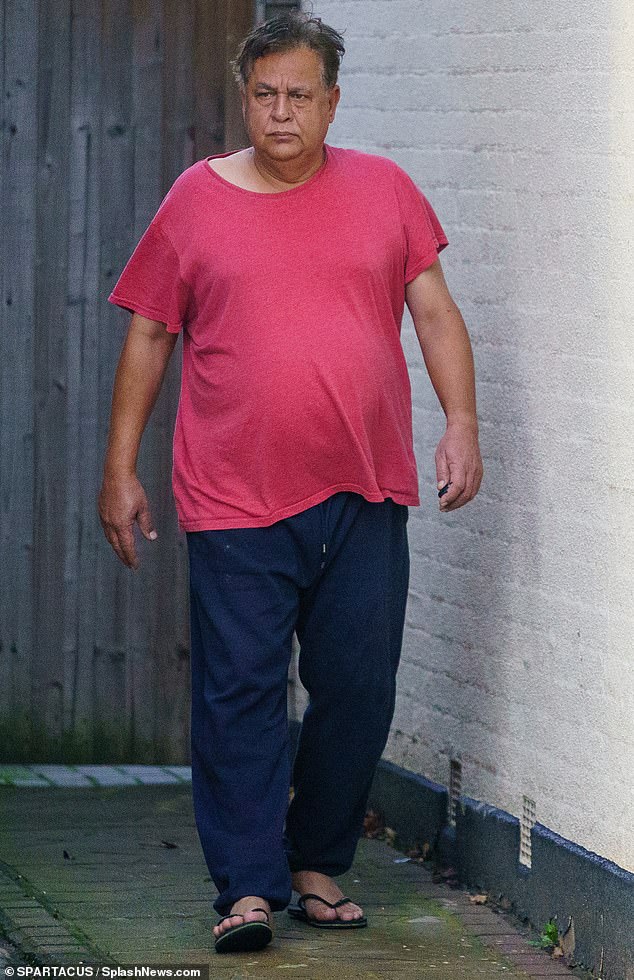 TALK OF THE TOWN: Heart surgeon Hasnat Khan – who had a discreet two-year fling with Princess Diana – seems to cut a less dashing figure these days as he is spotted putting out the bins at his Essex home

He was once described as Mr Wonderful by Princess Diana – who also gave him the nickname ‘Natty’.

The couple had a discreet two-year fling – during which Diana met his family and considered converting to Islam – that ended in the summer of 1997.

Dishevelled: Hasnat Khan outside his home last week. The 62-year-old, who now does humanitarian work in Saudi Arabia, Ethiopia and Pakistan, was pictured putting out the bins

The dashing heart surgeon (right, at Harrow hospital in London) and Princess Diana (left, during a visit to Imran Khan’s cancer hospital in Pakistan) at the time of their fling in the 1990s

The 62-year-old now does humanitarian work in Saudi Arabia, Ethiopia and Pakistan.

My picture shows him at his Essex home putting out the bins – but to be fair he did reappear later in jeans and a smart jacket.

I wonder if the endless repeats of Only Fools And Horses are still paying off for its stars.

I only ask because David ‘Del Boy’ Jason’s company paid £258,000 in corporation tax last year – by my maths that means the 80-year-old earned in the region of £1.3million.

And that doesn’t even include dosh from his book A Del Of A Life, which topped the charts last month. Lovely jubbly!