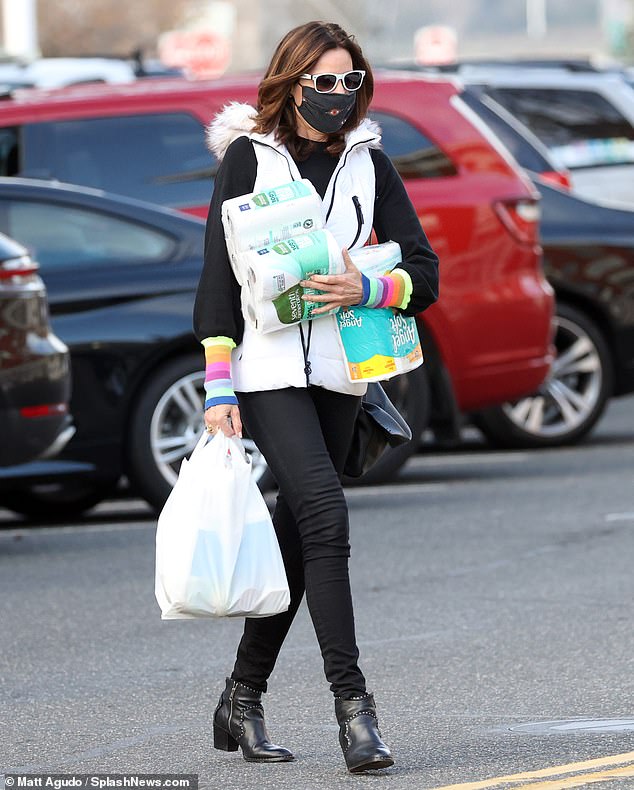 Real Housewife Luann de Lesseps wasn’t above a normal chore while in the Hamptons.

The Countess, 55, was seen grabbing some essentials – among them toilet paper – at a local store before loading up her boyfriend’s Mercedes.

Recently it was confirmed that the Bravo housewife has a new man in her life and is now seeing Hamptons-based trainer Garth Wakeford, 49, who she met on dating app Hinge.

Grocery run: Real Housewife Luann de Lesseps, 55, hit up a Hamptons grocery store over the weekend to stock up on necessary provisions after it was confirmed she was dating local Hamptons trainer Garth Wakeford

The Bravo darling stepped out in black skinny jeans and a pair of studded boots, layering a fur trimmed white down vest over a sweater.

Suited up in a black face mask and a pair of white sunglasses, she had her hands full.

Holding her paper provisions close and a bouquet of colorful roses she walked to her ride looking at ease. 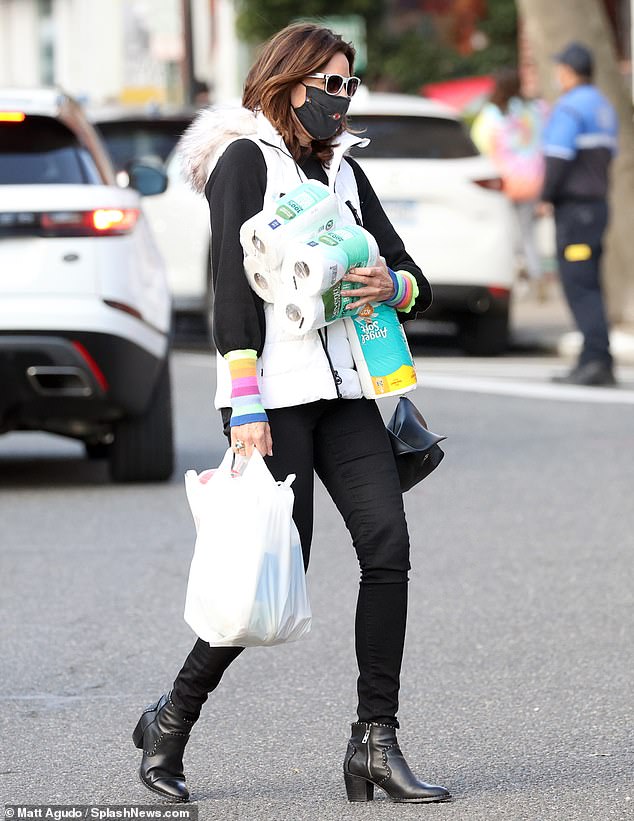 Laidback look: Stepping out in an all black ensemble, she layered up in a white fur trimmed vest 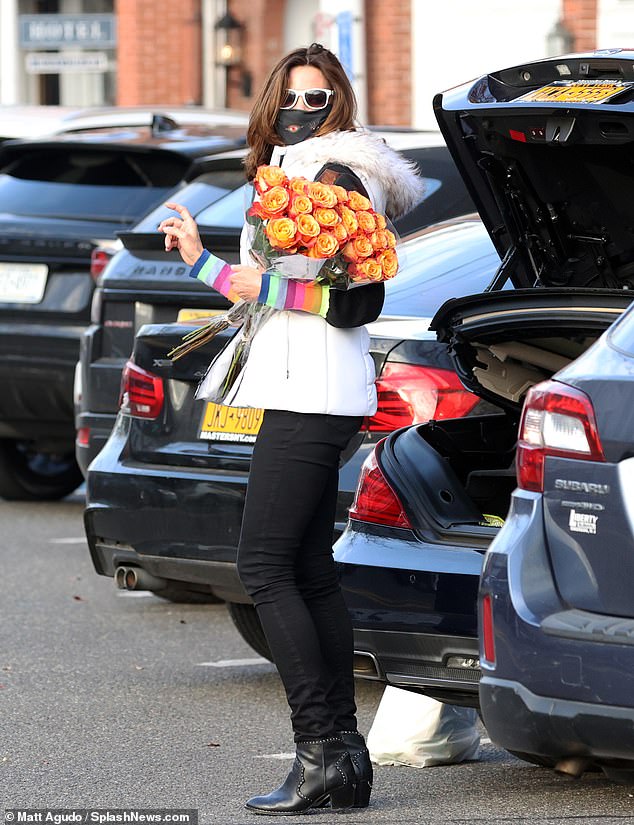 Her boy’s toy: Luann loaded up Wakeford’s Mercedes as the two were previously spotted leaving a Hamptons outing in the navy ride

The outing comes fresh off a budding new romance with a hunky South African fitness trainer and wellness coach who created JULUKA fitness.

Confirming her new relationship status on the podcast Ex Appeal she recounted how she and Wakeford met.

‘We actually met on the dating app … He lives locally in the Hamptons,’ she said.

She continued to say she thought Garth was ‘too good to be true,’ when she first saw him before they met up in person. 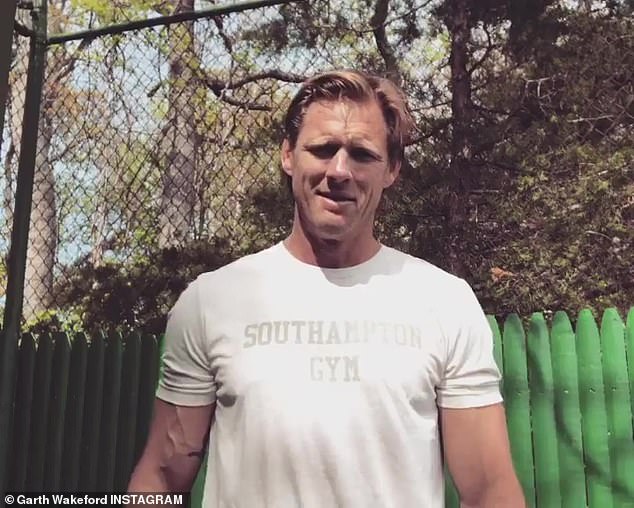 New man: South African trainer Garth met the countess on dating app Hinge as she confirmed the romance on a podcast 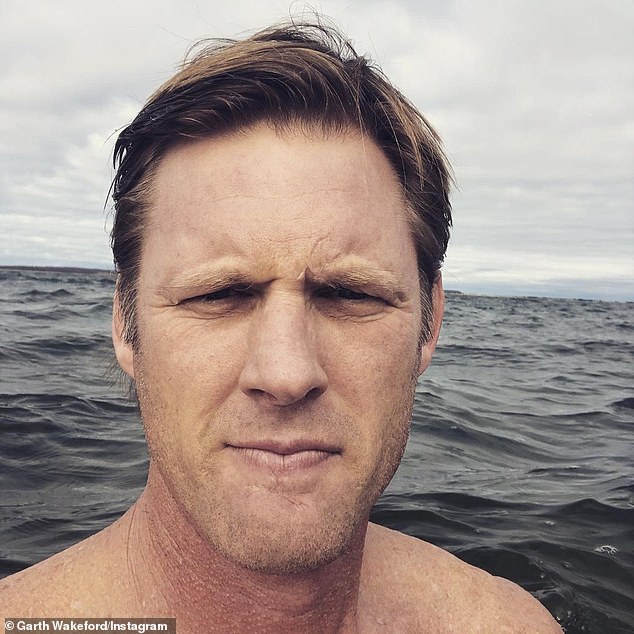 Hunky: The reality star marveled at his strapping nature as she said he looked ‘like a Viking’

Marveling at his strapping nature while on a coffee date she recalled, ‘Oh, my God! He’s exactly what he looks like on the app.’ He’s tall (standing at six foot six), he’s handsome, he looks like a Viking,’ she said.

With her newfound career as a cabaret star and aspiring songstress, Luann said she is also working on a new Christmas tune.

‘We’re trying to turn it around quickly for the holidays and get the video out,’ she said continuing to share that the music video will feature a bevy of familiar faces.

‘There’s a lot of people joining me…I can’t tell you who it’s going to be…you might see a Housewife or two,’ she teased. 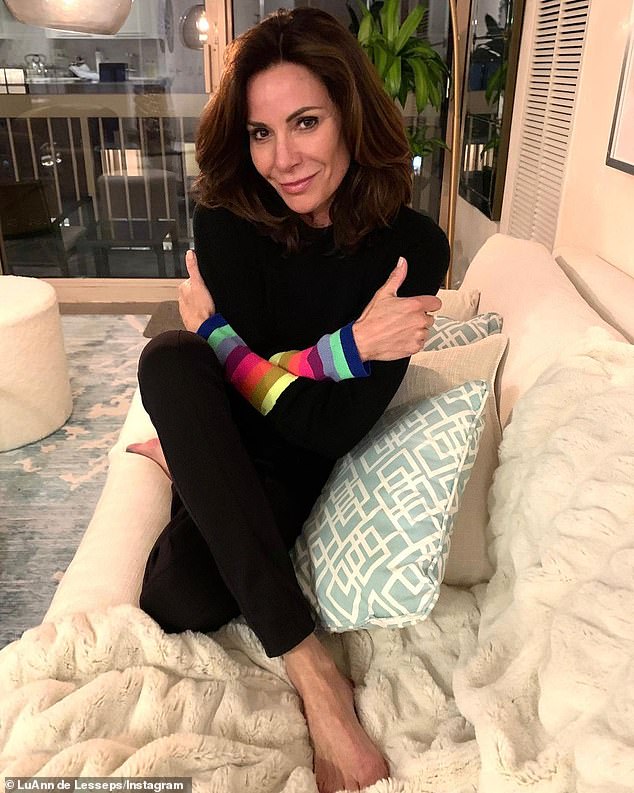 Cozy: Luann posted a snap of herself wrapped up in the same cozy sweater she was spotted out in as she lovingly looked at the camera