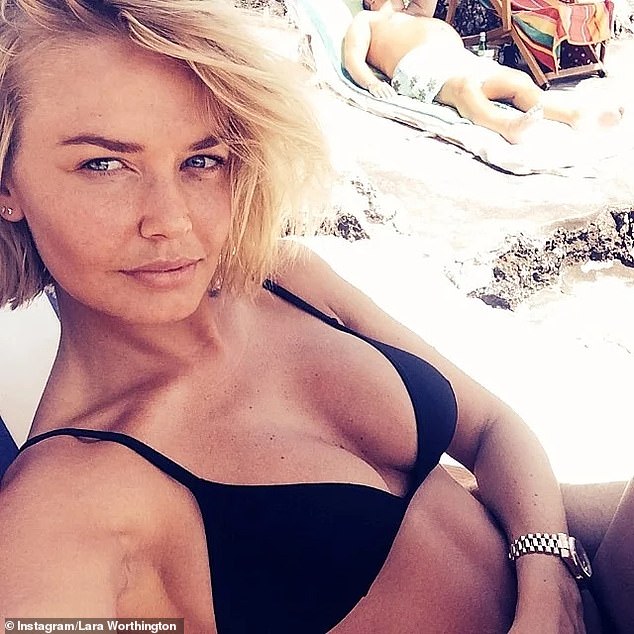 But on Saturday, the 33-year-old surprised fans by showing she has taken up a new hobby when she hit the Texas’ BSR Cable Park and Surf Resort.

Leggy Lara revealed she has started surfing when she uploaded a clip of herself impressively riding the waves in a surf pool.

Masterful: Australian model Lara Bingle, 33, (pictured) showed off her skills in a wave pool as she revealed a surprise new hobby of surfing on Saturday

The Australian model was clad in a wetsuit and she smiled as she spoke of how much she enjoyed learning the new skill.

‘Happy, proud, thrilled (!) to have taken up surfing with you,’ she wrote, tagging her pal Emily Cooper-Given.

She continued: ‘After 6 sessions with the most patient man on the planet Luke Stedman we went to the Texas wave pool. 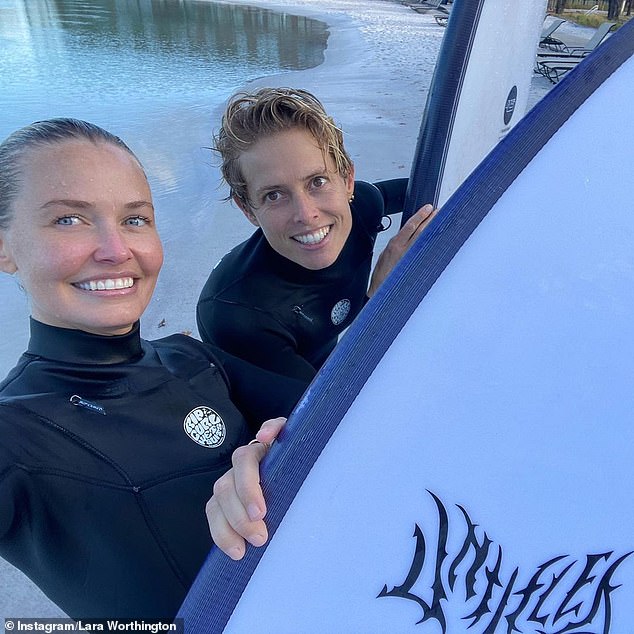 Achievements: ‘Happy, proud, thrilled (!) to have taken up surfing with you,’ she wrote, tagging her pal Emily Cooper-Given (R) in the happy photograph

She finished: ‘I can’t believe we got up!!! Good times, good people.’

Gleeful Lara shared another picture out of the way pool, surrounded by her pals who were also learning the skill.

The Australian editorial model grew up in Sydney’s Cronulla, which boasts a number of surf beaches. 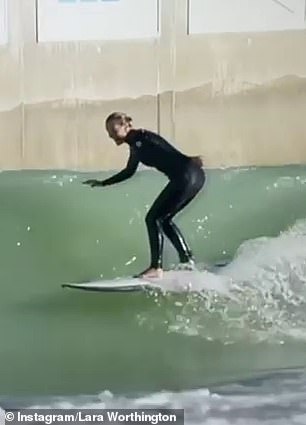 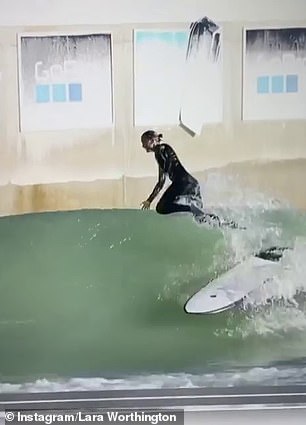 Surf’s up! Lara showed off her impressive skills on the board while at the resort

She now lives in Los Angeles with her husband, actor Sam Worthington.

Sam is best known for playing Jake Sully in the Avatar film series.

Earlier this year, the notoriously private couple welcomed their third child, a boy whose name they haven’t disclosed.

The pair, who are also parents to sons Rocket, four, and Racer, two, are yet to reveal when exactly their baby was born. 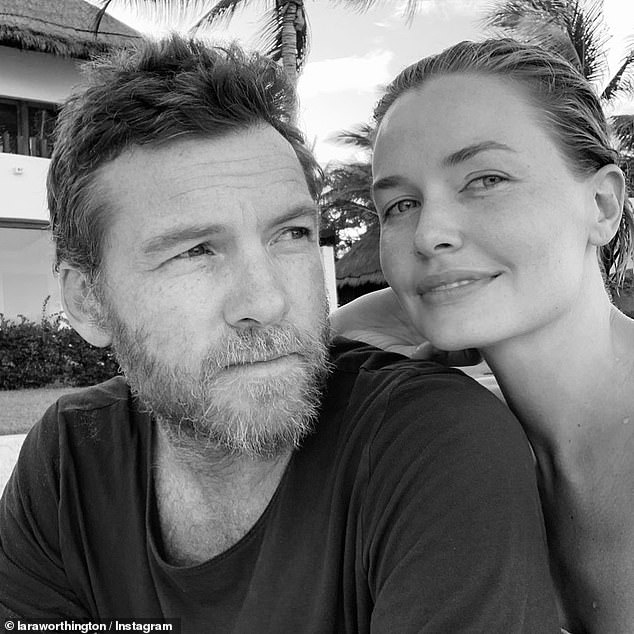