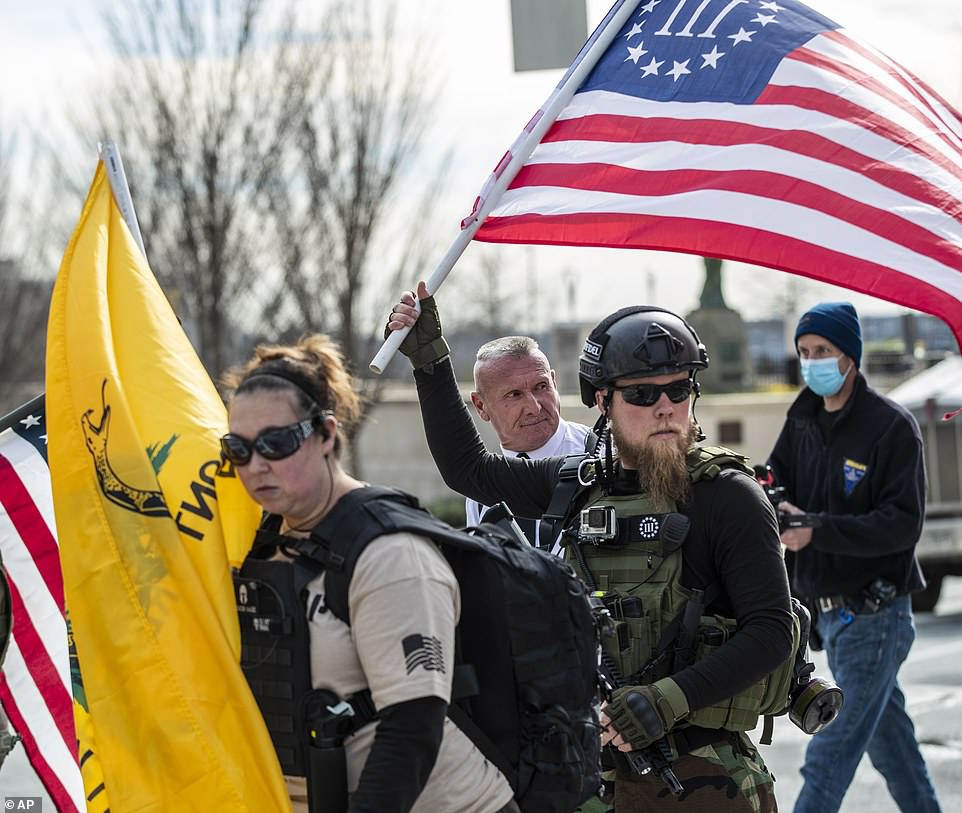 By Luke Kenton For Dailymail.com

Militia members have gathered outside the Georgia Capitol and pro-Trump protesters have reportedly infiltrated the the Kansas statehouse, as riots over the president’s election loss erupt nationwide.

Violence broke out in Washington DC Wednesday after thousands of Trump supporters breached security perimeters at the Capitol with lawmakers inside the House Chamber urged to put on gas masks as tear gas was fired in the Rotunda.

In the hours that have followed, an armed militia has reportedly surrounded Georgia’s State Capitol building, 200 protesters have stormed into Kansas statehouse, and New Mexico’s State Capitol has been evacuated.

Similar scenes have also been reported in Colorado, Oregon and Sacramento, while swaths of demonstrators have taken to the streets in LA outside City Hall, where an unlawful assembly has since been declared.

In Atlanta, Georgia Capitol Police escorted Georgia secretary of state Brad Raffensperger and his staff out of the building shortly before 3pm.

Supporters of Trump attempted to enter the building to deliver ‘written grievances’ about the outgoing president’s November election loss, according to the Atlanta Journal Constitution.

ATLANTA: The crowd consisted of around 25 people, some of whom were carrying assault rifles

OREGON: Protesters hold a rally in support of U.S. President Donald Trump at the Oregon State Capitol in Salem 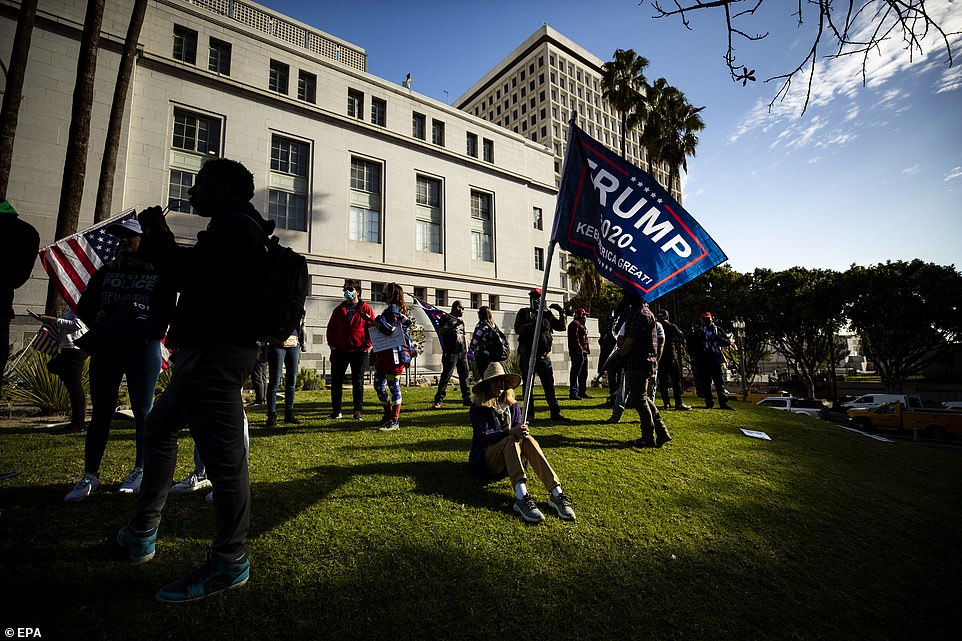 LA: Pro-Trump protesters demonstrate in support of US president Donald Trump in front of the City Hall 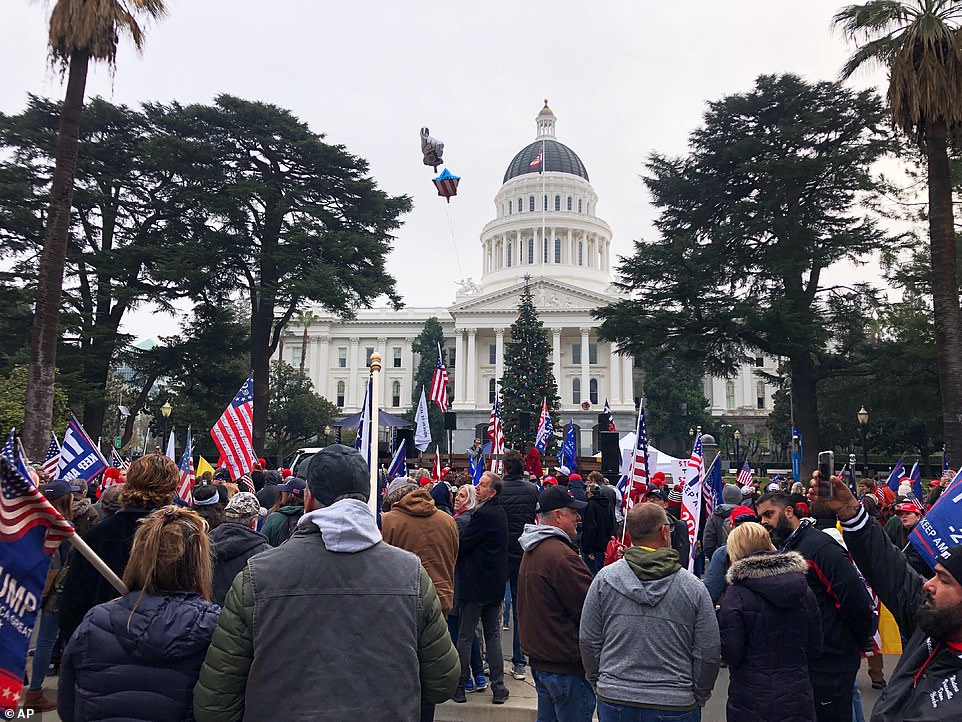 SACRAMENTO: Hundreds also gathered outside of California’s Capitol building on Wednesday, waiving Trump and US flags 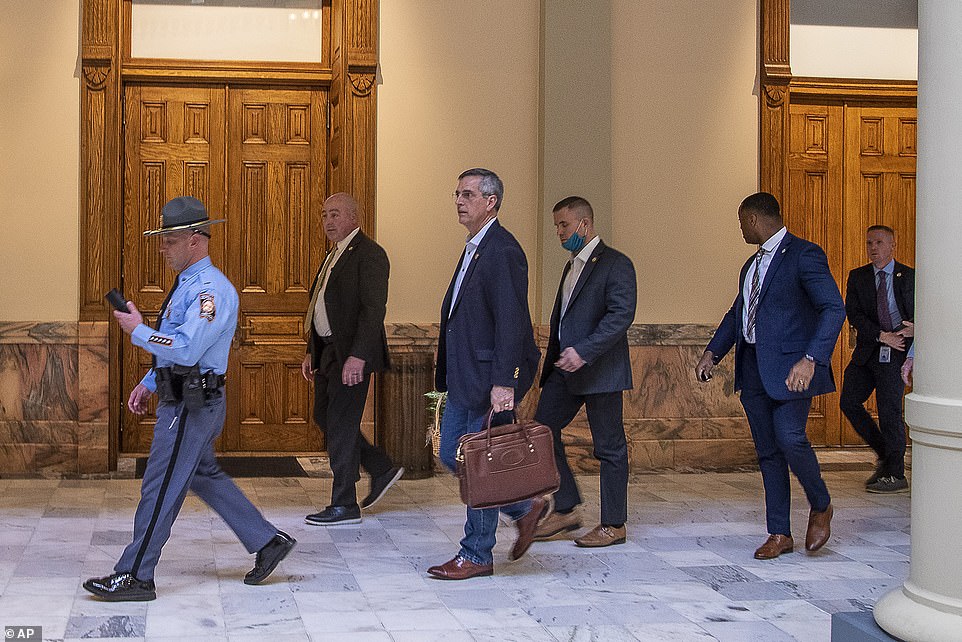 ATLANTA: Georgia Capitol Police escorted Georgia secretary of state Brad Raffensperger (above) and his staff out of the building shortly before 3pm 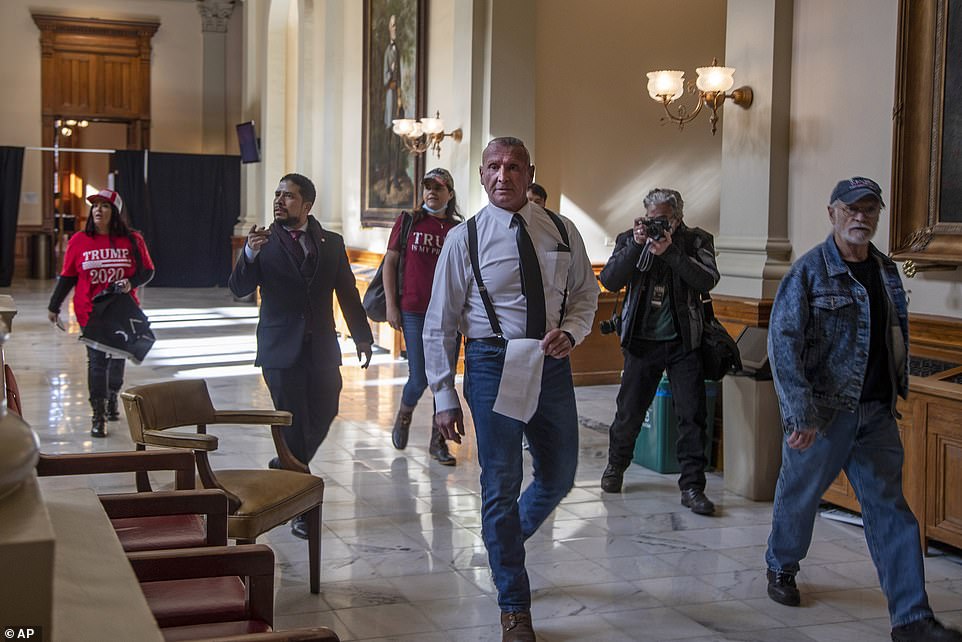 The development followed a small peaceful ‘Stop the Steal’ rally that stood in contrast to the mayhem that erupted in Washington.

The crowd consisted of around 25 people, some of whom were carrying assault rifles, and included some notable figures, namely former Ku Klux Klan leader Chester Doles.

Doles made headlines last month when he posed for a photo with Sen. Kelly Loeffler at a Republican campaign.

While voicing their anger at the outcome of the election, the demonstration was largely peaceful, according to local reports.

Elsewhere in the country, around 200 protesters rallied inside Kansas’ statehouse in Topeka on Wednesday afternoon.

The rally began in early afternoon and while most of the demonstrators left the capitol complex, a few dozen remained in the building with signs and flags in support of the president.

The crowd chanted ‘stop the steal,’ ‘four more years’ and ‘no more masks,’ a reference to many Trump supporters’ opposition to coronavirus restrictions such as requiring people to wear masks in public, KCTV reported.

A spokesperson for the KHP said they were not planning on heightening security in the statehouse building and that individuals in the building were allowed to be there.

It’s unclear if Gov. Laura Kelly was in the building at the time or whether she was evacuated.

This is a developing story… 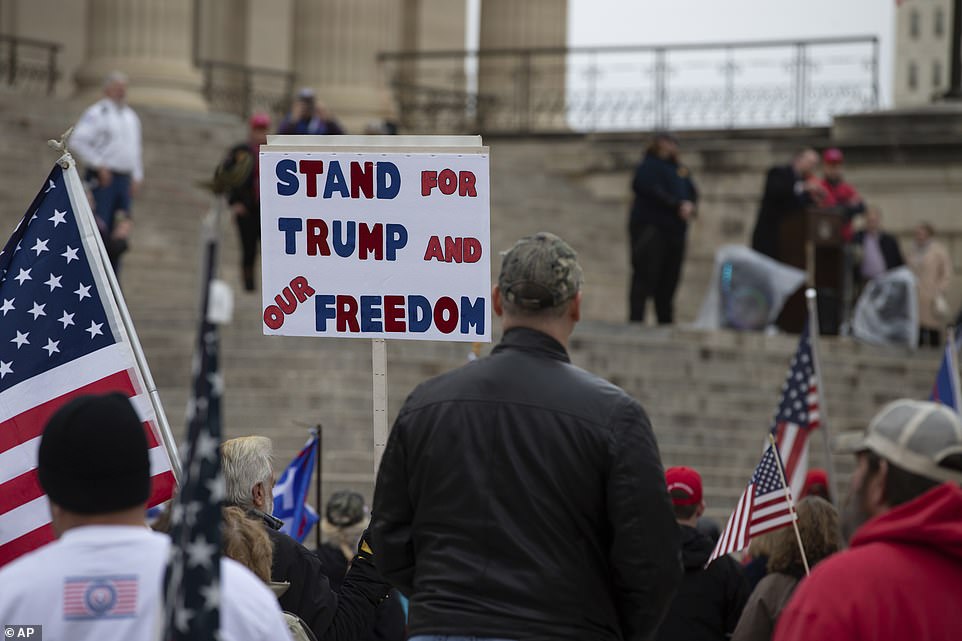 KANSAS: Around 200 protesters rallied inside Kansas’ statehouse in Topeka on Wednesday afternoon