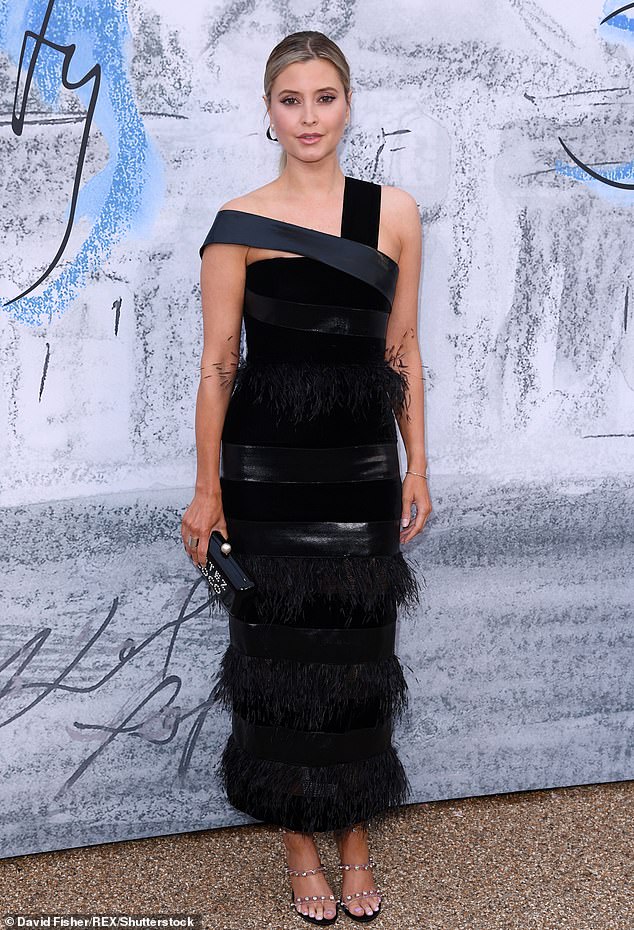 Holly Candy has revealed that becoming a mother inspired her to devote more time to the charity Disability Rights International.

The 37-year-old singer and actress – who raises daughters Luka, seven, and Nova, three, with her billionaire property developer husband Nick Candy – has admitted that the instant she became a mother, her concerns about neglected children grew.

Former Neighbours star Holly told Social Investor magazine: ‘I remember being very teary and tired for the first few weeks after my daughter Luka was born.

Stepping up her efforts: Holly Candy has revealed that becoming a mother inspired her to devote more time to the charity Disability Rights International. Pictured in 2019

‘As I was learning how to be a mother and discovering how utterly reliant and defenceless my baby girl was, it also struck me how horrid life must be for children without a loving family member to hold and kiss them and care for them.

‘This thought still devastates me today. Because of my acting and singing career, I was travelling the world by the time I was 16.

‘Although I came out of that time unscathed, in hindsight, I was a very brave teenager and I would definitely teach my own children to be way more careful when they get to that vulnerable age.

‘I often say that the last day that I relaxed was the day Luka was born because I don’t think I would ever be able to stop worrying about my children. 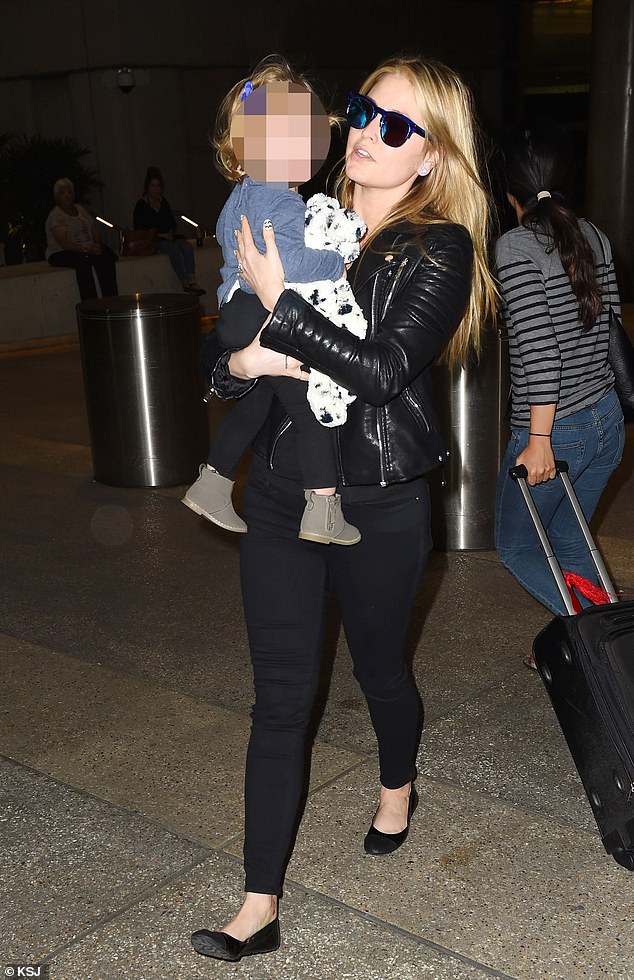 Mother: The Australian star is pictured with her first daughter Luka, now seven, back in 2015

‘However, this also makes me think of just how hopeless the children in [orphanages] must feel with no tribe to defend or look out for them.

‘I think becoming a mother has only made me even more committed to the work that DRI does and to supporting their cause.

‘I hope that through DRI, thousands more baby girls and boys will get to stay with their families and receive the love and care that every human deserves.’

Australian-born Holly has been a DRI Ambassador for over 14 years and is a passionate campaigner for the charity’s work and mission.

The organisation has worked for over two decades, across dozens of countries, to expose human rights abuses against innocent children and adults with disabilities, who are segregated from society in abusive institutions. 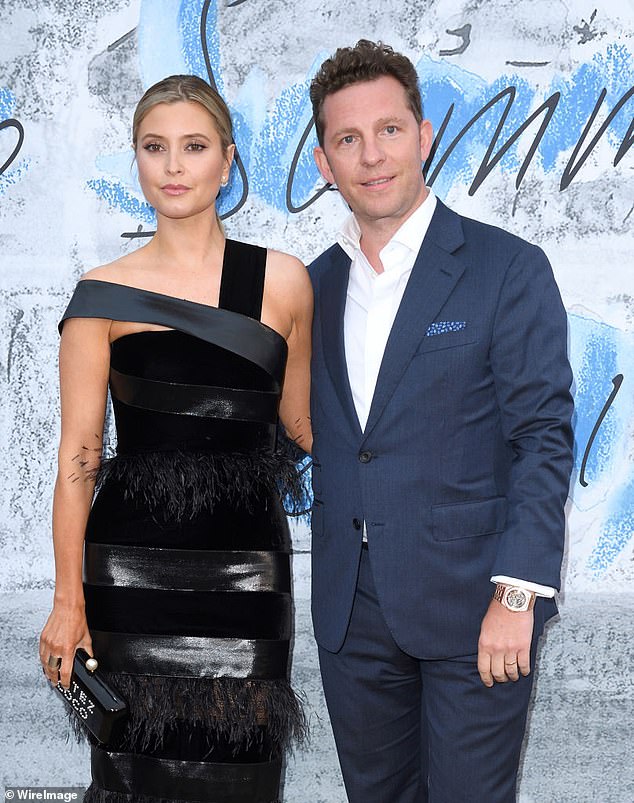 Holly is vocal in her stance that orphanages are not good places for children, particularly those who are disabled, explaining: ‘Children need to be with a family, with love and care. Not shoved en masse into dark buildings miles away from anyone.’

She added: ‘Sadly, orphanages are rarely a good alternative for raising children. No hild can get the care it needs when it is one of so many, being cared for “in bulk”.

‘It’s not how human beings’ brains and bodies thrive. We need family, one-on-one time, and care with one another. Orphanages at their very worst are buildings of terror, rape, organ harvesting, and abuse.

‘Even at their best, orphanages are often buildings of neglect, boredom, and squalor. We should be wary of businesses and charities offering the opportunity to work in, visit, or help support orphanages. Being informed is important and the responsible thing to do.’ 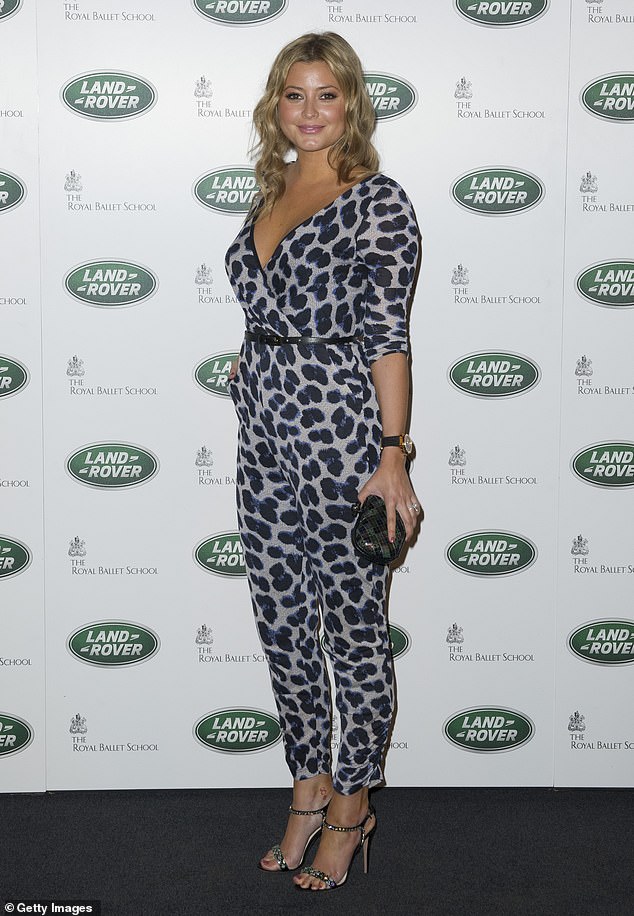 Passionate: Australian-born Holly has been a DRI Ambassador for over 14 years and is a passionate campaigner for the charity’s work and mission

Speaking of the impact her charity of choice has already had, Holly noted: ‘Having visited Serbia personally with DRI, the “hell holes” (there is no other way to describe them) we visited are no longer operating.

‘There are programs now in the region to educate people. Health and social care workers can provide support to parents so that they can keep their beloved children. This is better for the child, better for society, and better for government.

‘Orphanages are more expensive to run than supporting families and they can’t do what families do extremely well — raise a human being with love and dignity.’

The couple married back in September 2012 in a lavish ceremony held in Beverly Hills and are now parents to two daughters, Luka, seven, and Nova, three.

In 2019, former Neighbours star Holly spoke about motherhood and admitted she felt ‘terrified’ after giving birth to her eldest daughter.

Speaking during an interview on the Made By Mammas podcast, Holly said: ‘At the beginning with Luka, I thought it was absolutely terrifying. It’s like the best and worst thing to ever happen to you.’

She continued: ‘It’s terrifying. You’re exploding with love but you don’t know what you’re doing. You’re absolutely exhausted and fumbling around just trying to survive.’ 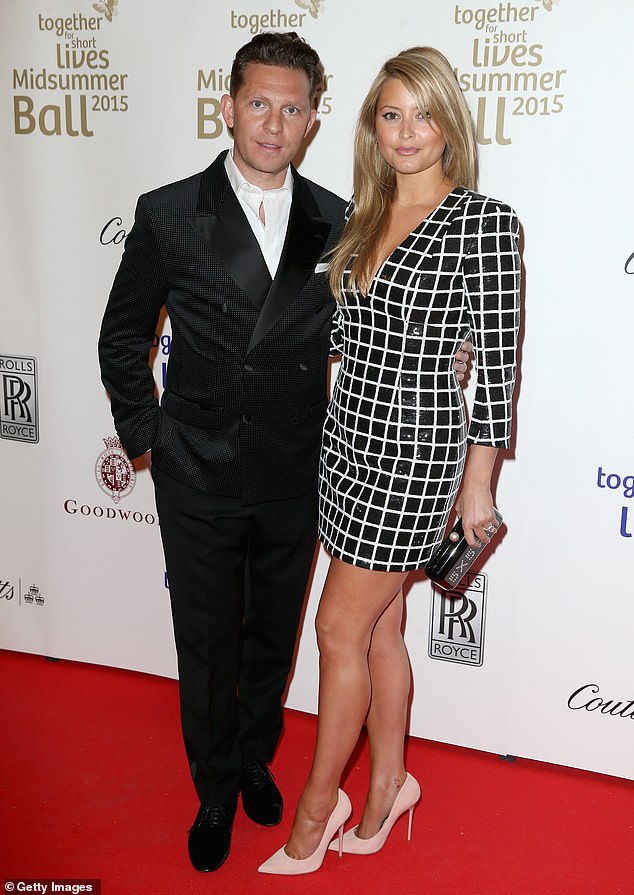 Stance: Holly said. ‘Orphanages are more expensive to run than supporting families and they can’t do what families do extremely well — raise a human being with love and dignity’