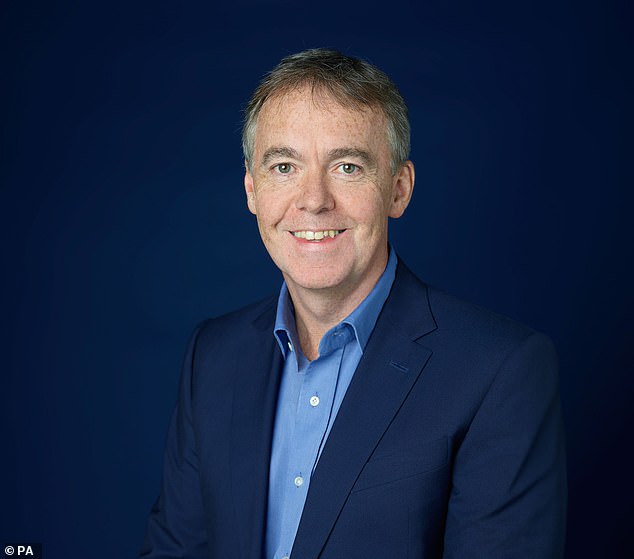 Sky’s chief executive has announced he will step down from his position after leading the company for 13 years.

Jeremy Darroch, 58, who has been CEO of Sky since 2007, will step down as chief executive but will take the role of executive chairman until the end of 2021 to ensure a smooth transition.

He will be succeeded by the former Virgin Media boss Dana Strong who is currently the president of consumer services at Comcast Cable – the US’s largest broadband and pay TV operator.

Mr Darroch’s time in charge makes him one of the longest-serving chief executives of a major company in the UK.

Sky’s chief executive Jeremy Darroch, 58, who oversaw the company’s privatisation in 2018, said it ‘had been a privilege to lead Sky for 13 years’ after he announced he would be stepping down from his role

He oversaw the company’s privatisation in 2018, when Comcast paid £30 billion to see off a rival bid from Rupert Murdoch’s Fox to buy the listed company.

Announcing his decision to step down Mr Darroch said: ‘It has been a privilege to lead Sky for 13 years, and an experience that I have looked forward to every day, so the decision to leave has not been easy.

‘But with the business firmly settled into the wider Comcast Corporation and a strong plan in place, now is the right time.

‘I feel incredibly lucky to have been surrounded by colleagues who care as deeply as I do about this business and our customers and work tirelessly every day to make their lives better. I would like to thank all of my colleagues at Sky and also Brian and the team at Comcast who I have thoroughly enjoyed working with.’

He added: ‘I have always believed that successful, sustainable businesses have a vital role to support thriving communities and can contribute much more to wider society.

‘This thought has guided me through the last 13 years at Sky and will continue to so in whatever I do next. I have no doubt that Dana will take Sky into a new and exciting future.

‘Her proven record for leading telecommunications and media businesses coupled with her experience in the US, UK and Europe will be great assets to Sky and I look forward to working with her as she takes the reins.’

Ms Strong was educated at the University of Pennsylvania, but was based in London between 2013 and 2018, with stints at Virgin Media and Liberty Global.

Most recently she has been president of consumer services at Comcast Cable, the US’s largest broadband and pay TV operator. The division has more than 30 million customers and 58 billion dollars (£43 billion) in revenue.

She had more than 25 years of international experience in global telecommunications and media. 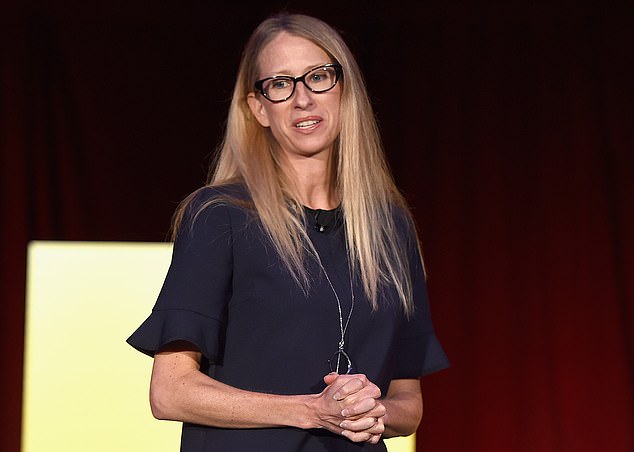 Dana Strong, who is currently the president of consumer services at Comcast Cable, will take over from Mr Darroch

Ms Strong said: ‘There are few businesses that have the track record of Sky, and I am delighted to have the opportunity to lead the company.

‘I’ve always admired Sky’s innovation, brand, and exceptional focus on the customer. I look forward to working with this incredible team to continue to grow the business and shape the next chapter for Sky.’

Comcast chief executive Brian Roberts said: ‘Jeremy has been a terrific colleague to me and everyone at Sky, but I respect his decision that now is the time for him to make a change.

‘I am pleased that he’s agreed to stay on to help with the transition to new leadership, and will continue to advise me and the company.’

He called Ms Strong an ‘accomplished executive with an extraordinary ability to transform, inspire and drive positive change’.