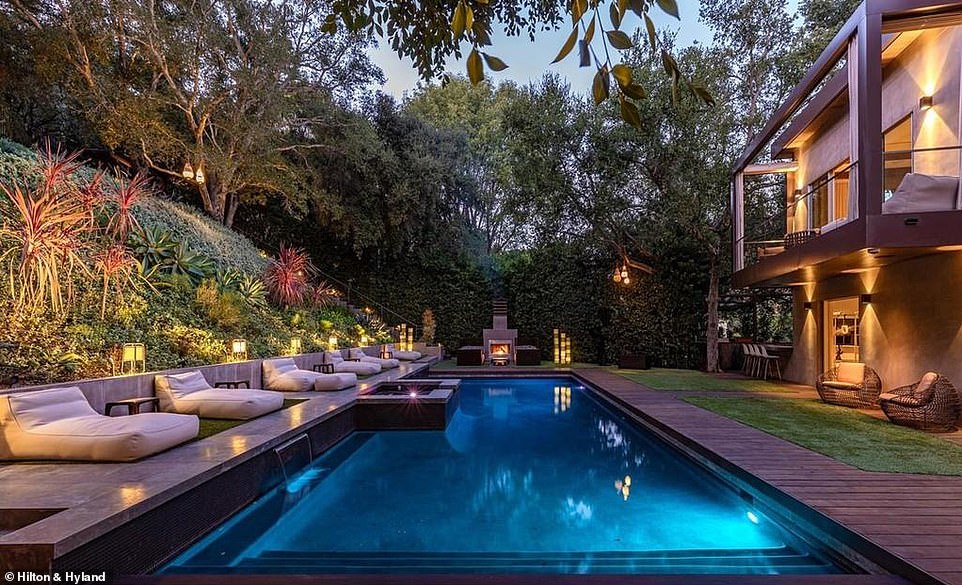 Chelsea Handler finally sells off her heavily renovated Bel-Air mansion with sauna and personal gym for $10.5 million… two years after first putting it on the market

After more than two years of having the home on and off the market, the comedienne accepted an offer of $10.5M on January 3rd, according to the New York Post.

Since purchasing the 5,572 square foot home in 2010, the property has undergone extensive renovations in order to achieve Handler’s desired California cool aesthetic.

Photos of the property show Handler achieved just that, with the home embracing a modern yet chic design.

Tucked into a built-in hillside, the home boasts large, floor-to ceiling windows that allow residents to admire the lush outdoors.

The master bedroom contains beam ceilings, sleek wooden floors, and a peaceful view of the many succulents planted just outside. 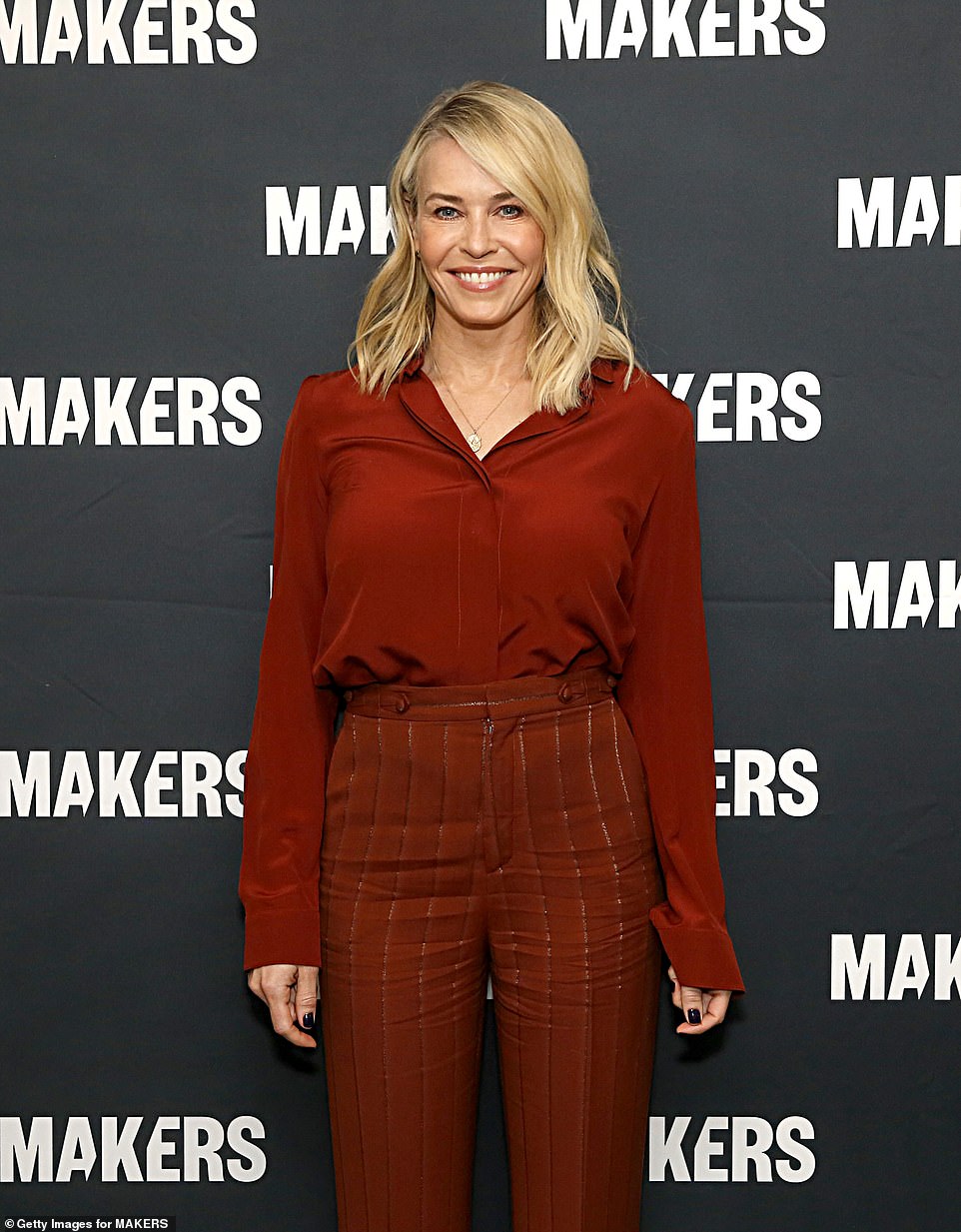 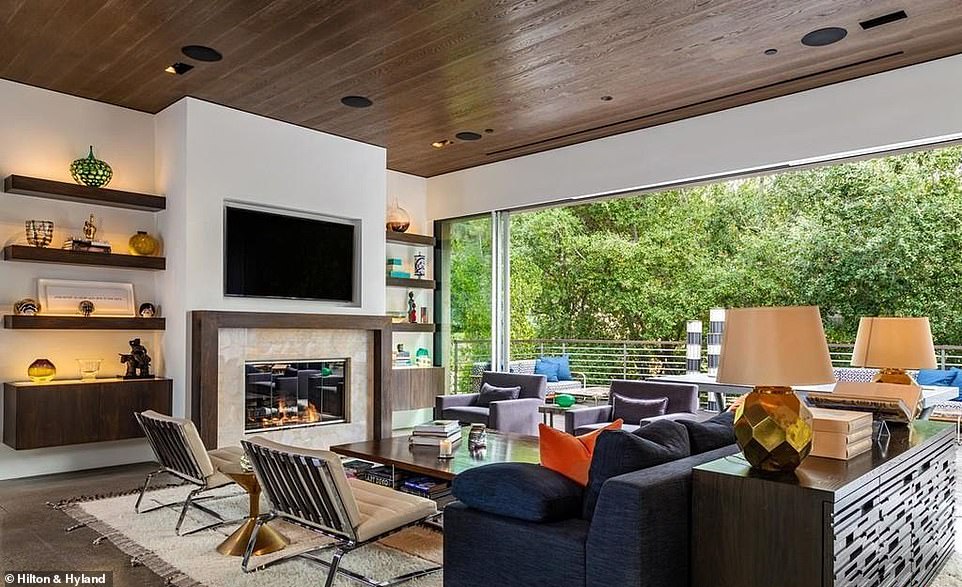 Spacious: Large windows allow access to a neighboring patio and for plenty of sunshine to splash inside 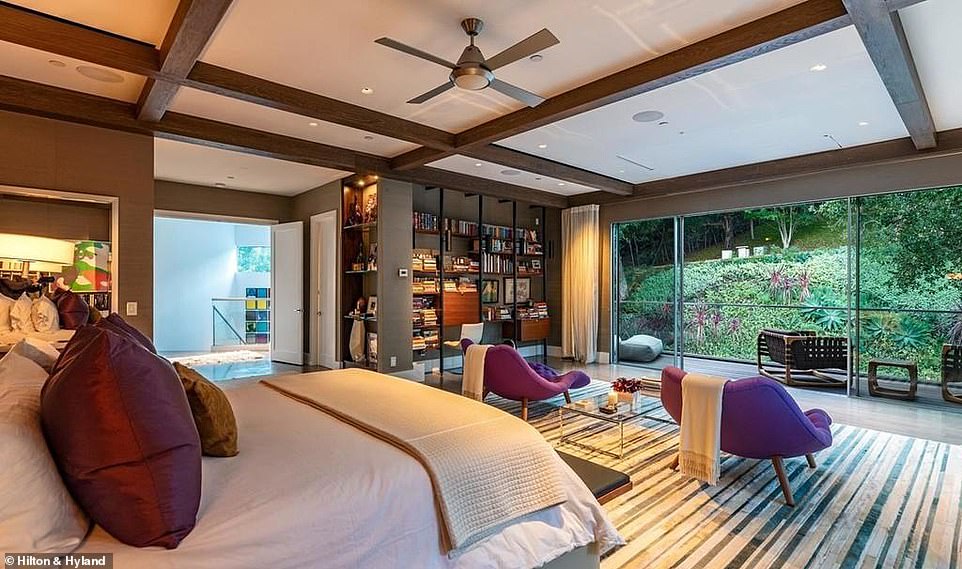 R&R: One of the six bedrooms boasts an incredible view of the desert garden

Transformation: Handler was initially not head over heels in love with the house when she first purchased the gated property in 2010, prompting her to completely renovate the place

With a plethora of luxurious amenities on site, residents won’t need to wander far off in order to stay entertained.

Chelsea’s home boasts a pool, a sauna, a chef’s kitchen, a games room, a den with fireplace, and even a home gym she had converted from a bedroom during the renovation process.

The home has been off and on the market several times, ever since Chelsea first listed it in 2018 for $11.5 million before slashing $550,000 off the price.

She eventually removed it from the market, before listing it again in September 2020, according to the Post. 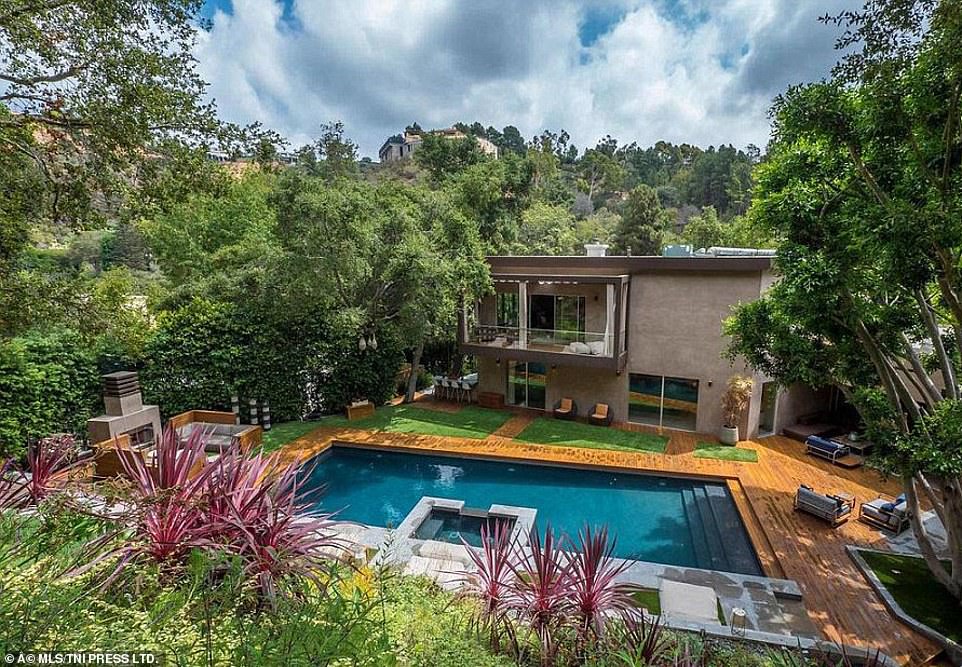 Making a splash! A large pool sits at the center of the spacious backyard 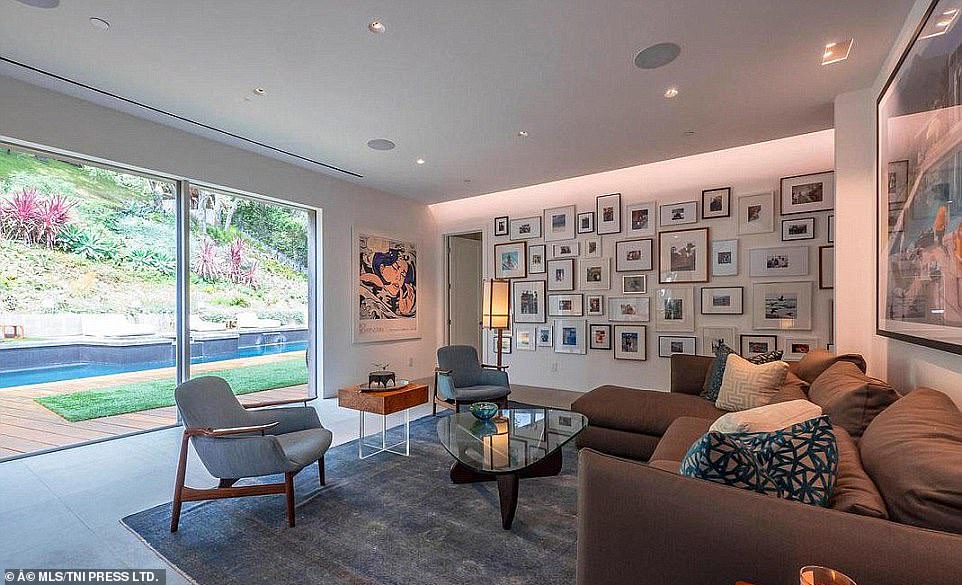 Peace and quiet: Nestled into a hillside, the home is the perfect LA retreat 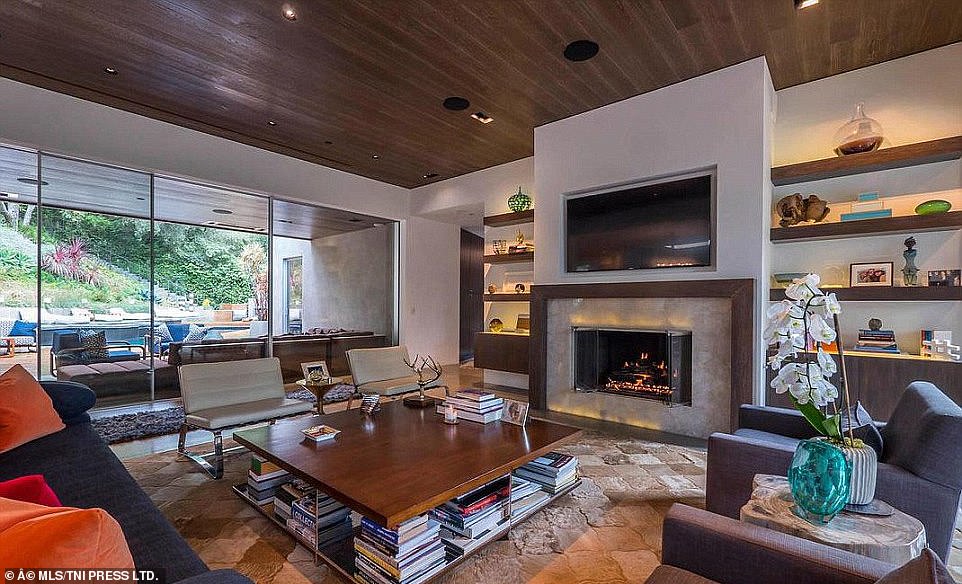 Kick back and relax: With a plethora of luxurious amenities on site, residents won’t need to wander far off in order to stay entertained

Handler was initially not head over heels in love with the gated property when she first purchased it in 2010, prompting her to completely renovate the place.

‘I just committed to putting a lot of work into it,’ she told Architectural Digest in 2019.

‘It ended up being a great learning experience… We tore the house apart, inside and out, while keeping the main frame. I had to move out a couple of times, and I did a lot of construction — but I just really wanted it to have that indoor-outdoor California vibe.’

‘We put in that hillside,’ she added. ‘I wanted to have some sort of moving carpet. I wanted it to just be a place where, if my friends come over and do mushrooms, we have something to look at.’ 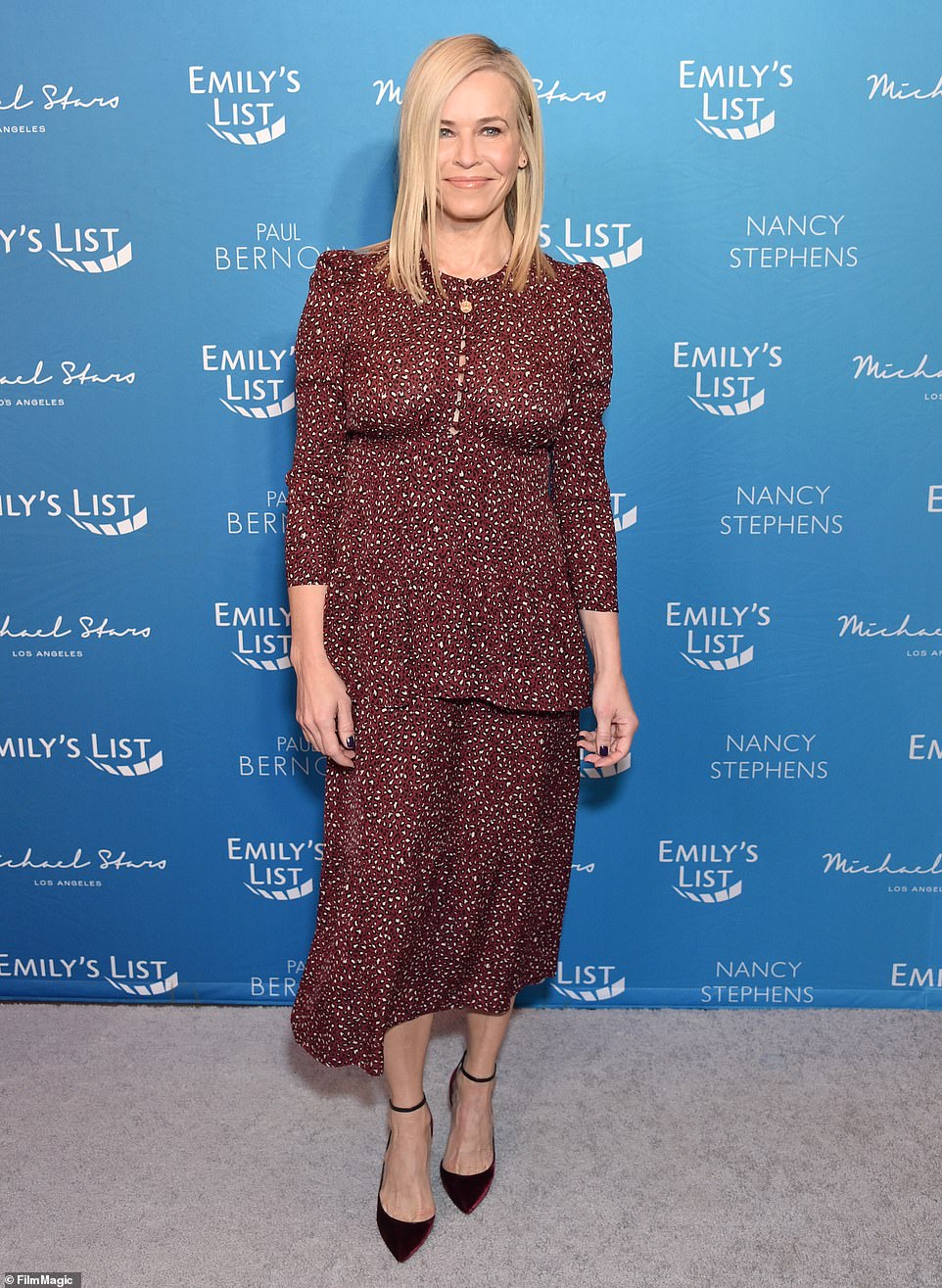 ‘I just committed to putting a lot of work into it’: Handler described renovating her home in an interview with Architectural Digest in 2019 (pictured February 2020)