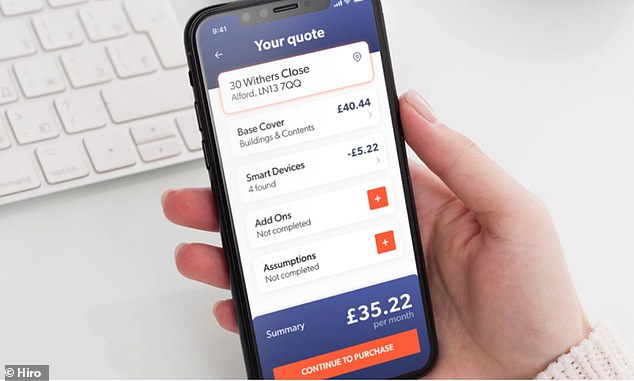 A new home insurer which is set to launch soon is promising to reward its customers for using smart home technology.

Hiro, which is currently taking pre-registrations and boldly claims it will be ‘the most technologically advanced insurer on the planet.’

It says the main difference between itself and other insurers is that customers who have more smart home technology products will pay cheaper premiums.

This includes devices such as Ring doorbells, which allow you to see who is at your door before answering and smart thermostats that automatically adjust the heat of a room.

Hiro, the home insurer, will give discounts to customers who own smart home technology

A study of 3,000 people conducted for the company found that 70 per cent of smart tech homeowners have not made a claim in last five years and 66 per cent now own at least one smart device.

Across the three main categories for claims – water damage, theft, fire – homeowners with smart tech devices have made fewer claims beyond £5,000 than those without devices, Hiro claims.

When launched, customers will be able to download a Hiro app which has been in development for months.

This app will run a process to detect users’ smart devices that are connected to the same Wi-Fi network in the customer’s home.

Smart devices could range from a number of things including smart security lights, which can send notifications of any strange activity to your smartphone, to smart doorbells which will let you see who is outside of your house when they ring the bell.

The company claims that customers will be able to access a members-only marketplace where they can buy smart technology that can protect your home at discounted prices – with up to 25 per cent off.

By encouraging customers to buy smart technology, the insurer believes it will actively help prevent severe events from happening.

For example, if a customer has a LeakBot installed, which detects potential leaks at the source, customers can then quickly resolve the issue rather than having to wait for a full scale problem to become apparent.

Hiro says it is also different from many other insurers as customers are not tied in to an annual contract and instead sign up to a monthly subscription they can cancel at any time, with no cancellation fees and no admin fees. 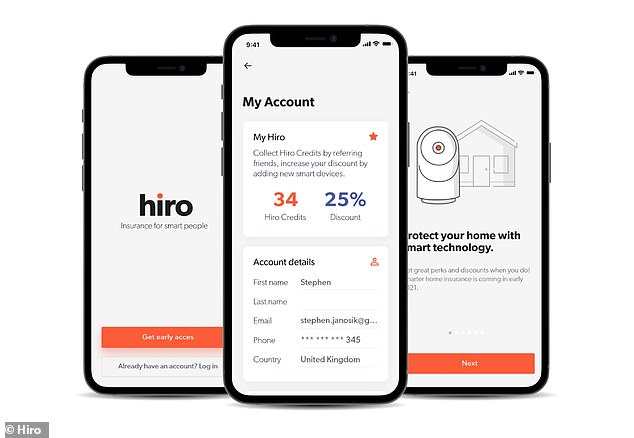 Another of its unique selling points is that it that it says it is looking to reward its loyal customers and swerve away from the so-called loyalty penalty where those who have been with a company longer pay more.

It is also offering Hiro credits – a referral scheme in place for the Hiro brand.

Users are granted credits for referring friends and family to the Hiro offering and the credits then secure a discount on Hiro insurance policies.

Whilst much of the work on the product has already been completed, with the service planning to launch early this year, it it to start crowdfunding on 18 January.

However, the firm has secured financial backing and is Finance Conduct Authority registered.

Krystian Zajac, chief executive of Hiro, said: ‘Insurance is currently locked in this weird stand-off with customers where the vast majority of customers don’t trust insurers to pay out, and yet payouts are the number one cost-center for insurers.

‘Hiro is about putting customers and insurers on the same team for the first time – working together to prevent the most common causes of damage, and thereby reducing costs for everyone.’

This is Money previously probed the home insurance industry last February as to  whether they would discount premiums if households had smart tech.

Most offered no change for those who have smart technology but said it encourages households to protect their home as much as possible. 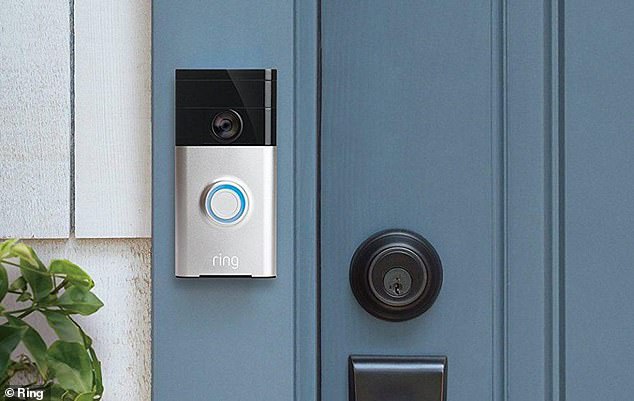 Smart tech: A Ring doorbell shows households who is outside their door before they open it

Meanwhile, separate research has revealed that home thefts were down by 34 per cent over the last nine months.

This is likely due to households being at home more often thanks to the lockdown, deterring thieves, according to research from LV= General Insurance.

However, it also found that garden thefts were up by 21 per cent, compared to the same time the year before.

This may be due to more households purchasing garden furniture as they spend more time in their own homes.

Due to this, fire claims from bonfires also doubled, increasing by 225 per cent.

There was also an increase in claims for blockages and tech damages as people continue to work from home.

Martin Milliner, claims director at LV= GI said: ‘Since the first lockdown in March last year, many of us have been spending more time at home, and our home insurance trend data certainly reflects that.

‘Being at home more often means we’re more likely to drop things and have accidents inside, whereas we’ve seen a decrease in claims from outside the home such as accidental loss. It’s also encouraging to see a decrease in burglary claims.

‘With the country now back in lockdown, we expect we’ll see these trends pick up again and we’d encourage homeowners to think about some of the steps they can take to look after their home, gardens and contents.

‘Activities such as a bonfire can be a serious risk if it gets out of control, so please do take care and never leave one unattended.’