When my marriage broke down in 2015, one of my first priorities was separating my finances from my ex-husband.

Over 17 years, he had been abusive and had a number of addictions, including to drugs, alcohol and gambling.

I visited NatWest and poured my heart out. I was reassured our joint accounts would be closed and new accounts opened in my name. Then, last August, I discovered £23,500 was missing from my account.

Sometimes joint finances can become tricky when relationships end, as one reader reveals

After a number of fretful phone calls to the bank, I was told my ex-husband, with whom I had not been in contact since the split, had made the withdrawal using online banking. NatWest asked me if I had made the transfer, then froze all my accounts with no explanation.

It told me his name had been on the account all along and it was my fault for not checking. I also reported it to the police but it said it was a civil matter. I don’t know what else I could have done, and it just feels like the bank does not want to know.

A: This is a terrifying example of what can happen with joint finances when relationships end. You have spent the past five years rebuilding your life for you and your four children.

Covid-19 prevented you working as a childminder for six months, so you were forced to sell your motorhome to support your family and pay for roof repairs. It was after the sale that your ex-husband took the money.

You say you have no idea how he knew about the sale of the motorhome, nor how he accessed your account. Even when you were together, he did not use online banking.

I asked NatWest why he was still able to access your account, despite the bank assuring you otherwise five years ago. It told me that when you filled out the forms, you did not include the joint savings account.

You say you do not remember this and, as far as I’m concerned, it’s irrelevant – NatWest was fully aware of your circumstances and I believe if a joint account had been left off a form, it should have double-checked that you did not want it included.

Regardless, in 2019, when you received a car insurance renewal with your ex-husband’s name on it, you called NatWest to double-check he was no longer linked to any of your family’s accounts. You say it confirmed this was the case. 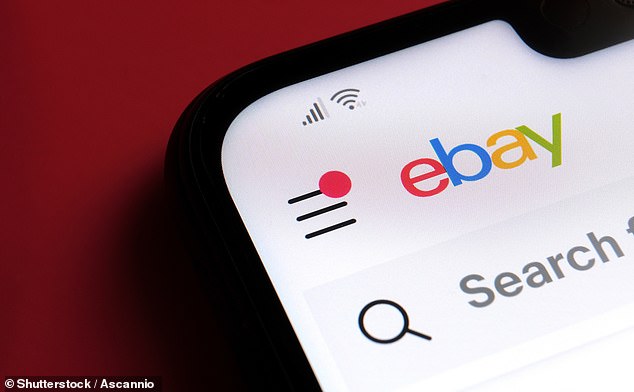 I am pleased to say NatWest has now done the right thing and repaid you the £23,500. A spokesman says: ‘We are glad we have been able to help Ms S get all her money back.’

Q: I listed my granddaughter’s Fiat 500 on eBay for £4,900, but it did not sell. Later, I received a bill for around £20. My son explained this was the listing fee, so I paid. Then I received another bill, this time for £55. I had no idea there were big charges for listing cars and I cannot afford to pay. V. P., Kent.

A: eBay charges a £14.99 fee each time you list a vehicle, which applies whether or not it sells. There are also additional fees for optional extras, such as subtitles and a large photo that appears on the search page, to attract more buyers.

You listed the car four times and you were charged £18.47 for each. This included the listing fee, plus extra features you chose. I went through the listing process and the fees are made clear through – out. They are also on the eBay Motors Listing Fees help page. EBay has now agreed to refund you £55.40 as a gesture of goodwill.

Q: My brother and I were named joint executors after my father died in November. To deal with the estate, we need a joint current account. As my father had accounts with Bank of Scotland and my brother is also a customer, I went to my local branch to make enquiries.

A member of staff told me I could only open a joint account by phone. This would require my brother and I to be together in the same place at the same time to undergo the interview.

We live 60 miles apart and, under current restrictions, we would be breaking the law if we entered one another’s homes. Bank of ­Scotland could not offer any alternative.

A: At a time when are you are grieving, you should not have to deal with banks that lack common sense. Even if the law allowed you to visit your brother’s home, it is hardly reasonable to ask you to make a 120-mile round trip to open a bank account.

Not when other banks, such as Santander, Royal Bank of Scotland and Nationwide, let you open joint accounts online, with no need for the account holders to be in the same room.

Bank of Scotland says both parties must visit a branch together to verify their identities. Then they both need to be present on a phone call to open the account.

But, in this instance, it will arrange for appointments for you both in separate branches at the same time to verify your identities. Then you could set up a conference call from your homes with the bank to finish.