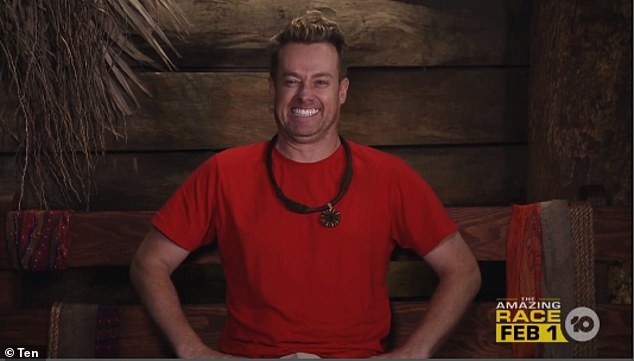 There was a hint of romance on Monday night’s I’m A Celebrity… Get Me Out Of Here! as Abbie Chatfield climbed into bed with Ash Williams for a cheeky kiss and a cuddle in bed.

But while their hook-up was the talk of the town in camp, fans couldn’t stop laughing at Grant Denyer gossiping about the incident the next day.

The cheeky TV host was spotted whispering to Jack Vidgen shortly after hearing the news from Ash, finding out the pair had done a ‘little bit of kissing’ under the cover of darkness the night before – before Abbie came over to confront the duo.

He then zipped into the jungle hut, where he cheekily giggled: ‘I can confirm there was a little bit of kissing going on.

‘I saw a definite forehead and cheek. I don’t know about lip. I can’t confirm lip, but that’s the headline,’ he added, before going on to tell more of the campers.

Grant then laughed that he wasn’t normally a ‘Mrs Mangel’ – referring to notoriously chatty Neighbours character Nell Mangel – before adding: ‘… but there’s nothing else to do in here!’ 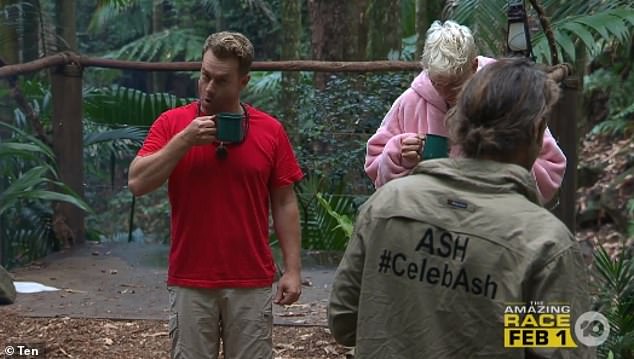 Can’t resist! Grant was then spotted cheekily telling a number of other campmates the same news, as he burst into laughter near Abbie – who had requested the incident would not be spoken about for the rest of the day 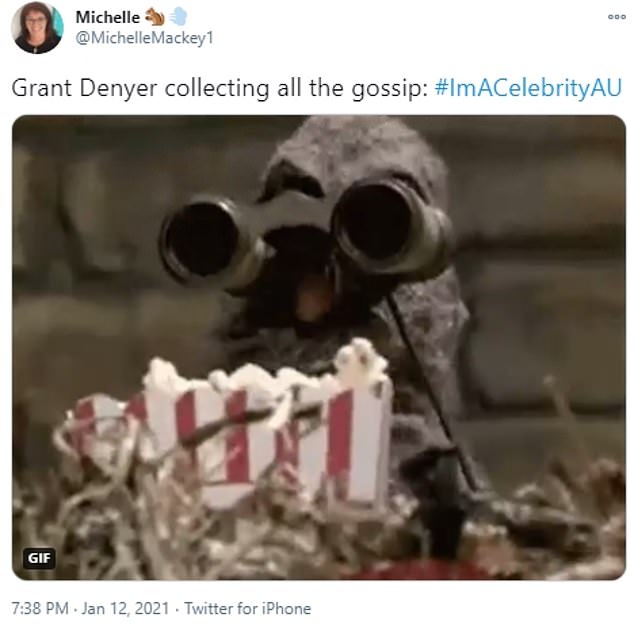 Hysterical: Fans were quick to comment on Grant’s priceless reaction, with one branding him a worse gossiper than ‘year nine girls after their first boy-girl party’

Fans were quick to comment on Grant’s hilarious ways, with one writing: ‘Hahah! The @grantdenyer gazette with the headlines this morning in the jungle!’

‘Grant misses his girls so much he’s turned into one. Please @ChezziDenyer give back his balls!’ another joked, while a third laughed: ‘I’ve seen Year 9 girls gossip less on a Monday morning after the first boy-girl party than Grant Denyer right now!’

A fourth shared a hilarious gif, captioned: ‘Grant Denyer collecting all the gossip!’ 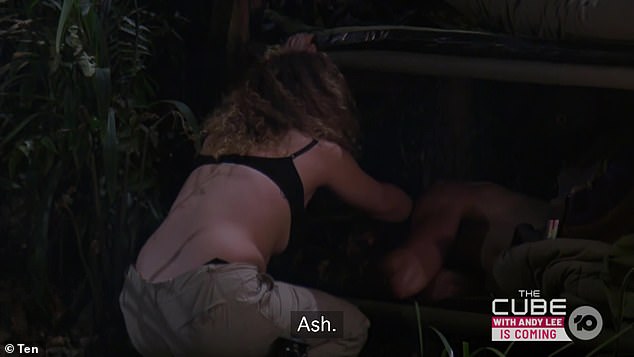 Cosy! A night earlier, Abbie had climbed into bed for a ‘two hour’ snuggle with Ash, after days of the pair flirting with each other

A night earlier, Abbie had climbed into bed for a ‘two hour’ snuggle with Ash, after days of the pair flirting with each other.

She insisted she had only slightly pecked him, but nothing more.

However, when Cody Simpson’s sister Ally entered the show on Tuesday night’s episode, Ash quickly revealed she was more ‘his type’ than the Bachelor star.

‘She’s pretty cute… she is way more my type,’ he said. 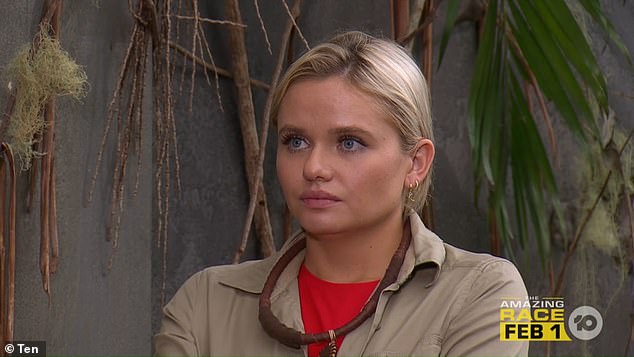 Trouble in paradise? However, when Cody Simpson’s sister Ally (pictured) entered the show on Tuesday night’s episode, he quickly revealed she was more ‘his type’ than the Bachelor star