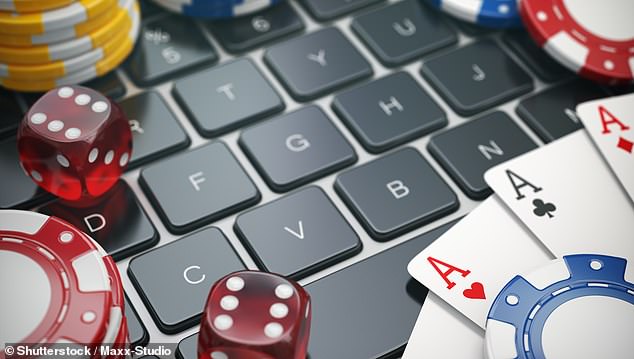 By Lucy White, City Correspondent For The Daily Mail

Gaming software firm Playtech is looking flush after a year which has seen online gambling boom.

The FTSE 250 firm, which helps the likes of Bet365 and Ladbrokes with their online betting, said profits for 2020 would be ahead of expectations by at least £268 million.

UK gambling companies have been keen to elbow their way into the US market since the country legalised sports betting three years ago. Last year Playtech bagged a licence to launch with Bet365 and Entain in New Jersey, and received regulatory approval to trade in Michigan.

On top of its expansion efforts, the firm has also benefited from the closure of casinos due to the coronavirus lockdown. Its online casino, bingo and poker businesses ‘performed very well throughout 2020’, it said.

This will be helpful for Playtech as it explores a sale of Finalto, narrowing its focus on gambling. But analysts were divided on the company’s fortunes.

At Peel Hunt, Ivor Jones said: ‘Enthusiasm for gambling has pushed the share price well ahead of our target price, and we believe there are less complex and challenging ways to play this sector.’

But James Wheatcroft at Jefferies, however, said Playtech’s valuation now looked too low, ‘especially in a consolidating sector’. Investors seemed tentatively optimistic, as shares climbed 4.3 per cent, or 19.5p, to 468.7p.

Playtech’s success was mirrored by that of Gamesys, a rival online firm which owns the Jackpotjoy and Virgin Games brands. 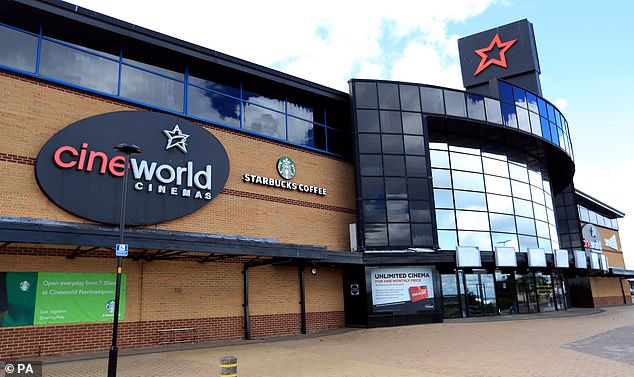 Elsewhere on the FTSE 250 , cinema chain Cineworld was back in the spotlight as secretive Chinese millionaire Liu Zaiwang upped his stake again

Gamesys chief executive Lee Fenton hailed ‘tremendous performance’, as the firm said 2020 profits would be at or above market expectations. He added that the firm had seen record numbers of active players, and shares climbed 5.1 per cent, or 64p, to 1320p.

Gift card business Appreciate Group came into its own over Christmas as companies bought vouchers for employees instead of having a party. The firm, which sells gift cards under the Love2shop and Highstreetvouchers brands, had its best month ever in December. Digital gift cards raked in £96.3 million in the three months to December. That mitigated a disappointing year, as shoppers steered clear of high streets. Shares jumped 9.5 per cent, or 3.1p, to 36.4p. 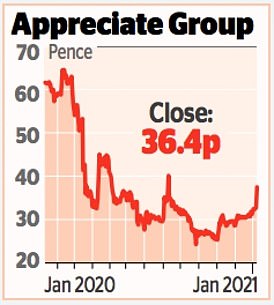 Elsewhere on the FTSE 250, cinema chain Cineworld was back in the spotlight as secretive Chinese millionaire Liu Zaiwang upped his stake again. He now owns 12.2 per cent of the company, which has closed all its UK outlets in the face of social distancing measures.

Zaiwang first set City tongues wagging over the summer when he began building his stake, fuelling speculation he could try to take over the struggling chain.

The FTSE 100 was down 0.7 per cent, or 44.4 points, at 6754.11, weighed down by a stronger pound as Bank of England Governor Andrew Bailey played down suggestions made earlier in the week that negative interest rates could be used to boost the economy.

The pound was trading at around $1.3636 yesterday, up more than 0.8 per cent to its highest level since the turn of the New Year.

Property firm Land Securities acted as a drag on the FTSE, slipping 1.6 per cent, or 10.5p, to 647.6p, after it revealed it had only collected a third of rent due from retailers in the three months to December. Many shops, battered by lockdowns, have had to postpone rent payments.

Land Securities, which owns shopping centres such as the Trinity Leeds and the Oxford Westgate, said its office buildings held up better, taking the total rent it received to 65 per cent of what was due.

Rival Derwent London, which is more heavily weighted towards offices, had a slightly better day. It said it had collected 83 per cent of rents due in December, and shares climbed 1.3 per cent, or 40p, to 3106p.