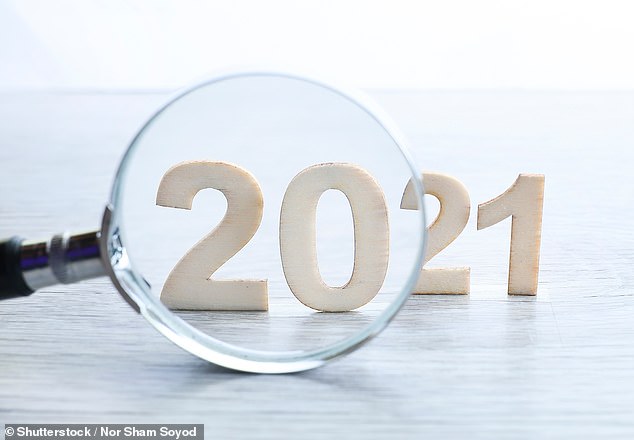 As 2020 proved, anything can happen, in the investment world and beyond.

With the pandemic still sadly going strong, markets could be just as volatile and full of surprises – good and bad – this year too.

Fund ratings agency FundCalibre has identified 12 funds and investment trusts to watch in 2021. They include funds which shot the lights out in 2020, such as Scottish Mortgage, as well as those that suffered like a Latin American and Uk equity fund, or those that announced key manager changes or have milestone third anniversaries pending in the next 12 months.

Last year, several investment houses announced management changes to some of their funds, including the upcoming retirement of a few well-known veterans this year.

Succession plans have been unveiled, and there will be some lengthy handovers, but at some point this year, investors in a number of funds will no longer hear from the managers they’ve relied on for so long.

In most cases, their replacements have been working closely with the outgoing manager for years, and so it is likely the management style and approach will remain unchanged.

What is an ongoing charge?

The ongoing charge is the investing industry’s standard measure of fund running costs.

The bigger it is, the costlier the fund is to run.

FundCalibre said: ‘Giles Hargreaves has run this fund since 1998 and it was the best performing fund in its sector over his tenure, returning 3,760 per cent compared with 641 per cent for its average peer.

‘He hands over to Eustace Santa Barbara, who has co-managed the fund since 2014 and Guy Feld, his co-manager on the Marlborough UK Micro-Cap Growth fund, which has also been handed over to the same duo.’

The £5.3billion fund invests in European (not including the UK) companies such as luxury brand Louis Vuitton and semiconductor company ASML Holding.

FundCalibre said: ‘Alister Hibbert handed the management of this fund to Giles Rothbarth at the end of 2020. 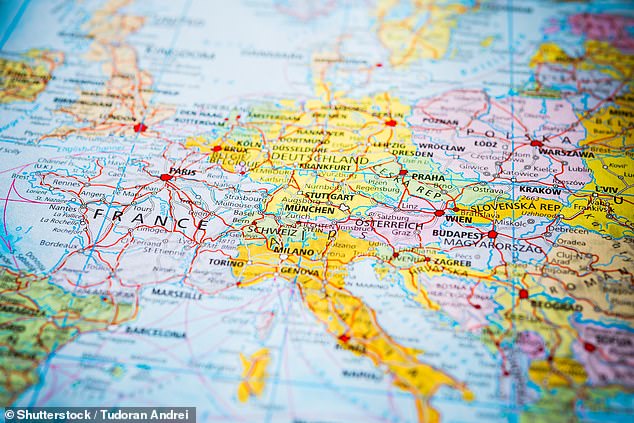 ‘Alister had run the fund since March 2008, returning 430 per cent compared to 131 per cent against its [Investment Association European ex UK sector] peers.

‘Again, it was the best performing fund in the sector over his tenure. Giles has been co-manager since 2019 and is an impressive manager from a very strong team.’

The £1.7billion Asian Alpha Plus fund is one of Schroder’s signature funds and has been managed by Matthew Dobbs since 2007. He is handing over this fund to Richard Sennitt in March 2021.

FundCalibre said: ‘Richard, who is currently the manager of Schroder Asian Income, has worked alongside Matthew for many years and will run it in the same way and with the same process.

‘Over Matthew’s tenure so far, the fund is the second best in the sector returning 340 per cent compared with 169 per cent for the average [IA Asia Pacific ex Japan sector] fund.’

Can they do it again?

Another category of funds on FundCalibre’s watchlist are those that had a stellar 2020, despite all the market volatility that came with global political instability and, of course, the coronavirus pandemic.

The firm wonders whether these three funds can repeat their success in 2021.

This £6.8billion fund invests in American companies, including some of the companies that really shone in 2020, such as Amazon, Zoom and Netflix.

It is managed by some of Baillie’s most popular managers, including Gary Robinson and Tom Slater, who were more recently joined by Kirsty Gibson and Dave Bujnowski.

FundCalibre said: ‘This fund was the best performing open-ended fund in 2020.

‘Run by a team of four co-managers who focus on the small number of companies that create exceptional returns, it returned 122 per cent in 2020 versus 16 per cent for the average [IA North America sector] peer.’

Another investor favourite from Baillie Gifford, and the largest investment trust in the world, the £18.5billion Scottish Mortgage investment trust is also managed by Tom Slater and veteran manager James Anderson. 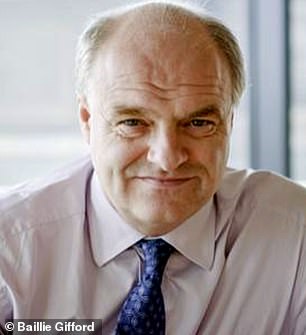 Like BG American, the trust invests heavily in US tech, though it has a global mandate so makes use of diversification from all over the world.

It is one of FundCalibre’s ‘Elite Rated’ trusts and is currently trading on a premium of 6.48 per cent according to FE fundinfo. (Read more here about the significance of premiums and discounts when buying investment trusts.)

The firm said: ‘This was the second best performing Elite Rated product.

‘The managers look for higher growth prospects around the world, focusing on finding tomorrow’s winners. The largest holding is currently Tesla, whose share price rose around 600 per cent in 2020.

‘The trust returned 110 per cent versus 15 per cent for the average [Association of Investment Companies Global sector] peer.’

Another investment trust that did well in 2020 is the £2billion Fidelity China Special Situations trust.

This is interesting considering it invests predominantly in China and Hong Kong, the former being the origin of the coronavirus that continues to rock the world. It is trading on a discount of 0.60 per cent.

FundCalibre said: ‘Run by Dale Nicholls, this trust has a bias towards small and medium-sized companies and offers investors direct exposure to the China growth story.

A third anniversary is a real milestone in the investment world, as three years is deemed to be a long enough period to properly assess a fund manager’s skills.

It is also the minimum tenure required for a fund to be considered for FundCalibre Elite Rating.

These three funds are due to celebrate their third anniversaries this year, and have proven to perform well since launch, despite being in the midst of a global pandemic for a good chunk of that time.

This £54million global fund launched in 2018 and invests in sustainable businesses, a method which has become more popular in recent years as investors become more aware of ethical investing.

Its assets under management have been on the small side since launch, but shot up in 2020, from £15million in February to £54million today, proving the growing demand for these types of funds.

FundCalibre said: ‘This fund turns three in July. A high conviction global equity fund that can invest in companies of any size, it is run by David Harrison who focuses on selecting stocks with strong cash generation and will actively avoid businesses involved in unethical or unsustainable practices.’

Holdings include big names such as Visa, Mastercard, Microsoft and Adobe.

Another young fund, the £42million TM Crux UK Special Situations fund did not do as well in 2020 with its UK mandate – a region that has been unloved for some time.

Assets halved shortly after the UK lockdown in mid-March from £50million to £25million but have slowly crept back up after the past four months.

FundCalibre said: ‘This fund is run by Richard Penny and celebrates its third birthday in September.

‘It invests in UK companies of all sizes but will typically have more of a focus on medium and smaller companies. There will be some FTSE 100 names and a few carefully chosen AIM-listed companies.’

The $288million fund is currently co-managed by Gary Greenberg, another of the industry’s veteran managers due to step down soon.  He will hand over to co-manager Kunjal Gala.

‘Kunjal will become lead manager in 2022, when Gary retires.’

While some areas like technology did well in 2020, others did not.

For example, trading in physical property funds was suspended and Brazil was one of only two countries – Russia being the second – that managed to underperform the much unloved UK market, dragging the rest of Latin America down with it.

This property authorised investment fund (PAIF) is currently suspended, as were other open-ended property funds in 2020, including Janus Henderson and M&G’s headline property products.

The £449million TIME fund is managed by Nigel Ashfield and Roger Skeldon and yields an attractive 3.21 per cent.

‘While the fund is still suspended, around 80 per cent of rents have been collected during the pandemic and the managers are optimistic that annual income should continue to be around 3 per cent. 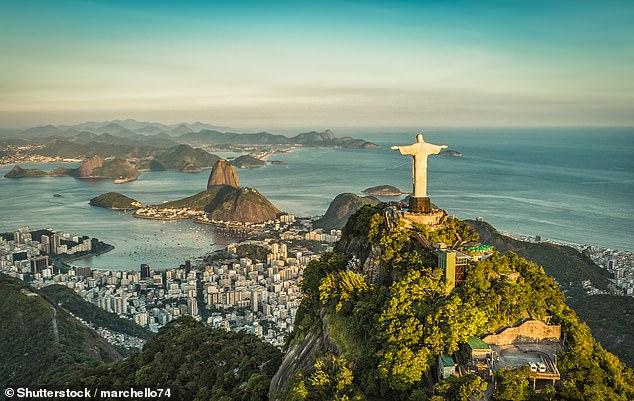 This £105million fund suffered tremendously last year, down 17.8 per cent over the past 12 months.

This compares to a huge return of 91 per cent over five years which shows it hasn’t always been in a bad way. Could this be the year it turns back around?

FundCalibre said: ‘After a good 2019, 2020 was dire for the LATAM region. The hope of a strong economic rebound could turn things around in 2021.

‘The team behind this fund looks to identify and build large positions in high quality companies that are trading at reasonable valuations.

‘Four to five company visits usually take place before an investment is made.’

The £75million Gresham House UK Multi Cap Income fund, has also suffered simply from investing in UK shares and enduring a year where income has been hard to come by.

FundCalibre said: ‘This multi-cap fund has a strong process and benefits from manager Ken Wotton’s unrivalled expertise in the small-cap space.

‘The UK Equity Income sector was the worst performing sector of all in 2020, losing almost 11 per cent on average. This fund was down less than 6 per cent.

‘With a Brexit deal and vaccine roll-out it’s hoped the UK market will catch up in 2021.’

The list is made up of a range of different asset classes, styles and approaches to suit different investor needs, including a mixture of low cost, core, income, smaller company and adventurous options.

Meanwhile the  SPDR S&P Global Dividend Aristocrats ETF has been removed ‘due to the higher risks attached to this strategy’.

‘This is suitable as a satellite holding and we have replaced with a broader strategy from Vanguard FTSE All-World High Dividend Yield ETF.’

Analysts said: ‘We did not find enough evidence of the managers’ decisions and stock picks adding value to the overall performance over the long term. The US is also not the typical region where investors hunt for income.’