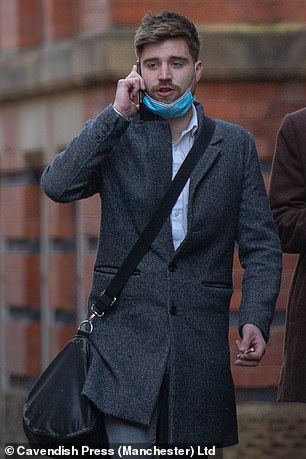 Kieran Jones, 27, binged on spirits, threw crisps across the plane and leered at flight attendant Beth Rose while she served drinks on a Jet 2 flight from Manchester to Budapest, Hungary, in September 2019

A ‘loutish’ Brit who brought misery to a holiday jet after he got drunk on gin and tonic, hurled crisps at other passengers and chatted up an air hostess on the flight has avoided jail.

Kieran Jones, 27, binged on spirits and leered at flight attendant Beth Rose while she served drinks on a Jet 2 flight from Manchester to Budapest, Hungary.

During the three hour journey Jones, who was on a city break with a male friend, declared Miss Rose had ‘a right a*** on her’ and pleaded: ‘Let me take you out.’

At one point he drunkenly told her she was his ‘fiance’, later adding: ‘She’ll do’.

Miss Rose ignored Jones’ advances but he petulantly began throwing Pringles around the Boeing 737-800 aircraft before accidentally spilling drink all over himself.

He later passed out in a drunken stupor and was found asleep across three seats of the plane once it touched down in the Hungarian capital.

Miss Rose managed to rouse Jones and even helped get his luggage from the overhead locker but he tripped down five steps as he tried to leave the plane.

He fell flat on his face on the runway tarmac and had to be taken to hospital. He was arrested on his return to the UK.

At Minshull Street Crown Court, Manchester, Jones faced jail after he admitted being drunk on an aircraft.

But he escaped a prison sentence was told to carry out 220 hours of unpaid work after saying he was getting help for his heavy dinking.

He was also ordered to complete 20 rehabilitation days as part of a two-year community order, and pay £1,200 in prosecution costs.

Jones was pictured celebrating outside court as he escaped a prison sentence for his ‘loutish, boorish and drunken behaviour’.

Jones celebrated avoiding jail outside Manchester Minshull Street Crown Court after he was ordered to carry out 220 hours of unpaid work and pay £1,200 in prosecution costs

The incident occurred on September 12 2019 after the flight LS897 left Manchester at 11am.

Prosecutor Wayne Jackson said: ‘[The defendant and his friend] were offered a drink from the bar and at that stage the defendant became flirtatious with Beth Rose and tried to chat her up.

‘They were served the drinks and the stewardesses moved down the cabin, but Beth Rose didn’t escape the defendant’s attention.

‘As she moved down to serve the next passenger he said: “You have got a right arse.” She ignored him and became professional.

‘After the first service Beth Rose went to collect rubbish and he said: “Let me take you out.” A short time after he said: “She’ll do” to another cabin crew member.

‘The defendant threw a plastic Pringles cap [in] the aircraft, and was laughing thinking what he was doing was entertaining.’

When cabin crew confronted him he had thrown anything. But Jones started again 15 minutes later. He then called her his ‘fiance’. 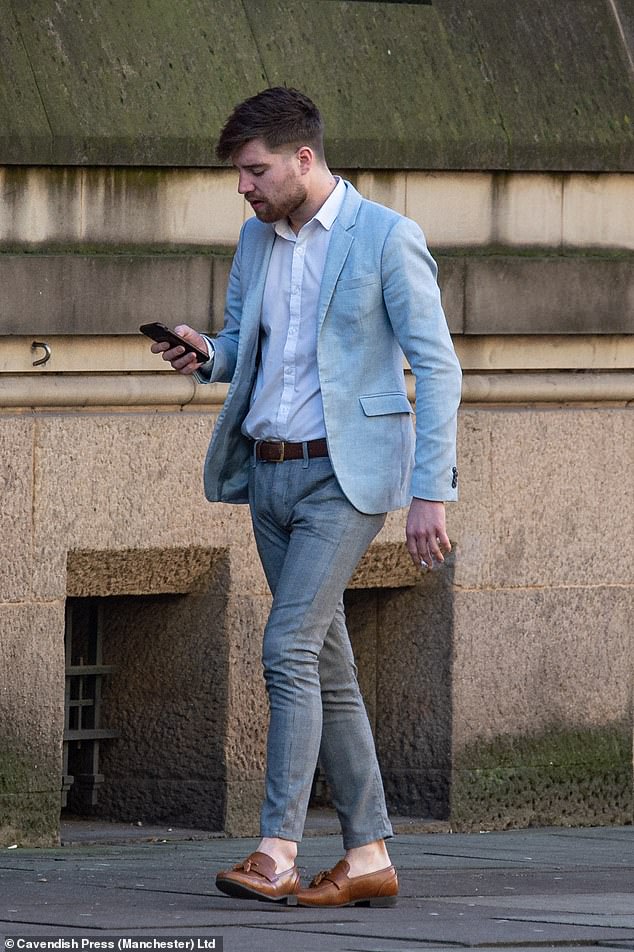 During the three hour flight Jones, who was on a city break with a male friend, declared Miss Rose had ‘a right arse on her’ before pleading: ‘Let me take you out.’ He also drunkenly fell down the stairs while disembarking the aircraft, landing flat on his face on the tarmac

Mr Jackson added: ‘It was clear this man was very, very drunk and was only served two Gin and Tonics on the flight.

‘At one stage he spilt his drink all over himself and cabin crew had to clean it up.

‘When the flight landed his friend apologised for his behaviour.

‘When he left the aircraft, he was unsteady on his feet and fell face down the last few stairs onto the tarmac.

‘He made Nno commen’t; replies when later interviewed by police. This was boorish and nuisance behaviour.’

Jones’ lawyer claimed his actions were brought about by a ‘major drink problem’.

In mitigation for Jones defence lawyer Craig McGregor said: ‘He had a major drink problem at the time and when he came round after the trip he had to deal with it, which he has done. 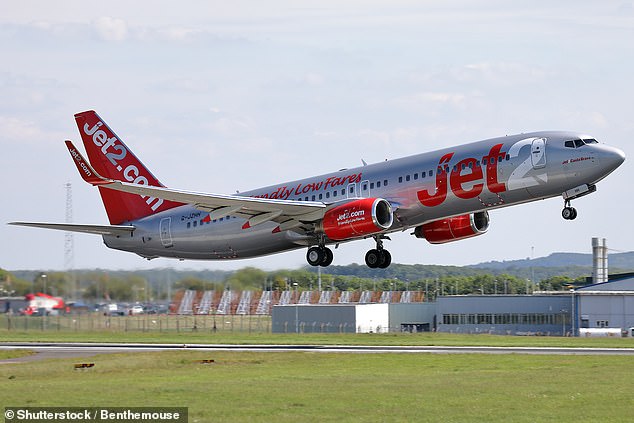 The incident occurred on September 12 2019 after the Jet 2 (pictured, stock image) flight LS897 left Manchester at 11am

‘Whilst this behaviour was annoying and boorish, passengers were not too inconvenienced, and the flight was not diverted.’

Sentencing Judge Mark Savill told Jones: ‘It is obvious that before you got on this flight you were very much worse for wear and had drunk much more than the two gin and tonics you were given on board.

‘Cabin crew and fellow passengers should not be subject to loutish, boorish and drunken behaviour by people such as you because there is nowhere for them to go until the flight lands.

‘Things can unravel quickly in a limited space when someone is in drink.

‘It seems to me that you have identified your drink problem and are seeking counselling and help.

‘This was a period of your life which I hope you will look back at with regret and shame.’