He announced on Instagram in November that he and his wife Liv Lo are expecting their first child together.

And on Tuesday, Henry Golding and Lo were seen enjoying a walk together in LA.

The Crazy Rich Asians star, 33, was dressed in a dark ensemble of t-shirt,  jeans and zipper jacket.

Outing: Crazy Rich Asians star Henry Golding and his wife Liv Lo were spotted running some errands in LA on Tuesday. The couple are expecting their first child together in 2021

Lo, 35, wore a long v-neck gray sweater over a pink top and black Lycra shorts and she went bare-legged in brown Ugg boots.

The couple, who wed in 2016, wore face masks as COVID-19 cases continue to rage out of control in Los Angeles County.

During Tuesday’s outing, Golding was seen sitting on the open hatchback of his white Tesla eating a sandwich. 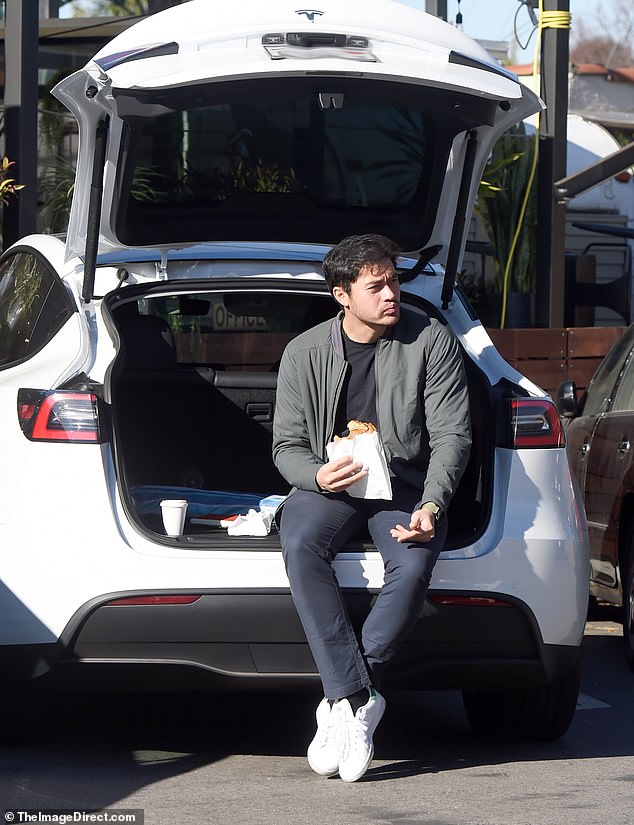 Snack time: During Tuesday’s outing, Golding, 33, was seen sitting on the open hatchback of his white Tesla eating a sandwich

Golding had excitedly revealed he is going to be a dad by sharing photos of his wife’s baby bump.

He explained: ‘We’ve been together for about 10 years now, married for the past four years. We’ve gone to a place in our lives where we were ready and so we were actively trying.

‘It’s a miracle when you do find out that you’re pregnant. We were very lucky and I think a lot of people don’t often get to our stage, so we’re very grateful.’ 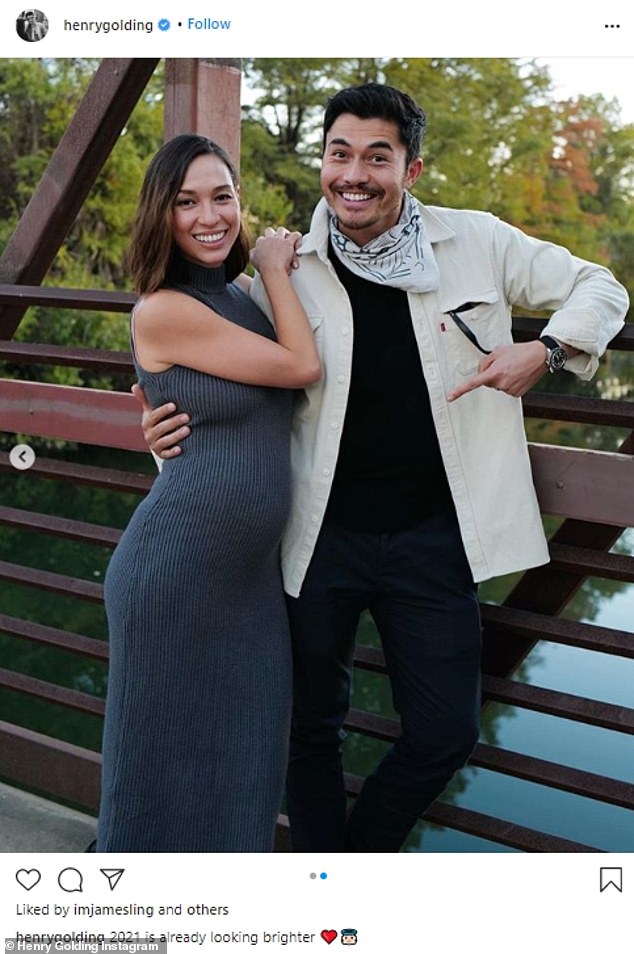 ‘2021 is already looking brighter’: Golding had excitedly revealed in November that he is going to be a dad . He shared photos of his wife’s baby bump to Instagram 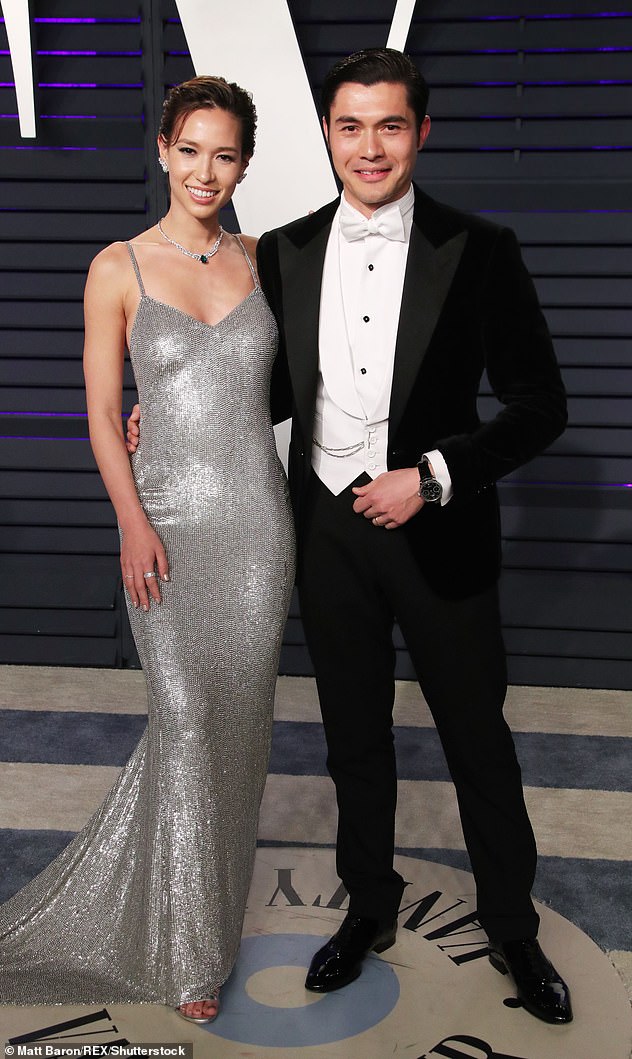 Parents-to-be: The British-Malaysian actor and his Taiwanese bride tied the knot in August 2016. They’re pictured in February 2019