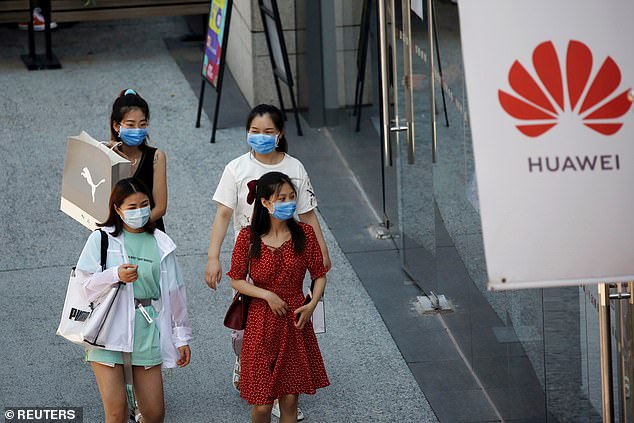 Employees at Chinese tech giant Huawei face the sack if they marry a European or apply for citizenship in the West, an investigation has found.

Huawei operatives stationed in Europe will be summoned back to China ‘as quickly as possible’ if they breach the policy and dismissed if they fail to return, according to the Daily Telegraph which says that putting down European roots is ‘seen as a betrayal’.

The controversial telecoms firm – which insists it does not take orders from China’s Communist rulers – is said to be anxious that its workers should remain subject to Chinese law and to stop them leaking sensitive information overseas.

Huawei also tries to stop its employees from settling down by moving them to a new country every five years, sources at the company said.

Huawei is said to want its employees to remain subject to Chinese law (pictured, women walking past a Huawei store in Beijing)

Huawei’s presence in Europe is politically charged because of the fears raised by Western governments that Beijing will use the firm’s technology for espionage.

While Huawei has always denied it would spy for Beijing, a national security expert said the employee rules undermined its claim not to be a ‘state agency’.

‘These are stipulations that no normal commercial company would make of its employees and that is alarming and disturbing,’ Professor Anthony Glees said.

‘It would seem to me to contradict the market interest of the company which is to sell its kit, not give people the impression that it’s some kind of state agency.’

An employee handbook seen by the Telegraph says the rule applies to Chinese expats who take up citizenship in Europe or get married to an EU resident.

If they fail to return, they will be deemed to have ‘breached their employment contract’ and ordered to ‘resign from the company or its subsidiary’.

‘The internal atmosphere at the company is that if you marry a local person and get citizenship rights then this is seen as a betrayal,’ one former Huawei worker said.

Another expat said he was kicked out of the firm after 10 years’ service in 2019 after his manager discovered he was planning to marry a European woman.

The employee said he believed Huawei was trying to stop its workers from ‘using the company as a tool to emigrate to Western Europe’. 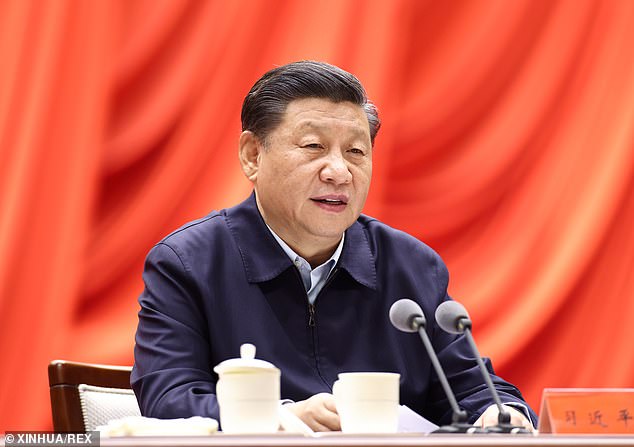 Huawei claimed in response to the story that the policy was ‘no longer valid’, saying that taking up residency in Europe was a ‘personal matter’ for employees.

The firm added that the policy had never been in place in the UK.

Rotating people between overseas postings is ‘very popular with employees who value the rich mix of experience,’ a spokesman said.

Huawei says it has more than 13,300 employees in Europe including at 23 research and development sites, but its presence has become a heated political issue.

Under Donald Trump’s presidency, the US has pressured its allies to cut Huawei out of their 5G mobile networks because of fears of espionage.

US officials have said that Huawei is duty-bound by Chinese law to spy for the Communist Party through alleged ‘backdoors’ in its technology.

Huawei maintains that it ‘has never and will never covertly access telecom networks, nor do we have the capability to do so’.

Britain fell in line last year with Boris Johnson announcing that Huawei equipment would be banned from the 5G network by 2027.

The U-turn last July was welcomed by the US State Department but condemned as ‘groundless’ by Beijing.

Germany, Europe’s largest economy, has stopped short of banning Huawei outright but is planning tougher oversight of the firm.

China’s relations with the West are already strained over a host of issues, including a security crackdown in Hong Kong following the mass protests in 2019.

Western politicians have accused China of undermining the ‘one country, two systems’ formula under which Hong Kong returned to Chinese rule in 1997.

China has also reacted angrily to US and Australian criticism over the coronavirus, which first surfaced in Wuhan in late 2019.

The incoming Joe Biden administration is likely to maintain pressure on China over Hong Kong and the treatment of ethnic-minority Uighur people in Xinjiang.

Biden has also described ‘unfair trade practices by China’ as a ‘key priority’ for his presidency, which begins on January 20.