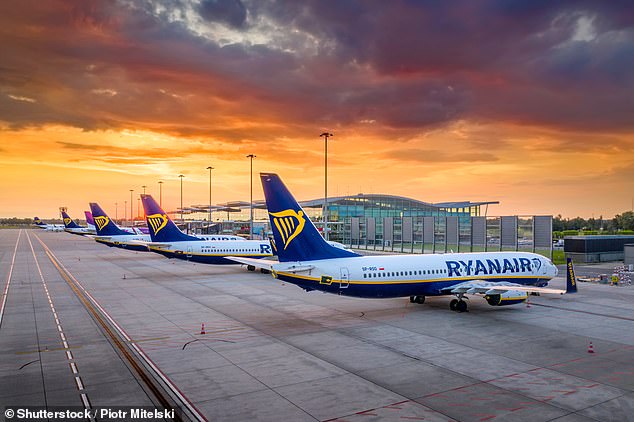 Ryanair and Virgin Atlantic were the worst airlines for flouting the law by delaying refunds for cancelled holidays last year, a damning survey found.

Customers with package holidays are legally entitled to their money back within 14 days of cancellation, while airlines should refund passengers within seven days.

But major operators often failed to meet the legal timeframes, meaning billions of pounds of cash refunds were illegally withheld from travellers.

A survey, by consumer champion Which?, found a third of customers who had a flight cancelled by Ryanair and Virgin Atlantic waited more than three months for their cash back

Customers were also left infuriated by having to spend hours on overwhelmed phone lines chasing the cash they were entitled to.

The survey, by consumer champion Which?, found a third of customers who had a flight cancelled by Ryanair and Virgin Atlantic waited more than three months for their cash back.

And only three per cent of Virgin Atlantic respondents got their cash back within a week, with only a further three per cent getting it within a month. Some customers waited more than four months.

It left 84 per cent of Virgin Atlantic passengers and 79 per cent of Ryanair’s unhappy with their airline’s customer service.

Just 13 per cent of those surveyed were satisfied with the customer service they received from both airlines while seeking a cash refund.

Virgin Atlantic passengers were left frustrated by its initial policy of automatically issuing credit notes rather than cash refunds.

Customers were also angered by its target of refunding passengers within 120 days – despite the seven-day legal obligation – which in some cases it missed.

Only 16 per cent of Virgin Atlantic passengers were satisfied with their refund offer.

For Ryanair the figure was slightly higher at 26 per cent, suggesting some were happy to accept a voucher instead or wait longer to get their money back. 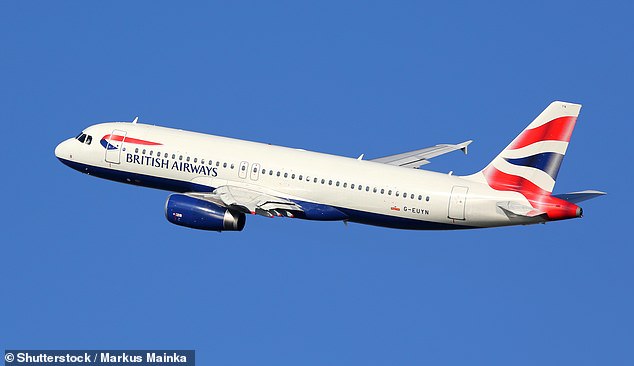 Half of British Airways customers surveyed by Which? said they got their refund within seven days of a flight being cancelled, better than any other airline

Ryanair has strongly defended its refund track record, with CEO Michael O’Leary saying in November that ‘every single customer who has requested a cash refund has now received it from March, April, May, June and July’.

So why does Ryanair keep performing badly in surveys about refunds (click here and here) if it’s doing such a sterling job of issuing them?

This misalignment firstly seems to be the result of the airline issuing vouchers to trigger refunds and some passengers then struggling to process them.

In an investigation in November, consumer champion Which? cited the example of one Ryanair passenger who was sent a voucher after his flights to Tenerife were cancelled, but with no instructions on how to exchange this for cash as the link to do this was not included on the voucher email.

Another passenger whose flights to France were cancelled claimed he received a voucher and clicked the link to reject this for cash – but only received his refund after Which? intervened.

Which? says under EU law, airlines should only issue vouchers in lieu of refunds with the customers’ signed consent.

Another issue with refunds, according to Ryanair, is screen-scraper websites.

The airline said: ‘Unfortunately many online travel agents provide Ryanair with fake customer contact and payment details, which resulted in thousands of customers being unable to obtain their flight refunds during the Covid crisis, as many of these unauthorised screen scrapers held their cash for months.

‘To help these customers Ryanair launched its Customer Verification process in July. We call on customers to always book directly.’

Meanwhile, only four per cent of easyJet passengers surveyed got their money back within seven days, and only a third received it within a month. Some waited more than three months.

Millions had holidays cancelled last year amid Covid travel restrictions and bans, leaving tour operators facing the unprecedented situation of having to refund billions of pounds-worth of flights and package holidays and potentially going bust.

Many consumers felt forced into accepting vouchers or credit notes for future travel instead of getting their cash back.

At one point last year travel firms pleaded with ministers to relax time limits on refund payments to prevent ‘catastrophic damage’ to the industry.

However, other operators fared much better, including package holiday firm Jet2.

More than eight in ten (83 per cent) said they received a cash refund within 28 days, with one in three getting it within a week. None reported waiting longer than three months.

Six in ten Tui customers said they got their cash back within a month, with a fifth (21 per cent) receiving it within a week. None reported waiting longer than three months.

And half of British Airways customers surveyed said they got their refund within seven days, better than any other airline.

Eight in ten (79 per cent) got their cash back within a month.

Rory Boland, Editor of Which? Travel, said: ‘Billions of pounds were illegally withheld from customers.

‘And to add insult to injury, these results demonstrate that many of these customers had to also put up with abysmal customer service through the process.

‘As the UK approaches the anniversary of the first nationwide lockdown, it’s vital that lessons are learned from the previous handling of refunds and cancellations.

‘Airlines cannot be allowed to continue to behave in this way.’

Which? surveyed 1,797 people between 10 and 27 September who had flights cancelled from March 16 last year onwards.

The research asked Jet2, Tui, BA, easyJet, Ryanair and Virgin Atlantic customers about their experiences after their flights were cancelled.

A Ryanair spokesman said: ‘This is just fake news – and more fake surveys – from Which?, who repeatedly make false claims about Ryanair.

‘All Ryanair passengers who have requested a refund since our offices reopened on 1 June have now received these refunds.’ A Virgin Atlantic spokesman said Which? only surveyed 61 of its customers.

It added: ‘This survey by Which? was conducted in September 2020 and offers an out-of-date portrayal of customer sentiment.

‘As planned, we completed the backlog of remaining refunds in November 2020 and returned to processing refunds within a normal timeframe, which we continue to do.’ It said 245,000 cash refunds have been issued, worth £550million.

As the UK approaches the anniversary of the first nationwide lockdown, it’s vital that lessons are learned from the previous handling of refunds and cancellations

Rory Boland, Editor of Which? Travel

An easyJet spokesman said: ‘EasyJet continues to provide customers with more flexibility than ever including the option of a refund even if their flight isn’t cancelled.’ A BA spokesman said the airline has issued more than 2.9million refunds, giving a further 1.9million customers vouchers.

Tui said: ‘Since [last] summer, customers have been automatically refunded so they don’t need to call us or request this.’

It came as Jet2 announced it has extended the cancellation of flights and holidays until March 25 due to the third lockdown and new rules starting on Friday, which ban arrivals into England without a pre-flight negative Covid-19 test.

The operator had previously cancelled flights to mainland Spain and the Balearics until February 11.

A spokesman said: ‘We will be automatically cancelling affected bookings with a full refund.’

Tui and Virgin have also scrapped flight schedules, with Tui’s lasting until the middle of next month.