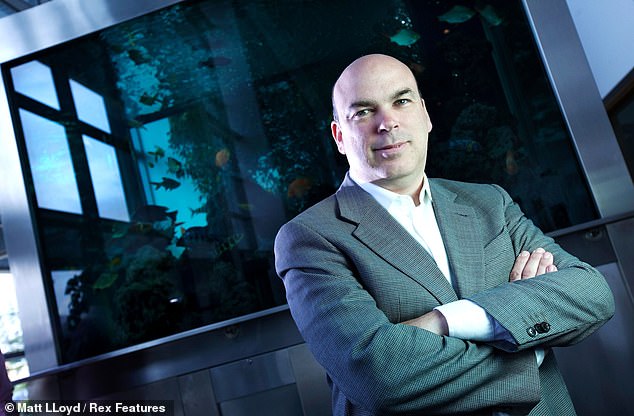 Hailing from a modest background – he is the son of a fireman and a nurse from Essex – he became one of the most extraordinary scientists and businessmen this country has ever produced.

Yet instead of being feted, he is facing an extradition hearing that could see him flown off to the US to be put on trial for fraud. The accusation is that he cooked the books at Autonomy, the software company he founded, which was sold to American giant Hewlett Packard in 2011.

Facing jail: The Autonomy founder could be flung in a high-security American prison, thousands of miles from family and friends

If he is extradited, and if he is denied bail as most foreigners are, he is likely to be flung in a high-security prison cell with murderers, drug dealers and other serious criminals, thousands of miles from family and friends.

At this point, many readers will no doubt wonder why they should trouble themselves about the plight of a very wealthy man, whose former finance director at Autonomy is already in a US jail for fraud. But far more is at stake here than the guilt or innocence of one individual.

Indeed, whether or not Dr Lynch has committed the crimes alleged is beside the point. For he is the victim of a dangerously one-sided extradition treaty with the US and his predicament goes to the heart of the sovereignty we supposedly recovered through Brexit.

In this country, we have a perfectly good legal system of our own to deal with the likes of Dr Lynch. Similarly, our courts are also perfectly capable of dealing with US diplomat’s wife Anne Sacoolas.

She allegedly killed 19-year-old Harry Dunn in a car accident, but the Americans show no inclination to let her face British justice. So why on earth would we take back control from the European courts, only to hand it over meekly to the Department of Justice in the US?

Dr Lynch is, after all, a British subject. He ran a London-listed company and his alleged offences took place in the UK. If he has a case to answer, he should do so in Britain, not on the other side of the Atlantic. 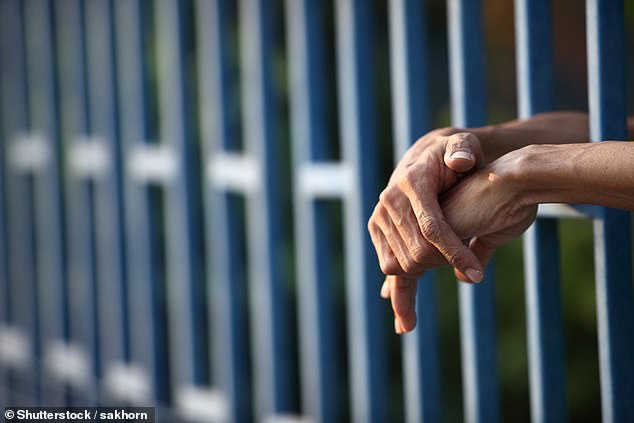 If Lynch is extradited, and if he is denied bail as most foreigners are, Ruth Sunderland says he is ‘likely to be flung in a high-security prison cell with murderers, drug dealers and other serious criminals’

What makes this even more galling is that allegations against him have already been considered by the Serious Fraud Office, a full five years ago. Investigators concluded there was insufficient evidence for a realistic prospect of conviction.

Hewlett Packard also mounted a £4 billion civil fraud case that has been heard in the High Court in London. It finished a year ago, though there is as yet no ruling. These alleged offences, then, have already undergone exhaustive probing here over many years, or so you would think.

What makes this even more galling is that allegations against him have already been considered by the Serious Fraud Office, a full five years ago. Investigators concluded there was insufficient evidence for a realistic prospect of conviction

This is not an isolated episode. One of several similar cases is that of the ‘Natwest Three’. This trio of British bankers was investigated by the UK authorities two decades ago, over financial crimes alleged to have taken place in the UK. The British regulators decided there were no grounds for prosecution.

The three men were carted off to the US nevertheless, because the Department of Justice believed their actions had played a part in the downfall of energy giant Enron. Threatened with 35 years in a high security prison, they chose to plead guilty in return for shorter sentences and received 37 months in a Texan jail.

As highly-paid bankers, they struggled for public sympathy. Again, though, the point is not their guilt or innocence, but one of principle. The US is choosing to treat our legal system with crushing disrespect, as if we were a banana republic and not a valued ally.

Using the treaty against the likes of Dr Lynch is a grotesque perversion of its original intent.

It was signed in 2003, when memories of the 9/11 atrocities were still vivid, ostensibly to help the US to extradite terror suspects and other serious criminals. In reality, though, it has been deployed mainly against white-collar suspects and weaponised against foreigners involved in commercial disputes with US companies.

It is inherently unfair because the burden of proof for the Americans to extradite a British subject is far lower than the other way around. As a consequence – according to figures from June 2020 – the US has since 2007 extradited 177 Britons, of whom at least 99 were accused of nonviolent crimes. The Americans have handed over just 67 citizens to the UK.

Certainly, the demands for the extradition of Dr Lynch look like a vindictive attack on a gifted businessman rather than a reasonable request. And unfortunately, what has happened to him could happen to almost any UK businessman or woman.

They could find themselves flung into an American prison for so-called ‘crimes’ that did not even take place under US jurisdiction. It is time for this treaty to be ripped up and replaced with one that is fair and fit for purpose.