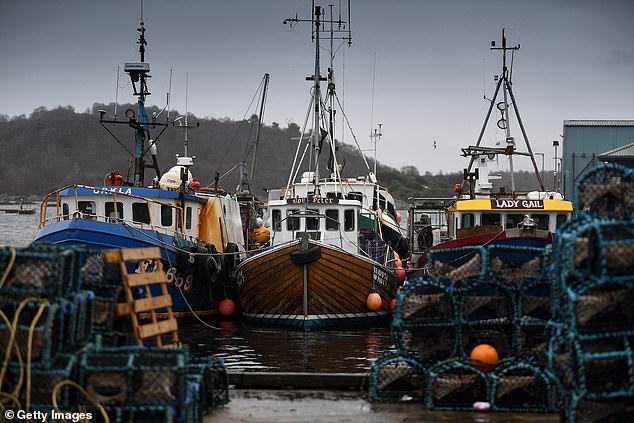 By Larisa Brown and James Tozer for the Daily Mail

Some Scottish fishing businesses will be paid compensation because of hold-ups in the wake of the Brexit deal, Boris Johnson admitted yesterday.

UK seafood exporters have been hit by a ‘perfect storm’ of bureaucracy, IT problems and confusion since the EU trade agreement kicked in on January 1.

There were complaints of shellfish rotting in ports as the ‘disastrous’ hold-ups meant they could not be sold in Europe.

Asked about Scottish fishing boats stuck in port as there was nobody to buy their catch, Mr Johnson told MPs: ‘In so far as there are delays caused by a variety of problems, we will compensate those fishing businesses.

‘But there is a massive opportunity for Scotland and for the whole of the UK with the increase in quota that we get from the deal.’

Jamie McMillan, the boss of world-renowned Loch Fyne Seafarms, has been left with box upon box of fresh lobsters, langoustines and hand-dived scallops which he cannot sell. 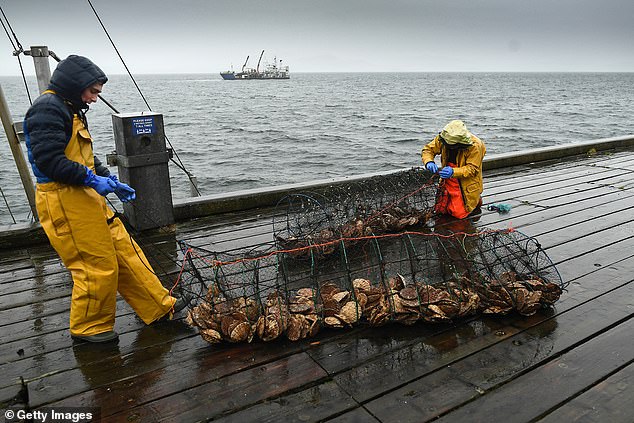 In a furious video message yesterday he said: ‘Prime Minister, and Michael Gove – I can assure you if Scottish exporters can’t get their product to market next week, we will be at the gates of Westminster and we will be dumping our shellfish on your doorstep, rotten.

‘The same way the Westminster UK government is rotten to the core.’

He has complained the fishing industry on the West Coast of Scotland is in an ‘absolutely disastrous situation’ with perishable shellfish stuck at customs, meaning boats have been told to stay in port as there is no-one to buy their catch.