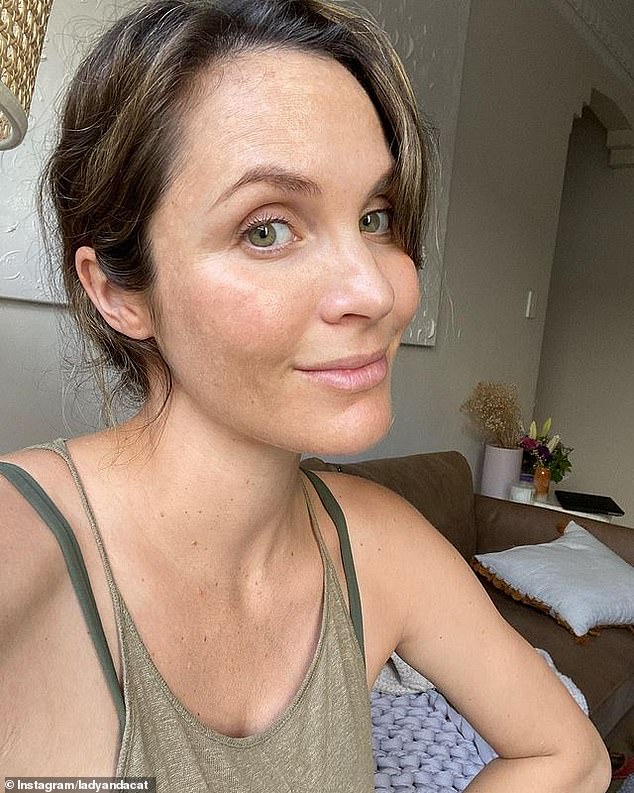 She documented her struggles with skin pigmentation during her first pregnancy.

And pregnant Bachelor star Laura Byrne has now revealed she’s been struggling with melasma yet again, as she prepares to welcoming her second child with fiancé Matty Johnson.

Posting a makeup-free selfie to Instagram on Thursday, the heavily pregnant 34-year-old admitted her melasma was ‘three times worse’ the second time around.

‘Truthfully it’s about three times worse this pregnancy’: The Bachelor’s Laura Byrne, 34, (pictured) revealed on Thursday that her melasma has returned with a vengeance during her second pregnancy

‘I spoke a lot about melasma during my last pregnancy,’ she began her refreshingly candid caption.

‘Mainly because most days I felt like s**t about my pigmentation which (thanks to raging hormones) had taken up residence like someone had spilt an espresso across my entire face’, the jewellery designer continued.

Laura said her melasma returned with a vengeance when she fell pregnant for the second time. 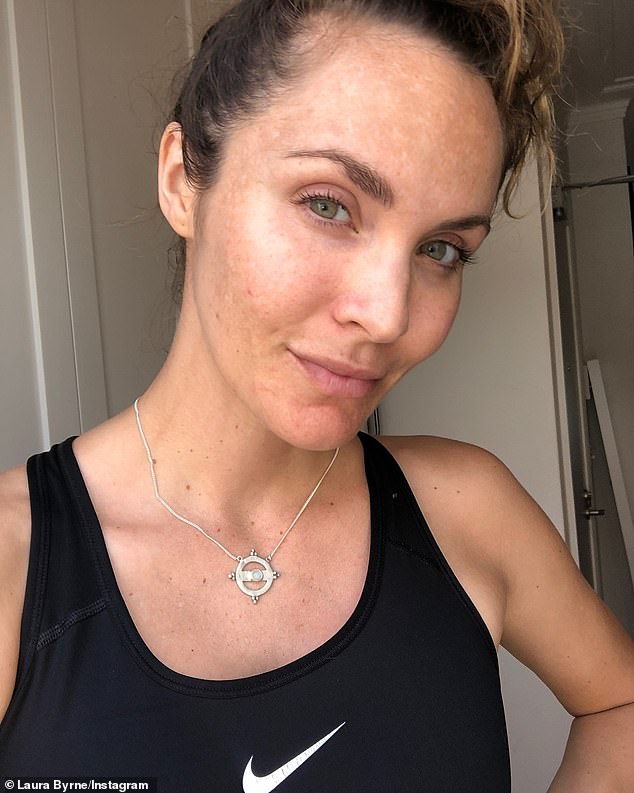 ‘Pigmentation freaking sucks!’ Laura uploaded this makeup-free selfie in December 2018, when she was suffering from melasma while pregnant with her first child

‘Truthfully it’s about 3 x worse this pregnancy, plus I have some cute new wrinkles to really balance the whole shebang out,’ she mused.

The brunette completed her post by reminding her fans not to buy into the superficial world of Instagram.

‘This is just a reminder that if you have melasma you ain’t alone, and life isn’t an endless scroll of smooth skin, pert butts and boobs that make eye contact – and thank god for that,’ she declared. 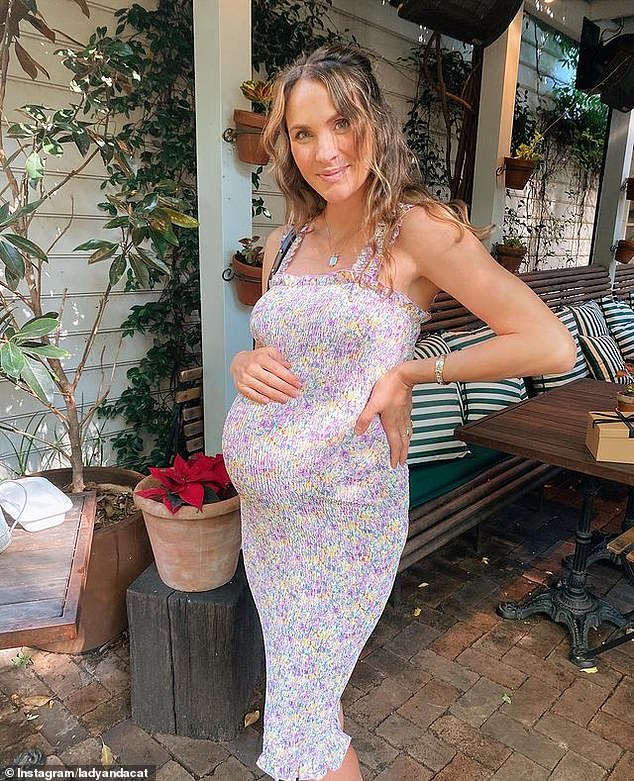 Keeping it real: The brunette completed her post by reminding her fans not to buy into the superficial world of Instagram

Melasma is a skin condition that causes brown or gray-brown patches to appear on the face.

Matty and Laura, who met on The Bachelor in 2017, welcomed their first child, daughter Marlie Mae, in June last year.

In April 2019, Matty got down on bended knee and popped the question to Laura while on holiday in Fiji. 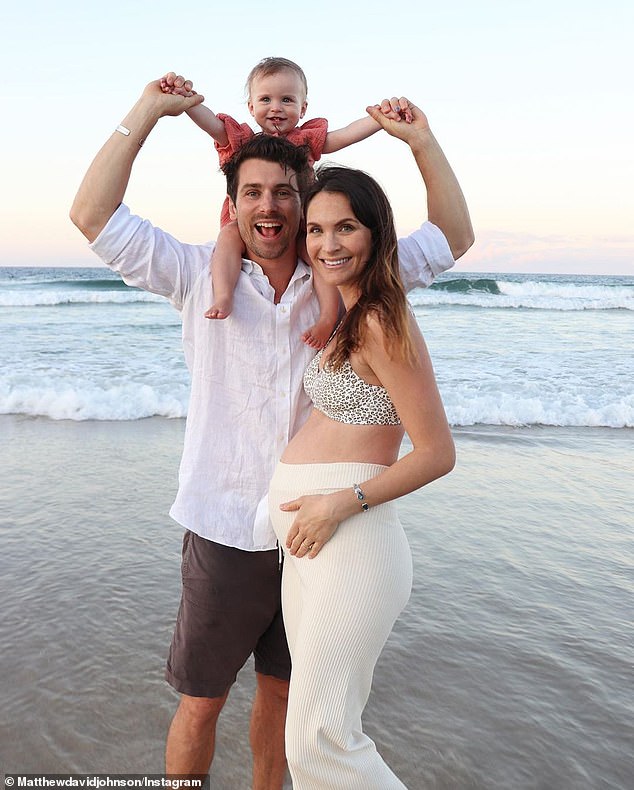 Happy times:  In April 2019, Matty and Laura got engaged while on holiday in Fiji. They welcomed their first child, daughter Marlie-Mae Rose, in June 2019. All pictured