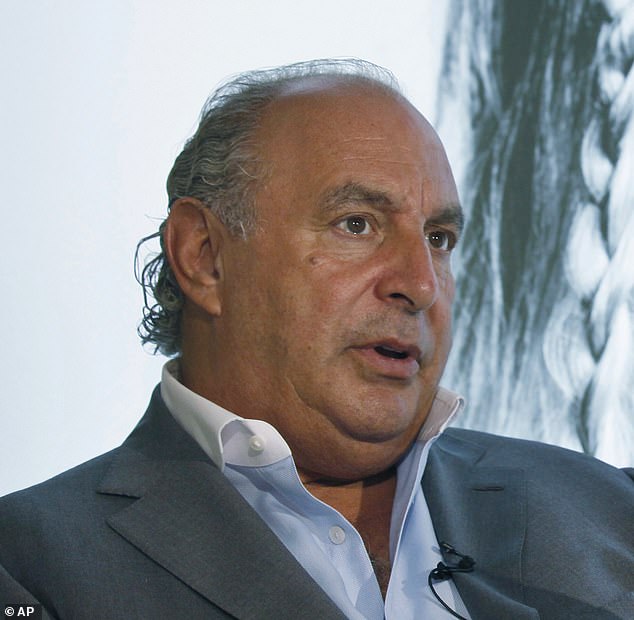 Juicy Couture owner Authentic Brands is poised to make a final bid for Sir Philip Green’s Arcadia business tomorrow and will be among ‘six or seven’ companies to do so.

The US giant, whose interest was first reported by The Mail on Sunday, is understood to be keen to buy Topshop and Topman, and could also pocket smaller brand Miss Selfridge in the process.

If it decides to press ahead with a swoop on the whole group, it would be likely to sell off sister brands such as Wallis and Dorothy Perkins, possibly by holding a snap auction with UK retailers.

It has already held talks with JD Sports about a side deal that could involve running the UK Topshop licence or UK stores. Talks are still said to be in their infancy and JD does not intend to make a separate bid.

The auction is expected to net in excess of £400million. The deadline for final bids is Monday night, which would mean a deal may be announced by the end of the month.

Retailer Next is understood to have been offered the opportunity to buy Dorothy Perkins last year. But it has also shown an interest in potentially acquiring other Arcadia brands and it has spoken to financing houses about a possible joint bid.

Sources said there are a number of global brand licensing firms that have expressed interest in buying Topshop, including New York-based G-III Apparel and at least one large Chinese conglomerate.

UK retailers including Boohoo and Asos have also been sizing up opportunities.