Investors cautiously welcomed Chancellor Rishi Sunak’s Budget statement this afternoon as the London stock market held onto most of its gains from the morning.

Hotel operator Whitbread, catering firm Compass Group and British Airways-owner IAG were among the top gainers on the index, with banks having the biggest boost.

The Budget plan includes a five-month extension of the furlough jobs scheme to steer the economy through what is hoped to be the final months of restrictions.

Mr Sunak said measures to support the economy amounted to £65billion over this year and next, taking the total Government support to £407billion over that period.

He also told MPs this afternoon that the UK’s recovery from the economic damage caused by coronavirus will be ‘swifter and more sustained’ than previously thought.

PAST MONTH: The FTSE has had a positive few days this week after suffering a fall last week

PAST 18 MONTHS: The FTSE plunged when the pandemic began but has since been recovering

However he warned politicians in the House of Commons that it would take ‘a long time’ to rebuild and pledged to do ‘whatever it takes’ to support people.

The Office for Budget Responsibility expects the economy to return to its pre-Covid level by the middle of next year – six months earlier than they previously thought.

But he also told MPs that despite the £280billion of support already committed to protecting the economy, the ‘profound’ damage done by the virus has been ‘acute’.

Mr Sunak said: ‘Our economy has shrunk by 10 per cent – the largest fall in over 300 years. Our borrowing is the highest it has been outside of wartime. 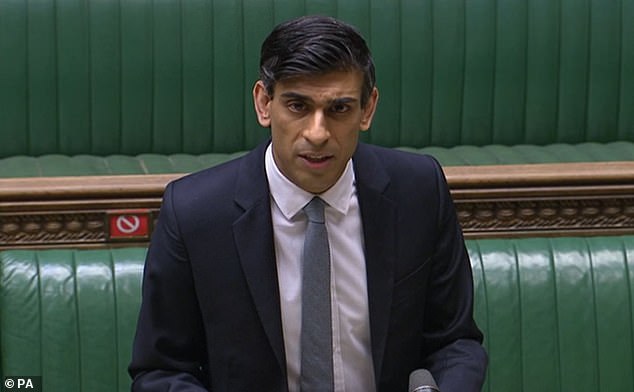 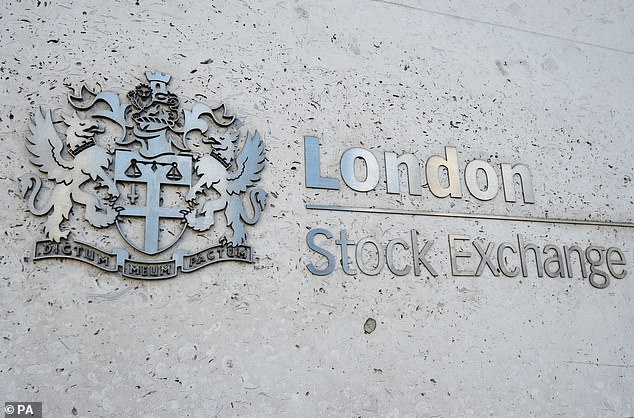 The London Stock Exchange sign in the City is pictured. Investors reacted to the Budget today

‘It’s going to take this country – and the whole world – a long time to recover from this extraordinary economic situation. But we will recover.’

The Chancellor said the OBR expects the economy will be 3% smaller than it would have been in five years’ time because of the coronavirus crisis.

Meanwhile in Germany today, there was positive sentiment as the country’s Dax rose 1 per cent to hit a record high with the government set to relax coronavirus rules.