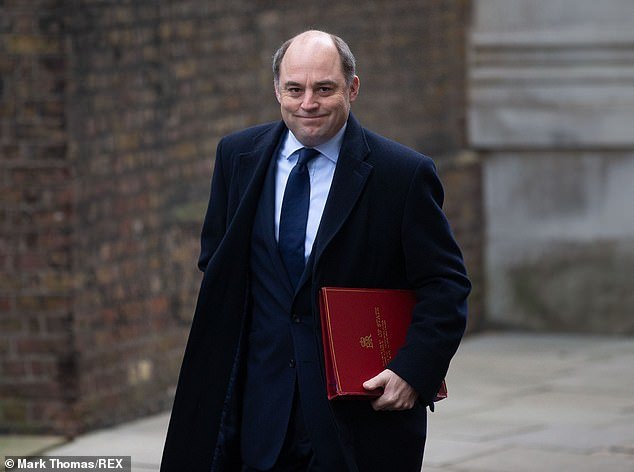 By Jemma Carr For Mailonline

British veterans who fought in Iraq could be prosecuted for war crimes if a bill aimed at protecting British troops from relentless legal witch-hunts becomes law.

She warned that soldiers could face trial at the Hague if the Overseas Operations Bill passes through parliament.

The Bill puts a five-year time limit on claims against British soldiers by insurgents or civilians.

After five years, the accused soldier would be presumed innocent. New evidence must be brought forward and the attorney-general needs to give the go-ahead for the assumed innocence to be lifted.

Ministers hope this will end the relentless ‘vexatious’ legal probes that soldiers have faced for more than a decade after serving in Iraq and Afghanistan.

In her letter on March 3, Ms Bensouda told the Defence Secretary that if soldiers were presumed innocent, it would ‘render such cases admissible before the ICC’ – and she was ‘duty bound to emphasise’ this to Mr Wallace. 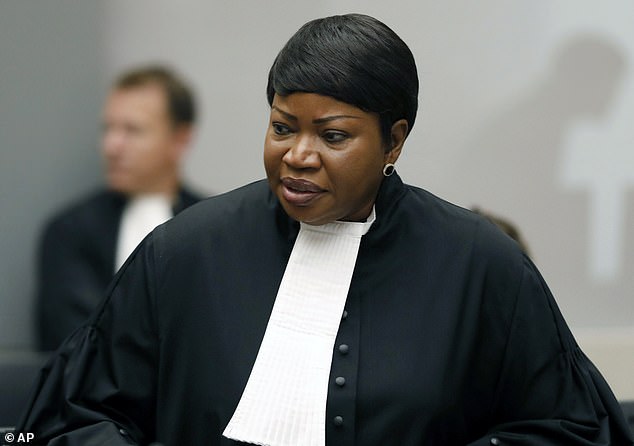 In her letter on March 3, Ms Bensouda told the Defence Secretary that if soldiers were presumed innocent, it would ‘render such cases admissible before the ICC’ – and she was ‘duty bound to emphasise’ this to Mr Wallace

But a defense source dismissed Ms Bensouda’s threats, telling The Times: ‘The ICC is for warlords and the people who ran Auschwitz.’

They added: ‘No soldier is going to go before the Hague because we lock up people who have done wrong.’

So far, of the accusations made against the forces in the Iraq war, 3,500 have been dropped.

Defence spokesman John Healey said parts of a new bill amounted to ‘penny-pinching’ because they put a time limit on compensation claims from UK forces.

It means soldiers who have suffered life-changing trauma could find it more difficult to seek compensation.

Figures uncovered by Labour reveal the Ministry of Defence could save millions from future claims when the Overseas Operations Bill becomes law. 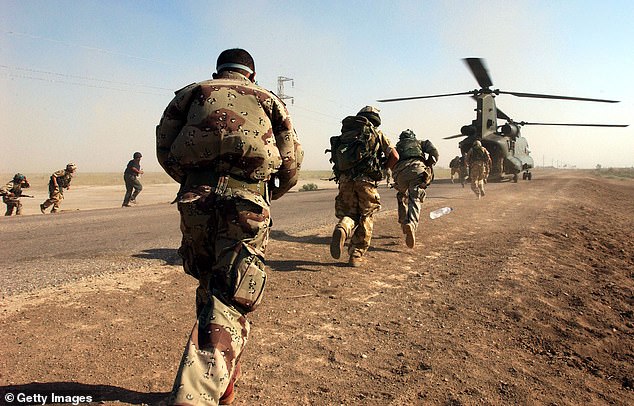 So far, of the accusations made against the forces in the Iraq war (file image), 3,500 have been dropped

But the party says the bill also puts a six-year deadline on compensation claims against the MoD brought by troops or their families for injuries and loss while posted overseas.

Labour said the bill will ‘deny troops serving overseas the same employment rights as everyone they serve to defend back home’.

The party wants claims from troops themselves to be exempt from the time limits.

Mr Healey said at the time: ‘This is an ‘MoD protection bill’ that will block rightful claims from our own British troops when the MoD fails them. It’s penny-pinching.’

The MoD said: ‘The changes to the time limits for bringing claims are needed to stop service personnel and veterans having to repeatedly give evidence in relation to historical incidents.’