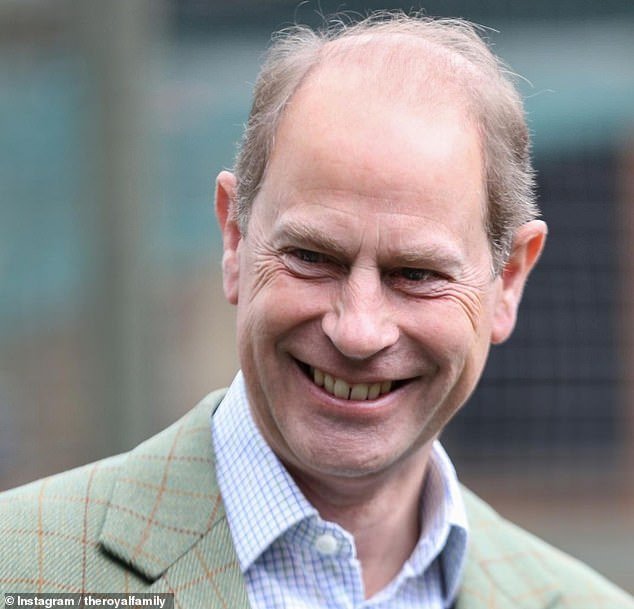 Happy birthday, Prince Edward! Queen marks her youngest son’s 57th birthday with a photo as he celebrates amid fallout from Harry and Meghan’s bombshell interview

The Queen has wished her youngest son Prince Edward a happy 57th birthday.

The Royal Family Instagram account shared a photo of Edward smiling in a tweed jacket alongside the caption: ‘Wishing the Earl of Wessex a happy 57th birthday today’.

Prince Edward and his wife the Countess of Wessex, 56, have stepped up their royal duties in the year since Megxit.

It comes as the royal family continues to reel following the Duke and Duchess of Sussex’s bombshell Oprah interview, which aired in the US on Sunday night.

The Royal Family Instagram account shared a photo of Edward smiling in a tweed jacket alongside the caption: ‘Wishing the Earl of Wessex a happy 57th birthday today’

Edward, left, is married to Sophie, Countess of Wessex, pictured with the Queen in December 2020. The couple have been focusing on their charity efforts throughout the pandemic

The Earl and Countess of Wessex, who are parents to Lady Louise Windsor, 17 and James, Viscount Severn, 13, have been concentrating their efforts on several charity initiatives since the start of the pandemic.

The Countess of Wessex enjoys a particularly close relationship with the Queen.

Fans were quick to praise the understated Earl of Wessex, with one writing: ‘He is my favorite in the Her Majesty’s children. I love him and Happy Birthday Edward.’ 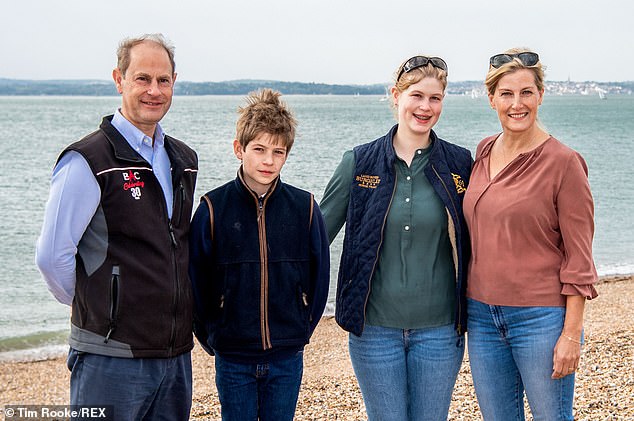 The Earl and Countess of Wessex have two children, Lady Louise Windsor, right, who is 17 and James Viscount Severn, who is 13 (pictured at Southsea Beach in September 2020)

Edward’s birthday comes amid an exceedingly difficult time for the Royal Family.

The Queen last night said ‘recollections vary’ over past events following explosive claims made by Prince Harry and Meghan Markle, as she last night broke her silence on the couple’s bombshell Oprah Winfrey interview.

Amid the toxic race row, the Palace publicly addressed the couple’s allegations last night, with a statement issued on behalf of the monarch.

Responding to allegations about their treatment at the hands of senior royals, the Queen said that the family was ‘saddened’ to learn how ‘challenging’ life had been for the couple. 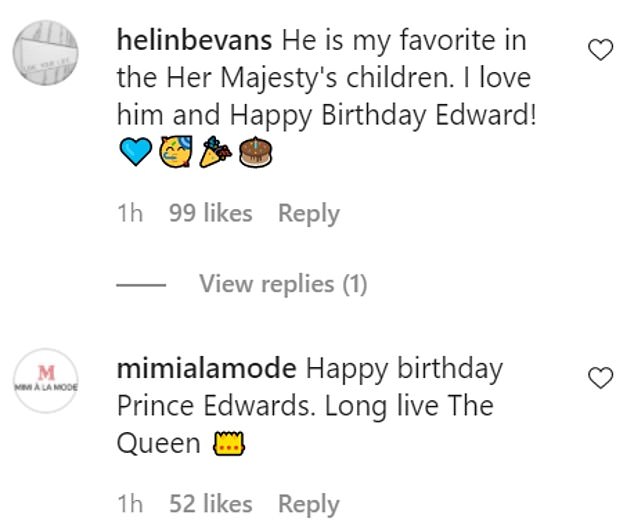 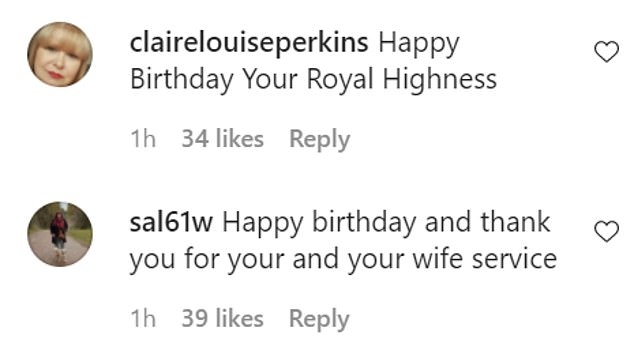 Royal fans sent their food wishes to Edward, with some saying he was their favourite senior royals

She admitted their claims about racism were ‘concerning’ and would be taken ‘very seriously’. And she promised to a launch a full – but private – household inquiry.

Her three-paragraph, 61-word statement issued at 5.30pm – after more 36 hours of highly-damaging conjecture following the bombshell Oprah interview – also made clear it would be her last word on the subject.