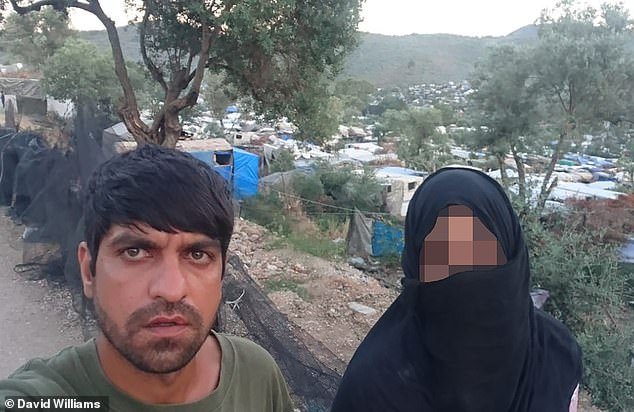 By David Williams and Mark Nicol For The Daily Mail

A former British military translator trapped in the ‘worst refugee camp on Earth’ for more than 18 months is on his way to the UK with his wife in a major victory for the Daily Mail.

Nesar, who served alongside UK troops for almost two years in Afghanistan’s Helmand Province, is the first translator to be allowed sanctuary in Britain from outside his homeland.

Nesar, 30, is the first British translator to be allowed sanctuary in Britain from outside his homeland

Until the case of Nesar, 30, and his wife Nazanin, 28, was taken up by this newspaper’s award-winning Betrayal of the Brave campaign, highlighting how they were trapped in a ‘hellhole’ refugee camp in Greece, the UK Government was adamant that no translators could relocate officially from outside Afghanistan.

But this week the couple were moved by British Embassy officials in Greece to an Athens hotel where after final checks, they have been issued with visas.

They will fly to the UK next week to begin their new life in the North of England.

Nesar said: ‘It is unbelievable, so exciting… a dream that is about to come true after more than two years of living a nightmare. We can hardly believe that in a few days we will be in the UK, safe for the first time in many years.’

Nesar, who speaks five languages, said: ‘We would like to thank the UK Government and especially Mr Wallace for showing compassion.

‘From our hearts we thank you (the Daily Mail) for making our voice heard, supporting us, encouraging us when all seemed lost and helping to make this wonderful thing happen.

‘Translators will never forget how you have helped us in the darkest of times to find light.’

The Mail first told of the plight of the couple and how they were trapped with 19,000 others in the squalid Moria camp on Lesbos – branded the ‘worst refugee camp on Earth’ – in July.

It highlighted calls from former Army officers and Afghan veterans to allow the couple to apply for relocation to the UK.

It later told of their heartbreak after appearing not to qualify for a change in Government policy that allowed interpreters who had served 18 months on the front lines and then resigned, to relocate to the UK. 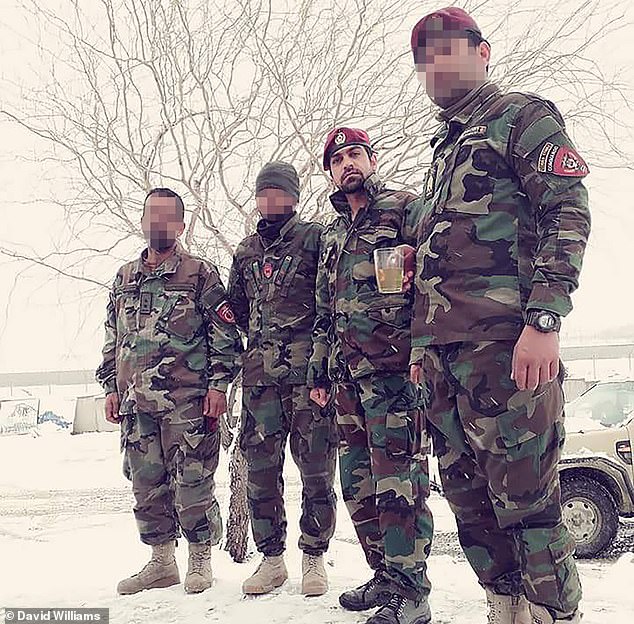 Crucially, it exempted those who had already fled Afghanistan to third countries because of Taliban threats.

But in a significant step forward, Mr Wallace instructed that ‘discretion’ be used on a ‘case by case’ basis, allowing more interpreters sanctuary.

By then, the couple were sharing a tent with three families after fire destroyed the main camp. It was often hit by floods and robberies and stabbings were common. They arrived there in 2019 after a gruelling trek through Iran and Turkey.

Even after being informed in January he would qualify for relocation Nesar still doubted it would happen because he was in a third country.

Last week, he was finally told he and Nazanin would be welcome in the UK.

Former captain Peter Gordon-Finlayson, an Afghan veteran and founding member of the Sulha Alliance, which campaigns for interpreters, said last night: ‘We are delighted to welcome Nesar to the UK and thank the Home Office and MoD for intervening in his case – he will be a credit to society.’

Nesar worked with the British in Helmand from 2009 to 2011, followed by three years with US Special Forces and then two years as an Afghan Army officer.