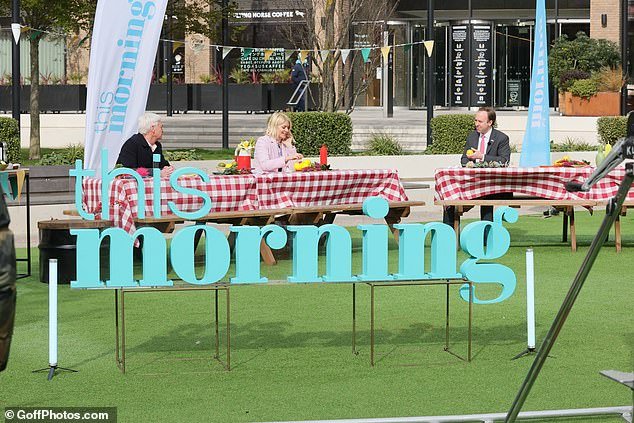 Hope for holidays? Matt Hancock says trips abroad ‘may well’ happen this summer but leaves viewers cringeing as he describes the ‘red room’ office where he does interviews as a ‘boudoir’ during appearance on ITV’s This Morning

Matt Hancock today offered hope for foreign holidays insisting they ‘may well’ be able to happen this summer.

The Health Secretary said ‘the door is not shut’ on international travel over the coming months, suggesting it will depend on evidence about vaccine effectiveness on variants.

The comments come after gloomy signs that the ban on non-essential trips could be in place until August, with scientists warning tight borders could be the only way to unlock the country safely.

Meanwhile, Mr Hancock used his appearance on ITV’s This Morning with Holly and Phil to express his fondness for his office. The Cabinet minister regularly uses the ‘red room’ at his home to conduct interviews over Zoom.

Asked about the public reaction to the decor, Mr Hancock said: ‘I love my office. I love it.’

Pressed on whether it was an ‘angry red’, he said: ‘No, no, it’s like a boudoir, it’s soothing. It’s just, you know, me and my paperwork.’

On ITV’s This Morning, Matt Hancock insisted the ‘the door is not shut’ on international travel over the coming months 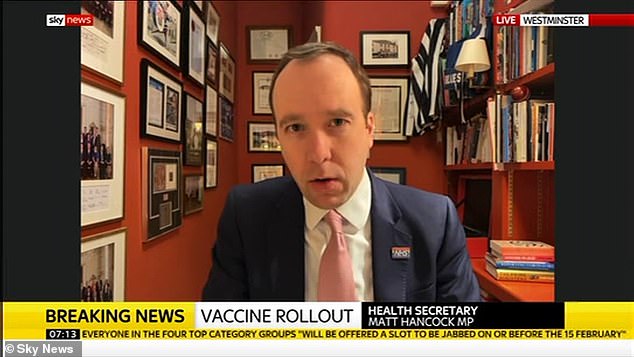 Mr Hancock said the ‘biggest problem’ the UK faces is from variants, confirming the government is looking at whether a booster vaccine dose will be needed in the Autumn.

‘We’re also working on a new vaccine that we might have to roll out in the autumn to give people a third dose that will deal with this problem. So we’re working on that now,’ he said.

Pressed on whether current vaccines work against the South African and Brazilian variants, Mr Hancock said the picture should become clearer ‘over the next few weeks’.

‘We’re not yet sure, but we’re doing the science in Porton Down, and watching very closely, and if that all goes well, then we haven’t got a problem and then we’ll be much more relaxed about international travel. We will know more over the next few weeks,’ he said.

Mr Hancock said he had a ‘lot of sympathy’ for the travel industry, adding: ‘We all want to get that going as soon as possible but the most important thing is to protect the recovery here at home, so people can see their loved ones and don’t have to go into lockdown again.

‘We may get to a position where if you’ve had your jab, then other countries will say ”you’ve got to have the jab to come in”. And so we’ll make sure everybody can do that…’

Mr Hancock suggested there is still a chance foreign holidays can happen this summer.

‘There may well be, I wouldn’t rule that out. The door is not shut, it’s just too early to say, but what we can say with confidence is that the unlocking home is on track,’ he said. 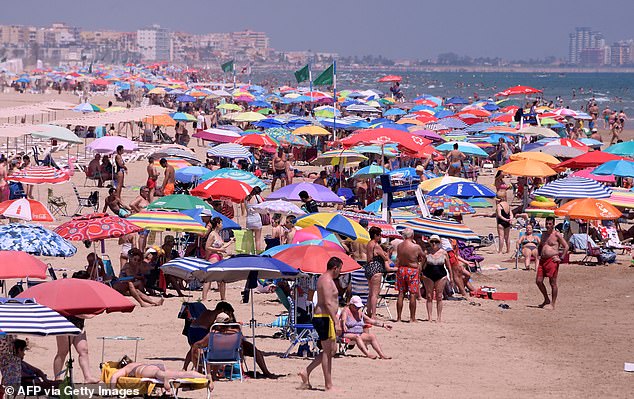 Many are Britons are desperate to get away on holiday, with destinations like Valencia in Spain (pictured) very popular