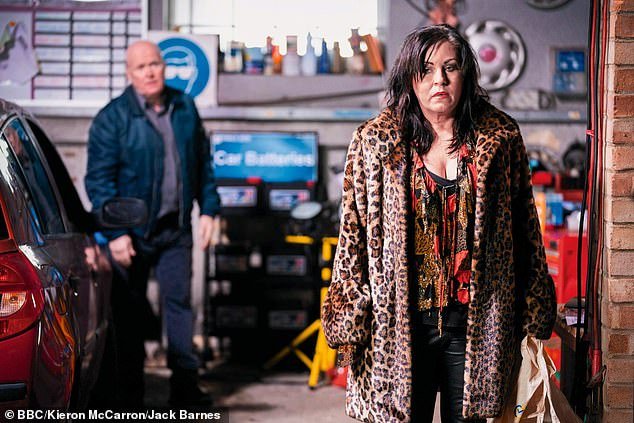 The complex relationships between parents and children have been brilliantly explored in EastEnders recently – Jean and Stacey, Suki and Ash, Lucas and Chelsea (which had me in tears).

These relationships are so tricky, it’s a wonder parents don’t look into selling their kids on eBay: ‘Brunette, nasty temperament, prone to murder’ (Tracy, Corrie). ‘Youngish man, incapable of keeping his trousers on, personality of a tailor’s dummy’ (Emmerdale’s Jamie). ‘Brood of losers, free service at the launderette for any takers’ (EastEnders’ Karen).

Even when children start out well, they inevitably follow everyone else into the path of oncoming trucks. EastEnders’ Tiffany is beautiful, kind, loving, but is fast heading for disaster the longer she works at the club.

Emmerdale’s Gabby, the product of a vicar and the lovely Bernice, is turning into a mini-Lady Macbeth. Corrie’s Simon has been through more bad stages than… well, his mother, and she’s been an arsonist, a prostitute and a drug dealer.

She hasn’t yet been an alcoholic, though. Those unopened bottles from last year are still sitting on Leanne’s kitchen unit. Come on, kids; any takers?

Kat wants to keep her fling with Phil quiet, but teases him about defining their relationship in Eastenders. Will she confess her feelings when she overhears Phil booking a romantic holiday?

Playing hard to get has never been Kat’s style. Short of having ‘I’m anyone’s’ tattooed on her forehead, it’s hard to imagine her signals being interpreted as anything other than an open invitation. Fings ’ave been diff’rent wiv Phil.

She wants their fling kept quiet, but she teases him about defining their relationship (pictured). Oh, dear. You know when a woman asks about where she stands, the next question is, ‘What are you thinking about?’ It’s always football.

Will Kat confess her feelings when she overhears Phil booking a romantic holiday? I keep telling you, Kat: stop lurking around corners, listening to conversations, especially Phil’s. At least she can hear him, that’s more than the rest of us half the time.

Phil knows that Kat is keen (yer don’t say – their first encounter was down among the spanners at the garage), but when he suggests dinner, she plays it cool again. She doesn’t want to go public while Kush’s trial is underway, but Phil tells Kat that dinner is back on after he gives Kush advice about prison.

That sounds ominous. Seeking advice from Phil is like asking Gordon Ramsay about the finer points of etiquette. 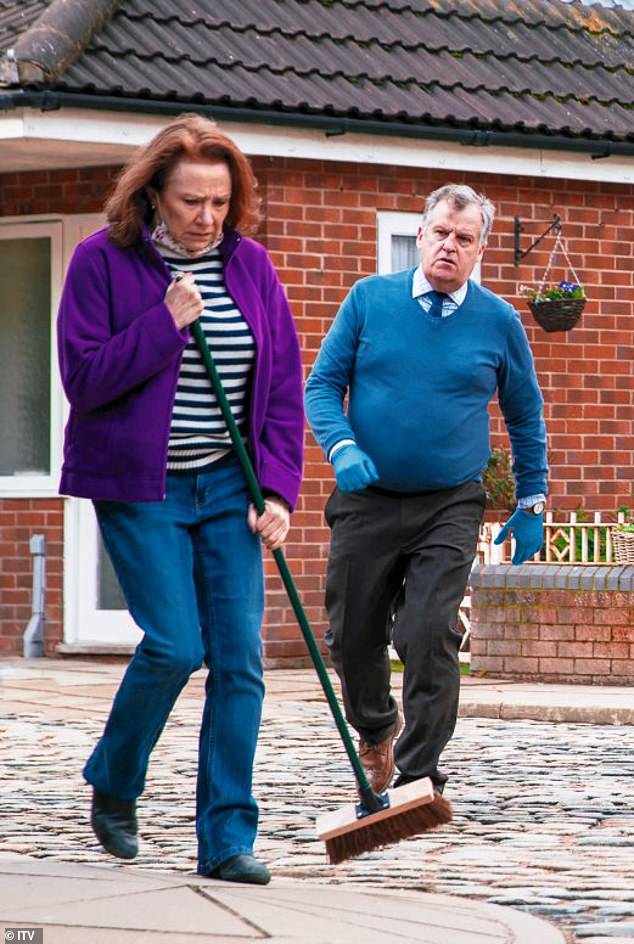 Greater love hath no man than that he taketh the blame for his partner’s online trolling. Yes, lovely Brian, I’m looking at you. Protective towards Cathy, with not a word of admonition, he chose to take abuse from the neighbours rather than see Cathy admit blame for writing about Steve and Tracy. But when a brick comes through the Kabin window, Cathy comes clean.

It’s hard to see what difference the boycott of the Kabin will make. Have you seen how many sweets are on the shelves? Pear drops, fruity pops, cola cubes – and no one has bought so much as a sherbet dip since Millennium Eve.

So, with Cathy public enemy number one, it falls to a magnanimous Steve to ask Dev to stop stealing the Kabin’s business. It’s hard to imagine that they’re more than £2.50 down a week.

They’d both be better off storming the more competitive Co-op and giving them what for. A large Cadbury Crunchie Egg was down to £6 there as we went to press, by the way. Just sayin’.

Alina is upset by the arrival of Immigration Enforcement after someone reports her for tax evasion (not axe evasion?). Tyrone is upset, convinced Fiz is the culprit (OK, I confess it was me; anything to escape the interminable pain of this storyline).

When Fiz demands to know how he feels, he says he’s in love with Alina. Let that be the end. Here are two one-way tickets to Romania. On me.

EMMERDALE: A NOT SO FINE ROMANCE

Bob has always been a romantic, but will Wendy be impressed in Emmerdale? (Pictured)

The wooing process is never easy in Emmerdale. A packet of pork scratchings and half a lager is enough to send some rushing to the altar; if you’re Kim, you forego the snacks, because time is precious… people to see.

Bob has always been a romantic, but will Wendy be impressed (pictured)? After telling Dan they have yet to consummate their relationship (waaay too much information), he turns on the charm. Oysters, opera, candles, er flying outfit – alas, Wendy makes her excuses and leaves. I’m telling you, Bob; next time, bring a can of Stella.

As for Paul… rest in hell.