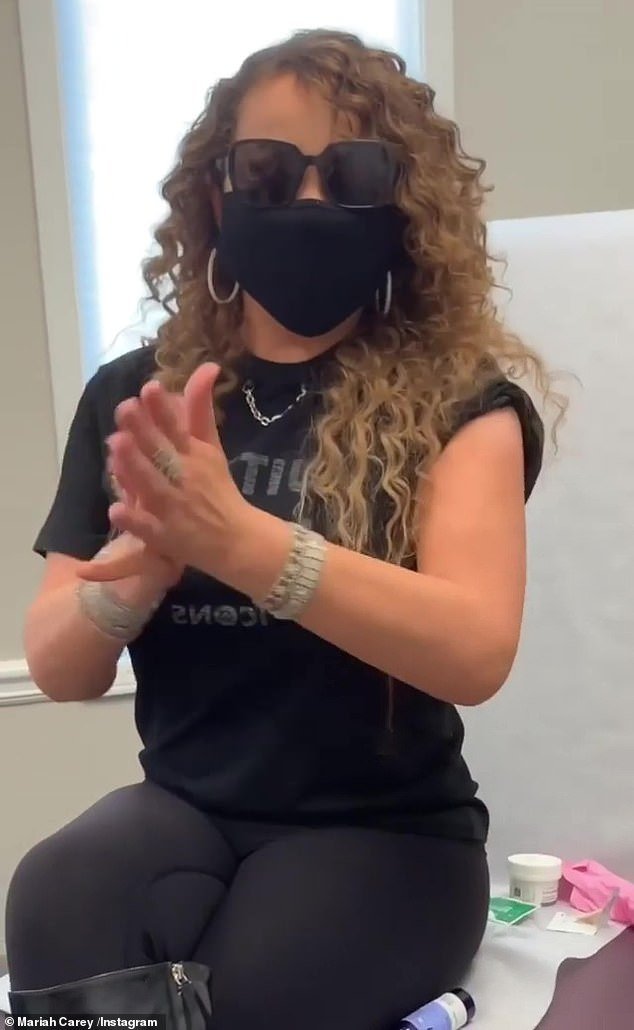 Mariah Carey was thrilled to receive her first COVID-19 vaccine, celebrating the occasion with a fun Instagram post on Saturday.

The All I Want For Christmas Is You singer appeared to be in good spirits as she sat in a medical office while being prepped for her initial inoculation.

While the 53-year-old diva said she was ‘excited and nervous a little bit about getting this shot,’ she couldn’t help but sing after getting the prick, sailing into a one of her signature whistle notes – which was half-scream, half-song – upon injection.

Carey was dressed in an all-black ensemble for the appointment, looking casual while clad in graphic t-shirt, matching leggings and knee-high leather boots.

Glamming things up, she accessorized with bangles on her wrists, a set of hoop earrings, and a large pair of sunglasses that she kept on for much of the video.

Her beautiful light brown hair fell onto her shoulders and backside as she prepared to receive her first vaccination. All the while, she kept a facial covering on for the length of the video.

While the medical practitioners in the room discussed the administration of the inoculation, Carey kept speaking to the camera to keep her nerves at bay. 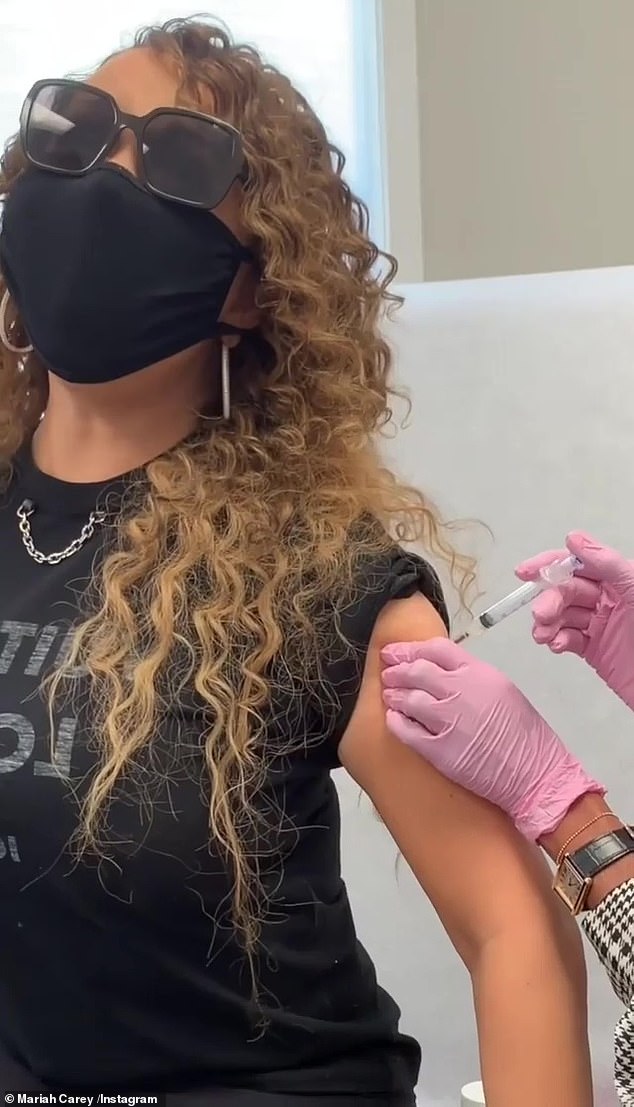 Working the pipes: The hitmaker let out two yelps while being inoculated and referenced her reaction in the post’s caption, which read, ‘Vaccine Side Effect: G6’ 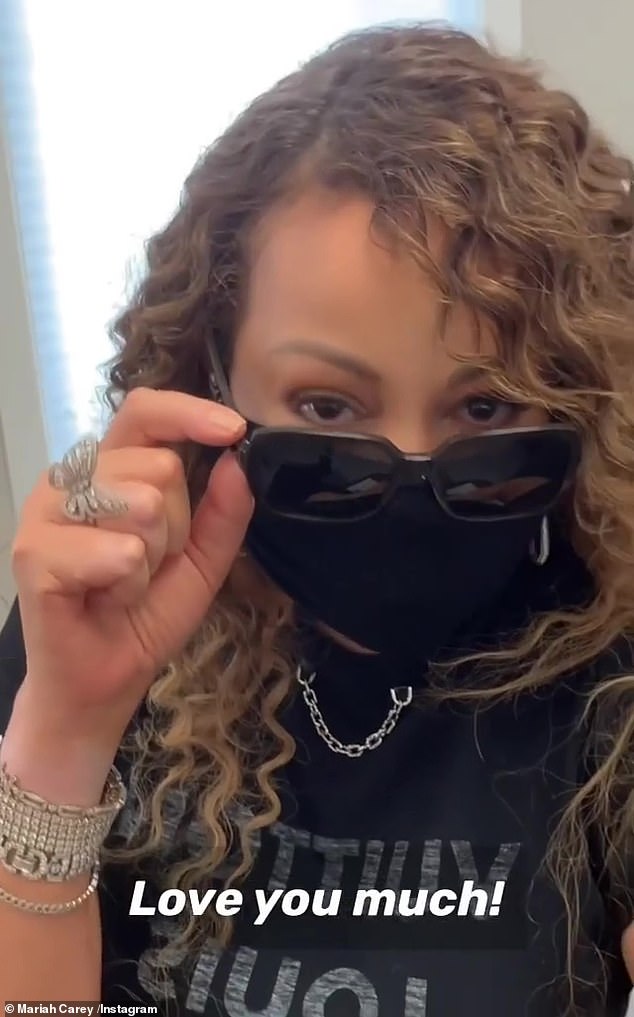 Coping mechanism: The singer-songwriter was very talkative before she received her first vaccination and noted that she was trying not to ‘really think about it’

‘This is distracting them from doing their job, but you know how I am, I just talk and don’t really think about it,’ she explained.

She reminded fans how she’s been all about promoting good health habits throughout the pandemic, recalling a video of her washing her hands with her two children Moroccan and Monroe, both aged nine, last March.

‘Here we are, all the way from that first post…trying to encourage people to be really safe, and, you know we’re still in this battle together,’ she expressed.

Carey then proceeded to hit two high notes, which she referenced in the caption saying: ‘Vaccine side effect: G6.’

The singer-songwriter was surprised she didn’t see blood after the syringe was pulled out of her arm, and remarked: ‘See, I’ve proven my point that I’m actually a vampire.’ 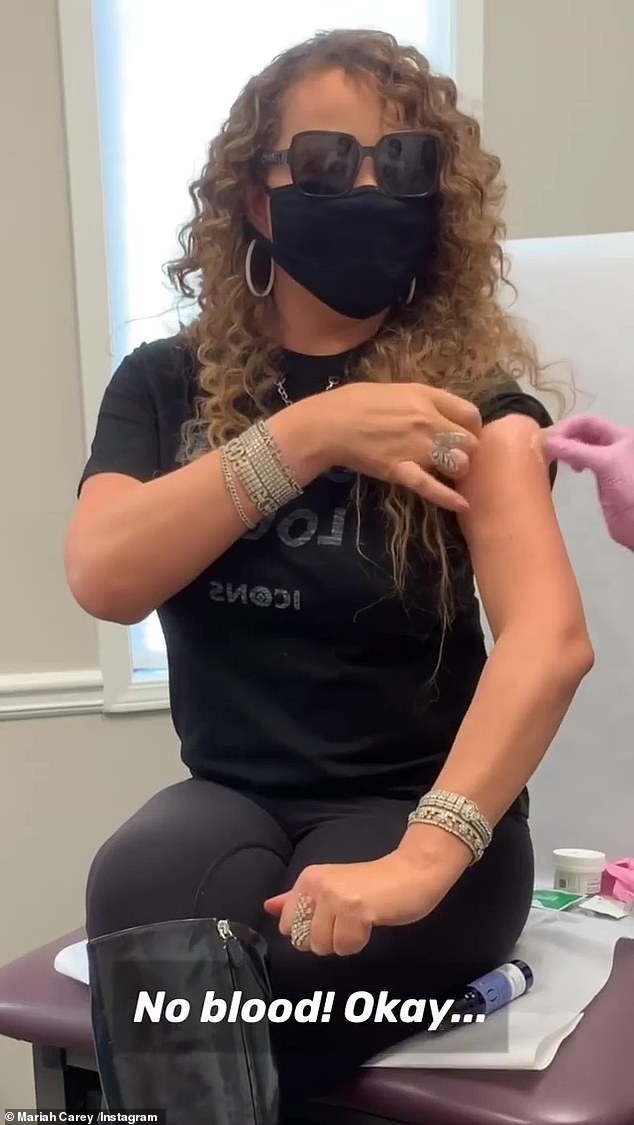 Spilling the beans: After Carey noticed that she was not bleeding after getting her shot, she joked she was ‘actually a vampire’

The hitmaker finished her video by encouraging her followers to get the vaccine ‘when you can’ and noted that ‘we’re all in this together.’

The day after she received her first vaccination, Carey posted a snap to her Instagram account to celebrate Easter with her fans.

The festive Fantasy singer cuddled with two of her dogs while wearing bunny ears and a pink striped robe in front of a balloon display.

‘The Easter Bunny just left! Thank you EB!’ Carey wrote in the caption. 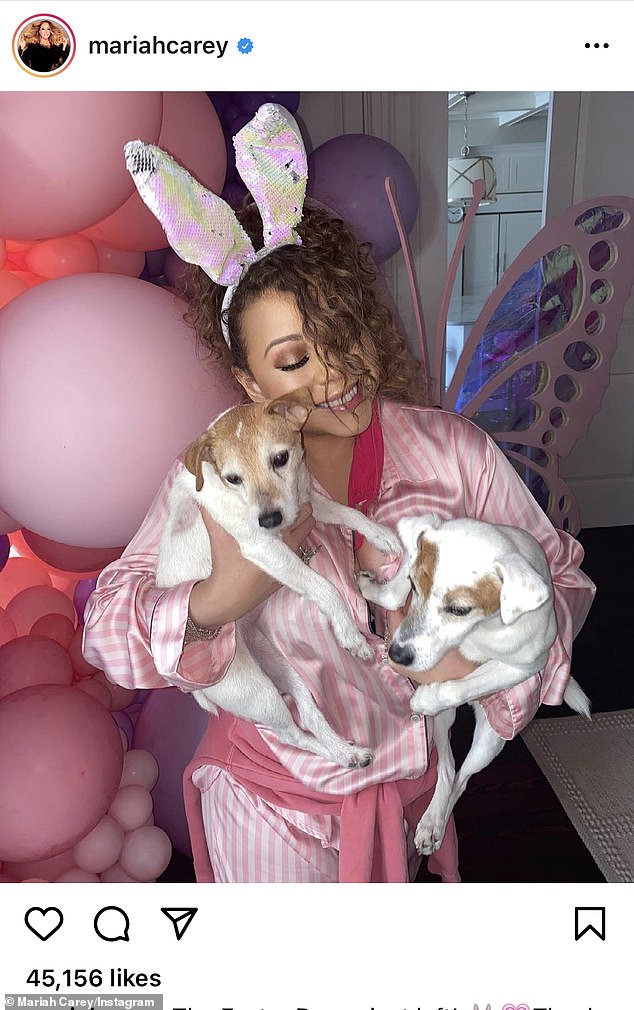 Bunny hop: The next day Mariah celebrated Easter with her kids and two cute dogs

While she’s been making the most of home time during the pandemic, the songstress seems eager to perform again.

Her most recent performances came during her concert residency at The Colosseum at Caesars Palace in Las Vegas, which was titled The Butterfly Returns and ran until February 29th of last year.

Prior to the end of her residency, she embarked on the Caution World Tour, which saw her traveling to 12 different countries during its length.

Reviews for her efforts were widely positive, with many critics celebrating her legendary singing abilities and positive stage presence. 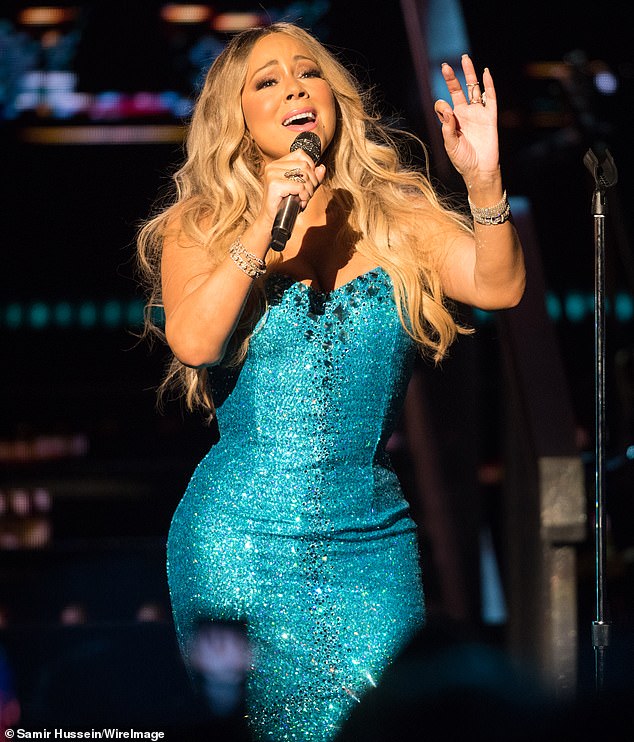 Back in the day: Carey’s most recent live performances came as part of her The Butterfly Returns residency, which took place at Caesar’s Palace in Las Vegas; she is pictured performing in 2019