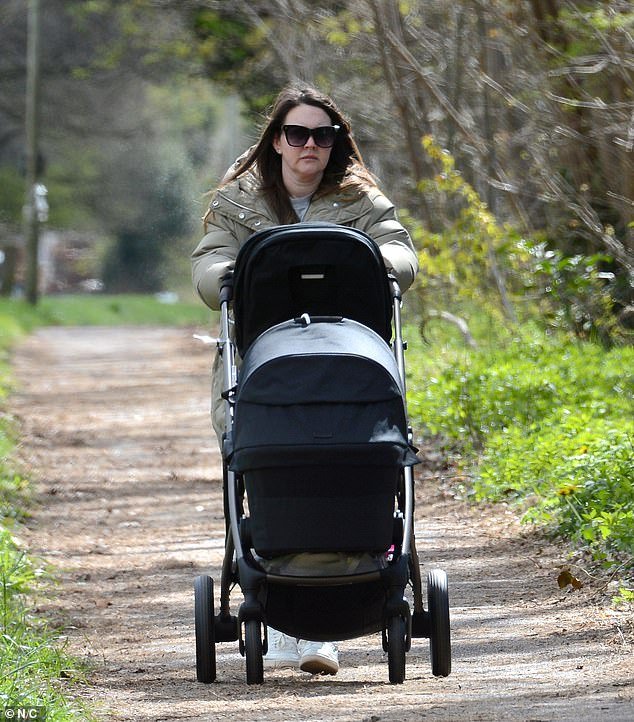 She recently became a mum for the second time with the birth of her son Trilby.

And Lacey Turner cut a casual figure as she headed out with her two children nestled in a double pram for a stroll in the Hertfordshire countryside on Tuesday.

The EastEnders star, 32, wrapped up in a cosy camel padded jacket as she headed out for a relaxing walk with her baby boy Trilby, and daughter Dusty, 19 months.

Low-key: Lacey Turner cut a casual figure as she headed out with her two children nestled in a double pram for a stroll in the Hertfordshire countryside on Tuesday

Lacey opted for a thick camel-coloured jacket over grey leggings as she wheeled the pram through the country during her walk.

The soap star shielded her eyes with oversized sunglasses as she headed out for the day with her two kids in the layered pram.

Lacey revealed Trilby’s name last month, after welcoming him into the world with her husband, Matt Kay, in February. 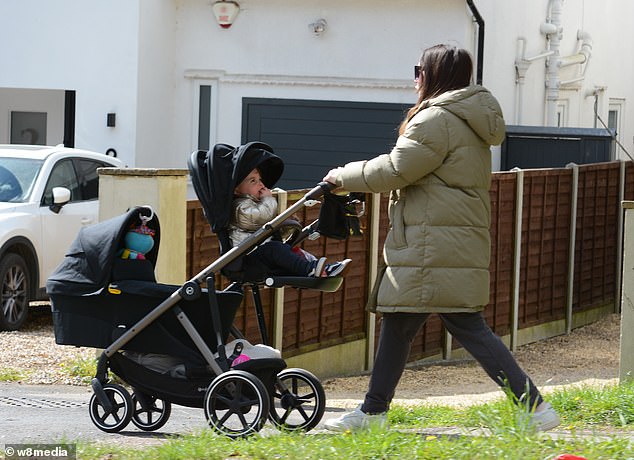 Out and about: The EastEnders star wrapped up in a cosy camel padded jacket as she headed out for a relaxing walk with her baby boy Trilby, and daughter Dusty, 19 months

The actress, who is also the mother of 19-month-old daughter Dusty, continued: ‘It’s nice because when people say, “What’s his name?” you say, “Trilby, like the hat.” When we had Dusty, we said, “Dusty, like Dusty Springfield.”

She also went on to discuss Trilby’s arrival at 36 weeks, which led to him spending two days in a special care unit after it was discovered he had fluid on the lungs.

‘It’s so strange to see your baby strapped up to loads of wires but he’s doing really well now,’ she said, before revealing how quickly she was back at work. ‘I texted work saying, “I won’t be in tomorrow or the next day but I’m happy to come in next week.”

‘I had such a quick birth and my recovery was so quick, I just popped in a few days later to finish my couple of scenes. EastEnders were amazing and accommodated the times I could work. The plan is to have six months off and go back in August.’ 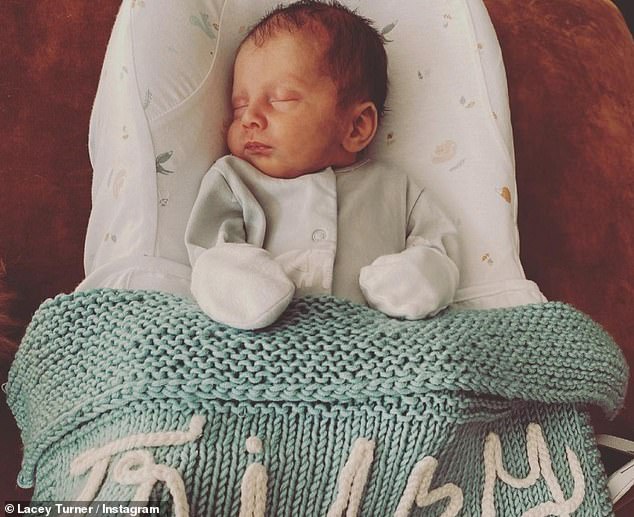 She confirmed the arrival of her bundle of joy to OK! magazine at the start of February, days after he was born, and said they are ‘completely besotted’ with him.

Their son was born early and weighed 6lbs, with Lacey saying her daughter Dusty is already ‘so in love’ with the bundle of joy.

She told the publication: ‘Matt and I are so completely besotted with our early surprise and Dusty is so in love with her new baby brother! How lucky we all are.’ 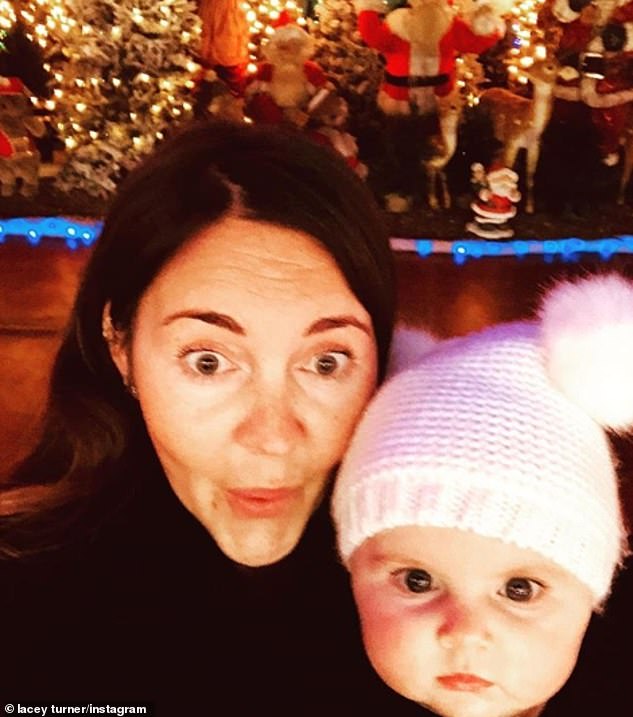 Joy: Stacey introduced her new bundle of joy in the pages of OK!, while discussing his unusual moniker and harrowing premature birth. Pictured with daughter Dusty

The actress welcomed her daughter Dusty in July 2019, after announcing she was pregnant the previous February.

Lacey recently talked about suffering two miscarriages before conceiving Dusty, and has said it was a ‘miracle’ to fall pregnant again so quickly.

She admitted last year it was ‘heartbreaking’ to lose her first babies at seven weeks pregnant, and revealed she had a scan ‘every week’ during her pregnancy with Dusty.

She discussed the differences between her pregnancy with Trilby and when she carried her daughter Dusty during an interview on Loose Women in October.

The media personality said: ‘With Dusty, I was quite sick at the beginning. But this time round I haven’t been so sick, which is always nice.’

Lacey also admitted that she was so busy with her daughter that she sometimes forgot she was pregnant this time round. 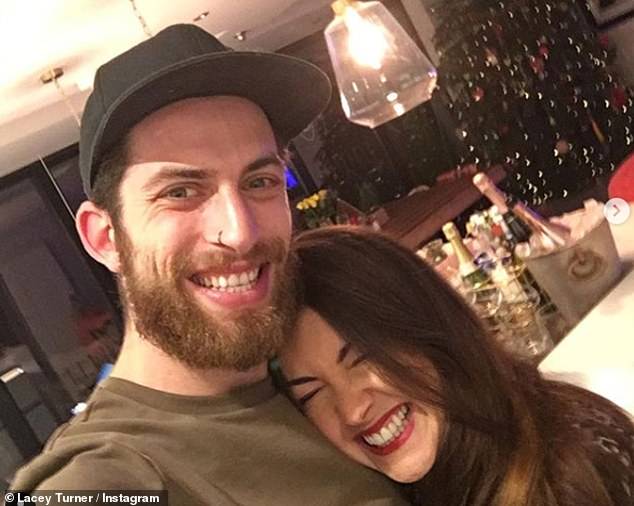 Much to celebrate: Lacey revealed in February that she had given birth to her ‘miracle’ second child, a baby boy, with husband Matt Kay