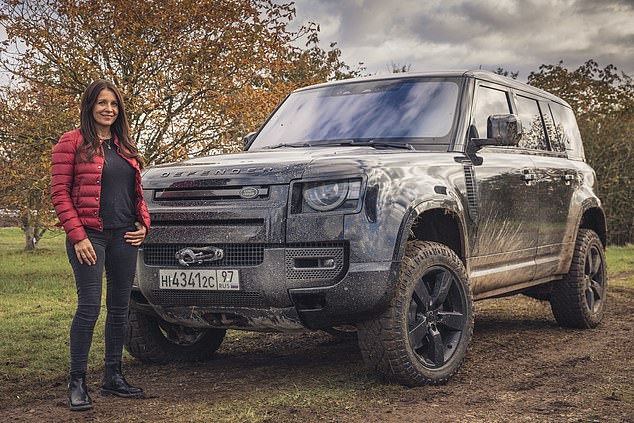 For far too long it was a scene so laughably common that it could have been in a comedy sketch show.

A sleek, smarmy salesman in a shiny silver-grey suit welcomes a husband and wife into his car dealership and proceeds to talk to the man about engines and horsepower, and the woman about vanity mirrors and baby seats.

But after years of being patronised and pigeon-holed by male executives and salesmen (‘No, it doesn’t come in pink, madam’), it’s women who are proving they are the economic powerhouses behind many car-buying choices.

So much so that industry research reveals that women have input into the final decisions on about eight out of every ten cars sold, whether they are buying for themselves, as part of a couple or for a family.

To prove that the stereotypes of women driving only under-powered runabouts are well and truly on the way out, female motoring experts have recently voted the rugged new Land Rover Defender the best car in the world, for its practicality in the asphalt and Amazon jungles.

It was named Supreme Winner of the Women’s World Car of the Year, as well as best medium SUV for 2021, in the only car awards with an international jury composed exclusively of women and featuring 50 motoring journalists from 38 countries, including the UK. 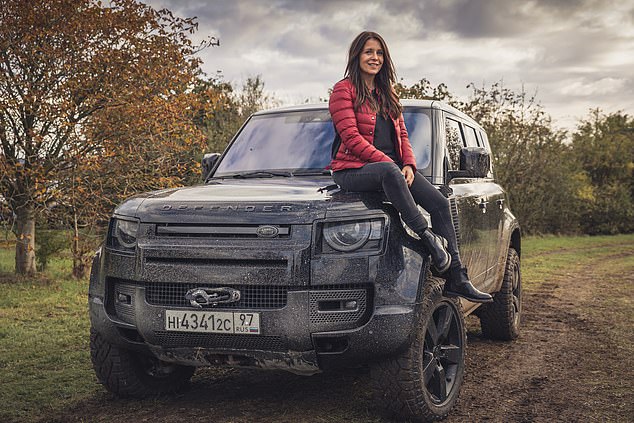 Ginny Buckley, founder of the electric car website electrifying.com, admits that the buying experience is not always great for women drivers

Marta Garcia, executive president of Women’s World Car of the Year, says: ‘The jury’s decisions represent the liking and preferences of millions of women drivers around the globe.

‘But cars have no gender and are not subject to stereotypes, so the winners of these awards are, quite simply, the best cars in the world.’

She adds: ‘Voting criteria is based on the same principles that guide any driver when choosing a car. It is not a ‘woman’s car’.’ 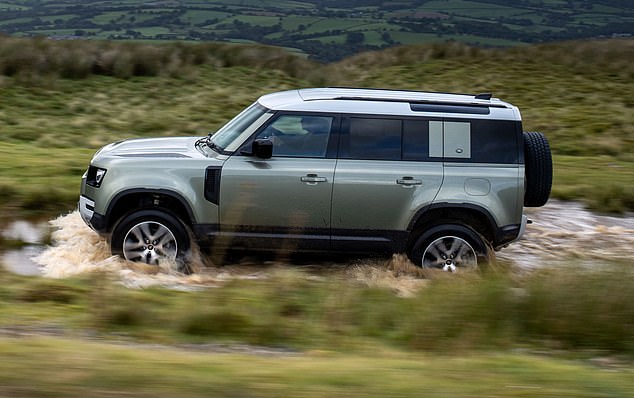 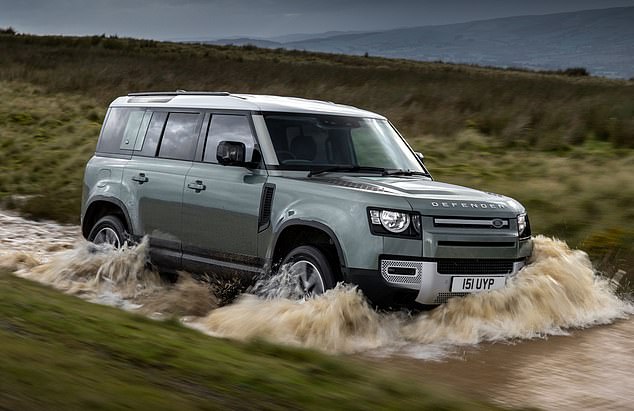 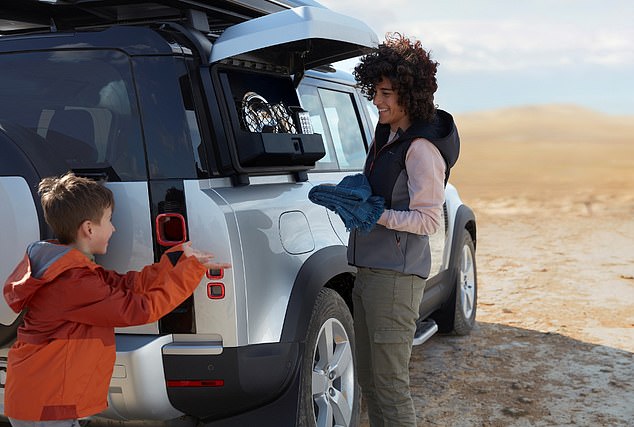 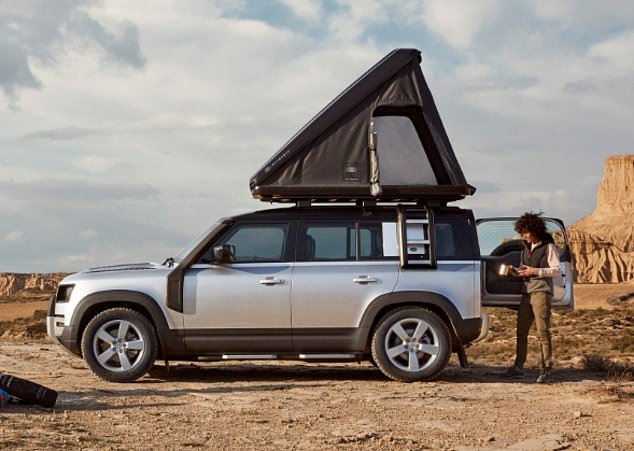 The sheer variety of the vehicles that topped the various classes in the awards also highlighted the widely diverse range of tastes and preferences of the jury.

Kia’s Sorento took the honours for best large SUV, the rufty-tufty Ford F-150 romped home for the prize of best 4×4 and pick-up, and the compact Honda-e was voted leading electric vehicle. 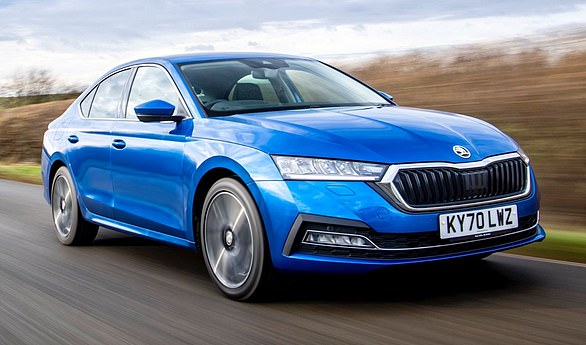 As Skoda moves more upmarket with a very distinctive and bold style, the fourth generation Skoda Octavia, priced from £21,335, is available as a hatchback or estate format and in either front-wheel or all-wheel drive. 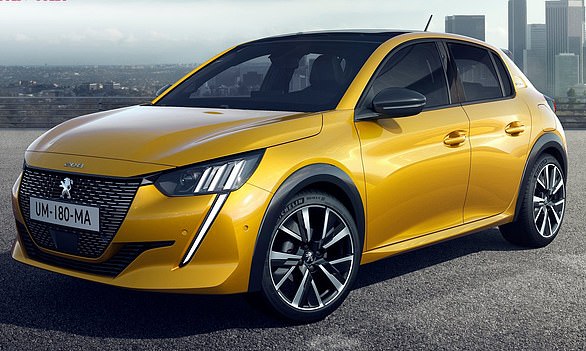 A perky hot hatch available in a choice of petrol, diesel or pure electric — and a spiritual successor to the classic 1980s 205 GTi — it was crowned European Car Of The Year 2020. 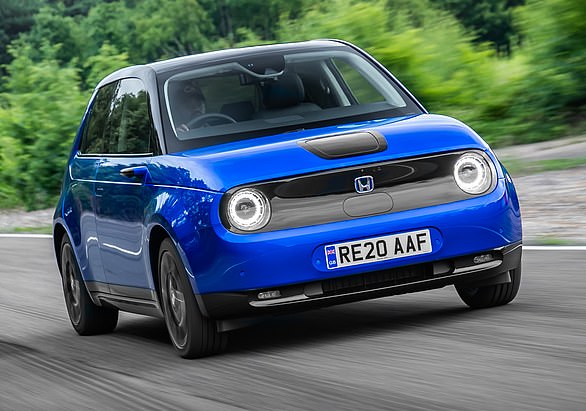 The zippy electric Honda-e is a cute retro take on future motoring, and based around the style of a 1970s Honda Civic.

Priced from £28,215 (after deducting the £2,500 plug-in car grant), the interior is like a Scandi living room, with smart fabrics, tasteful wood trim and five screens across the width of the digital dashboard. The main drawback is a 125-mile range. 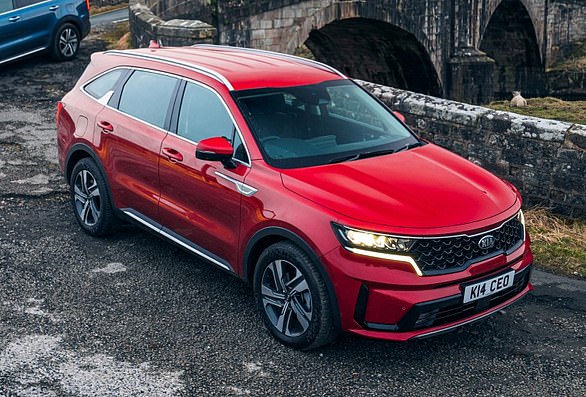 Whether for active lifestyles or family-friendly fun, the new fourth generation Kia Sorento seven-seater has won many fans thanks to its mix of practicality, flexibility, space and high seating position.

The 60:40 split middle row seats slide back and forth, and the two rear seats stow under the floor when load-lugging is a priority.

And to emphasise the point that many women want to drive something with a bit more oomph, the 210 mph £225,000 Ferrari F8 Spider roared away as top choice for performance car.

Sue Baker, the former BBC Top Gear presenter who helps organise the awards, says: ‘Not all cars are designed with women in mind, though some are better than others.

Everyone expects women to want a pretty little city car. Well, that’s not always the case. Women care about the cars they drive. The Land Rover Defender was an inspired winner.’

‘They have the buying power; especially when you consider that women have the final decision in 85 per cent of new car sales.

‘Many women empty-nesters are deciding to treat themselves to a convertible sports car.’ 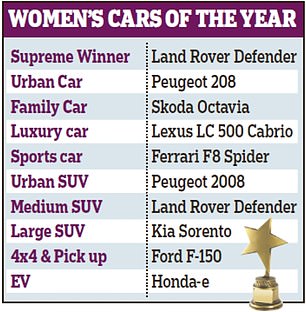 One female executive who proves that women are now in the driving seat of the car industry is Peugeot’s new Coventry-born global chief Linda Jackson, who led Citroen for six years from 2014.

In 2017, Mrs Jackson was named the ‘most influential Briton in the global car industry’, topping a poll of 50 leading car executives in the annual Auto Express ‘Brit List’ — the first time a female executive had taken the top spot.

A year later, she was winner of Autocar’s Great British Women in the Car Industry award.

Yet even she reveals she had first-hand experience of sexism when visiting car showrooms with her late husband, prompting her to carry out ‘mystery shopper’ trips to her own dealerships.

S he says: ‘You do learn a lot about how the customer is treated. Sometimes you go into a showroom with your husband and they just turn to your male partner and say, ‘How would you like to spend your money?’

‘This is what we need to change. We want to make it easier for anyone to buy a car. When women go into a dealership, they want to touch, feel and drive the car. They don’t want hard pressure.’

Sue Robinson – who for 14 years has headed the National Franchised Dealers’ Association, representing 4,000 UK dealerships – says the industry is smartening up its act.

‘We have come a long way. Training has improved,’ she says. ‘I’d be surprised, horrified and disappointed if a female customer went into a showroom now and the salesman or woman directed the conversation at the male in a couple.

‘But if any woman feels she is not being treated correctly, I want to know. I know how it feels. I was once out with my husband viewing a property and the estate agent turned to me to show me the kitchen.

‘Some women are interested in the mechanics of the car. They are practical. People should not assume that a female is only going to look at a car because of its colour.’

MGB’s Cyberstar offers a glimpse into the future

Recalling the great affordable MGB roadsters of the past, this prototype is set to make its debut at the Shanghai Auto Show later this month.

Designed at the MG Advanced Design Centre in London’s Marylebone, the MG Cyberster is a two-seater sports car and would most likely be built by owners SAIC in China. 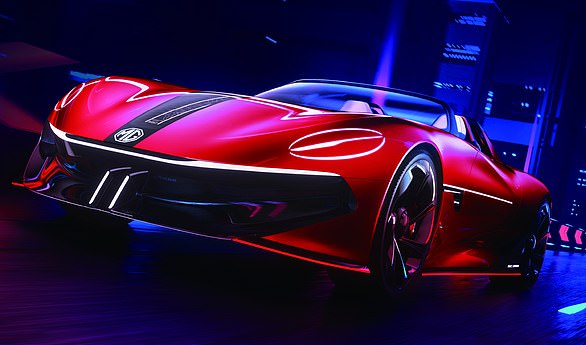 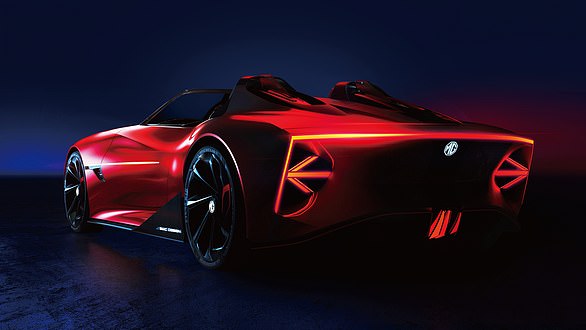 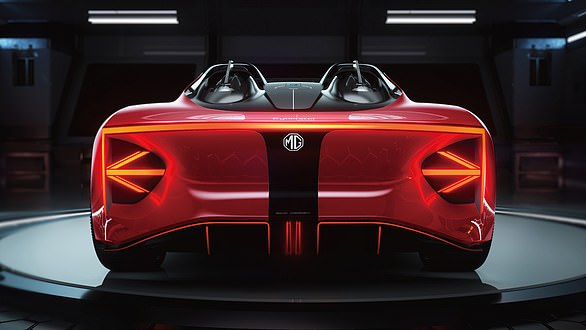 Future retro: Recalling the great affordable MGB roadsters of the past, this prototype MG Cyberster is set to make its debut at the Shanghai Auto Show later this month

The all-electric MG promises rest to 62 mph acceleration in less than 3 seconds, and a range of up to nearly 500 miles.

It features a slim grille, and interactive ‘Magic Eye’ headlights that open up.