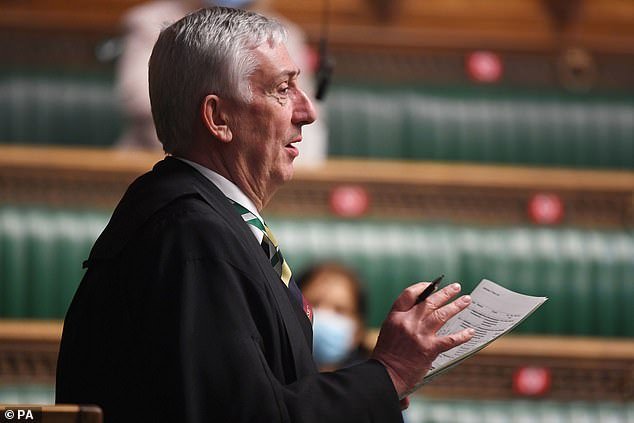 Labour apparatchiks moaned on a WhatsApp chat that the Commons recall for tributes to Prince Philip on Monday will be a ‘ninety-minute circle jerk’ following the Duke of Edinburgh’s death today aged 99.

Screenshots from the Labour MPs’ office managers chat published by Guido show party insiders are displeased with the decision to recall Parliament from its Easter recess to pay tribute to the Queen’s husband.

The website said the messages show Jay Glover, MP Alison McGovern’s office manager, replying to a WhatsApp message thread in which the recall for tributes is called a ‘ninety-minute circle jerk of what a great man he was’.

No10 and parliamentary officials confirmed the move to reconvene the House of Commons on Monday from 2.30pm, a day earlier than had been scheduled.

The Lords was already scheduled to return from recess on Monday at 1pm, but officials said they were finalising arrangements and any adjustments to business.

Commons speaker Sir Lindsay Hoyle called today ‘obviously a very sad day for Her Majesty, the royal family and the whole country’ after Buckingham Palace announced the duke passed away at Windsor Castle this morning.

In a statement, he said: ‘The Duke of Edinburgh has given his unwavering support to the Queen, both as a husband and as a consort.

Sir Lindsay Hoyle, the Commons Speaker, said the Duke of Edinburgh served the UK with ‘distinction’

‘Described by Her Majesty as ‘my constant strength’, he served this country too, first with distinction during the Second World War and selflessly throughout eight decades during peacetime.

‘Prince Philip has performed wide-ranging official roles, carrying out thousands of engagements and overseas visits on behalf of the United Kingdom and the Commonwealth.

‘He will be remembered for his loyal devotion to service and his leadership of hundreds of ideals and causes close to his heart.

‘Most notably, of course, is the Duke of Edinburgh’s Award which helps millions of young people around the world to achieve their full potential as team members and future leaders in their chosen fields.

‘His was a long life that saw so much dedication to duty.

‘Today we must pause to honour him and to offer our sincerest thanks for the prince’s devout faithfulness to our country – and all the nations shall miss him greatly.’

The most recent House of Commons recall from recess took place on January 6 to enable MPs to debate emergency Covid-19 legislation.

Other recent recalls include June 20, 2016 to allow MPs to pay tribute to their murdered colleague Jo Cox.