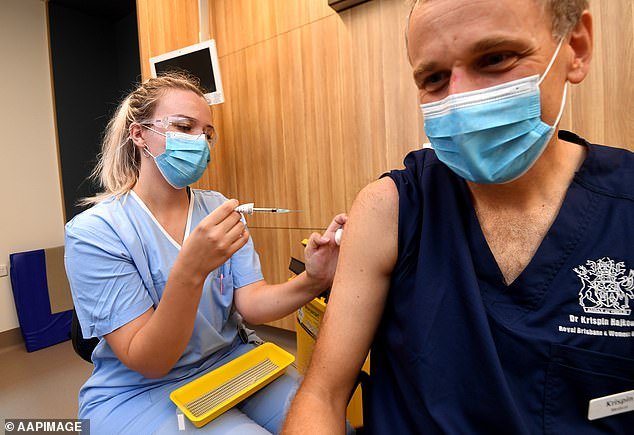 Australia will soon begin sharing its vaccine stockpile with nations in the Pacific, despite the derailment of its own inoculation plan at a time when hotel quarantine systems are reporting an influx of Covid patients.

At least 10,000 Australian-manufactured doses of the AstraZeneca vaccine are to be distributed each week to help the country’s neighbours inoculate their highest-risk populations at a time when the international supply is constrained.

Supply will scale up as required, Health Minister Greg Hunt, Foreign Minister Marise Payne and Minister for International Development and the Pacific Zed Seselja said in a joint statement.

‘Our region’s health security and economic recovery is intertwined with our own,’ the statement reads.

Australia will soon begin sharing its vaccine stockpile with nations in the Pacific, despite the derailment of its own inoculation plan at a time when hotel quarantine systems are reporting an influx of Covid patients

‘Doses will initially be made available to our friends in Papua New Guinea and Timor-Leste, which are facing significant Covid-19 outbreaks.’

Fiji, Solomon Islands and Vanuatu will also begin to receive doses in the coming weeks.

The announcement comes as Australian health authorities are racing to rebuild their vaccine rollout timetable, after new health advice forced the government to bin its initial plan.

Meanwhile, Covid-infected Australians continue to return to the country in high numbers.

Some six new virus cased were reported in hotel quarantine on Saturday – four in NSW and one each in Queensland and Victoria. 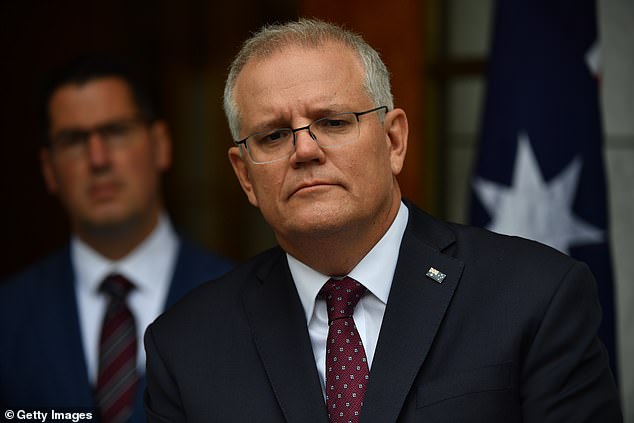 Prime Minister Scott Morrison originally set October as the rollout deadline but as most people were set to receive the AstraZeneca vaccine, he now won’t say when all Australians can expect to have their first jab.

The country is now pinning its hopes on the Pfizer coronavirus vaccine, with the AstraZeneca vaccine no longer recommended for people under 50 because of an extremely rare but serious blood clot side effect.

That age group has been told to opt for the Pfizer vaccine, with the government hoping an extra 20 million doses arrive in the country by the end of the year.

That would take Australia’s total supply of Pfizer jabs to 40 million.

Prime Minister Scott Morrison originally set October as the rollout deadline but as most people were set to receive the AstraZeneca vaccine, he now won’t say when all Australians can expect to have their first jab.

The health advice has plunged the country’s vaccine rollout into chaos.

Western Australia cancelled appointments for people under the age of 50 who had been expecting to get the AstraZeneca vaccine on Friday.

The rollout has been paused in Queensland’s far north as authorities work through the implications of the rare blood clot advice. 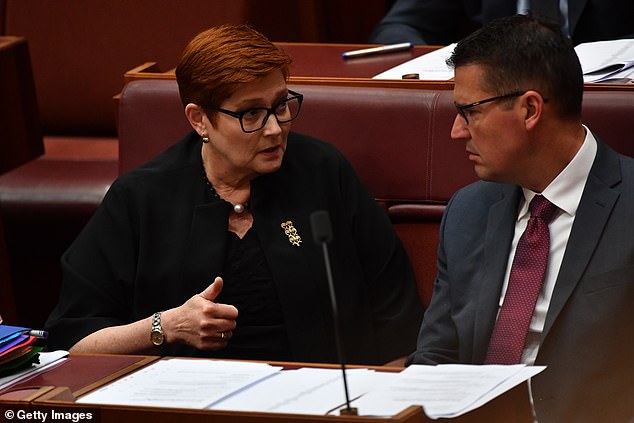 Vaccinations in the Torres Strait have been a priority for Queensland given its number of vulnerable communities and proximity to the outbreak in Papua New Guinea.

Plans have also been derailed in the Northern Territory, because the Pfizer vaccine needs to be stored at much cooler temperatures than AstraZeneca.

This makes it harder to transport to remote areas outside of Darwin and Alice Springs that do not have specialist medical refrigerators.

NSW is still working on its plans to create mass vaccination hubs to inoculate tens of thousands of people each week, but it is reliant on supply.

Labor is again urging the federal government to lock in deals for other vaccines, particularly the Moderna jab.

More than one million Australians have now been vaccinated, with the government also promising more frequent data on how the rollout is progressing.

– Australians who have had their first dose of the AstraZeneca vaccine without any serious adverse events can safely be given their second dose, including those under 50

How will this affect Australia’s Covid-19 vaccination rollout?

– Rollout plan will be recalibrated and re-evaluated

How the AstraZeneca vaccine works:

– Adenovirus vaccine – To make the vaccine, the common cold virus is genetically modified to trigger it to make the Covid spike protein – which the virus uses to invade cells.

– When the vaccine is administered the patient’s immune system attacks the spike protein by building antibodies, priming it to fight off Covid before it leads to an infection.