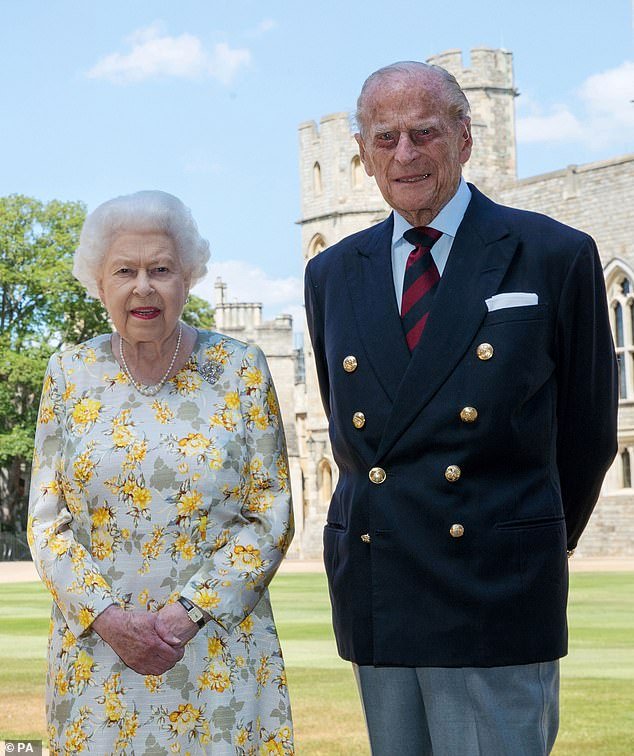 The life of Philip, Duke of Edinburgh, is one of such astonishing length and intensity, stretching so far back into the unreachable past and containing so much incident, adversity and adventure that it takes Shakespeare to sum it up: ‘We that are young shall never see so much, nor live so long.’

In fact the whole passage from the closing scene of King Lear is remarkably fitting at this moment of public mourning and reflection on the 99 years that Prince Philip spent on Earth: ‘The weight of this sad time we must obey. Speak what we feel, not what we ought to say. The oldest hath borne most.’

In trying to encompass this important moment in our national life, The Mail on Sunday first of all offers its most sincere condolences to the Queen on a loss that is both deeply private and unavoidably public.

We have lost a significant national figure, a good and brave man, the Queen’s most loyal subject, a great fund of experience and wisdom, and an anchor

The whole idea of a Royal Family, so central to our constitution, means that members must share their closest relatives with the entire nation. We sometimes forget, in such public bereavements, the personal grief involved, and we should not.

But with mourning, the weight of this sad time, comes remembrance and the desire to learn as much as we can from the lives of those who went before us. And this was a tremendous life, much of it hardly known to the British people until it was (often misleadingly) dramatised in The Crown.

He lived personally through the bitter, angry history of pre-war Europe. He was born into royalty, but swiftly swept up in chaos – rescued as a baby from a military coup, more or less abandoned by his parents, one tragically ill, the other a wastrel, passed like a parcel from relative to relative with no true home.

‘One just gets on with it,’ he once remarked of this period of his life, typically summing up a multitude of slights, humiliations and disappointments in a few syllables, without a hint of self-pity or complaint.

The Prince was no fool. He was far more complex than the lazy caricatures of him suggested. He did not speak lightly because he was ignorant. On the contrary, everything he did and said was founded on knowledge and experience

He saw the turmoil of the times at close quarters, and knew better than most the nature of the danger that civilisation faced. Some of his family actually became Nazis. He became the opposite.

He was rescued once again by the genius Kurt Hahn, founder of Gordonstoun school, and at length given a home and substitute family by the Royal Navy.

And it was in the Navy that he was able to do what any young man in that age longed to do, fight and damage the evil enemy, and play a solid part in eventual victory over tyranny. All this hard experience was gained in the first 30 years of his life, after which he was engulfed, though not overwhelmed, by the institution of Monarchy.

Astonishingly, that life came full circle when the Duke died on Friday at Windsor Castle. For it was also there that his aristocratic mother, Princess Alice, was born, in 1885. We would normally assume that such a background would guarantee a life of comfort, prosperity and security.

Yet between the two events he and his family suffered exile, personal misery and estrangements that would leave him, as a young man, almost wholly alone, penniless, virtually stateless, jeered at ignorantly for being German (or Greek) when he was in fact Danish, living nervously on the fringes of grandeur with only one pair of worn-out shoes to his name.

Only a genuine love affair (which nobody can doubt) could conceivably have led to his marriage to the young Princess Elizabeth, heir to the Throne.

No other force would have overcome the muttered warnings and doubts of courtiers and advisers, who are so good at preventing Royal matches they do not like the look of.

And what a tremendous stroke of providence that was, for everyone involved. How many men would have been virile, brave and self-disciplined enough to accept the permanent subordination of life as a Prince Consort to a reigning Queen?

When plenty of silly people will dismiss you as servile or crushed, it takes exactly the opposite qualities to keep on doing it, for the good of the person you love the most and for the good of the country over which she reigns. The greatest virtues are the ones that go unnoticed and unrewarded.

And then there are the jests, often slightly risky and bluff, for which the Prince became famous. It is impossible to measure how much good these moments did to the Monarchy and to the country. Royalty can all too easily become stuffy, pompous and remote. He prevented that.

The Duke’s remarks were almost always appreciated by those he made them to, and were a perfect illustration of the good rule that a sense of humour is a sense of proportion. There are plenty of things we must all take seriously – death, danger, illness, loss, war – but we will do so better without taking ourselves too seriously, which is why humour flourishes in adversity and danger.

The Prince was no fool. He was far more complex than the lazy caricatures of him suggested. He did not speak lightly because he was ignorant.

On the contrary, everything he did and said was founded on knowledge and experience. He read widely, spoke other languages fluently, studied hard, learned from his unrivalled travels and made himself as expert as he could in the subjects he intervened in.

And so to several British generations he came to embody a whole list of endangered virtues – freedom to express what we really feel, not what we think we ought to say; a basic, unsweetened patriotism, love of country without bombast or boasting; duty; sacrifice; common sense; modesty.

So far ahead of us in years, so full of experience that we cannot now have, so immune from the silly censoriousness of social media, he became a last enduring reminder of what we used to be like before the world changed and so much could no longer be expressed without the risk of being cancelled. 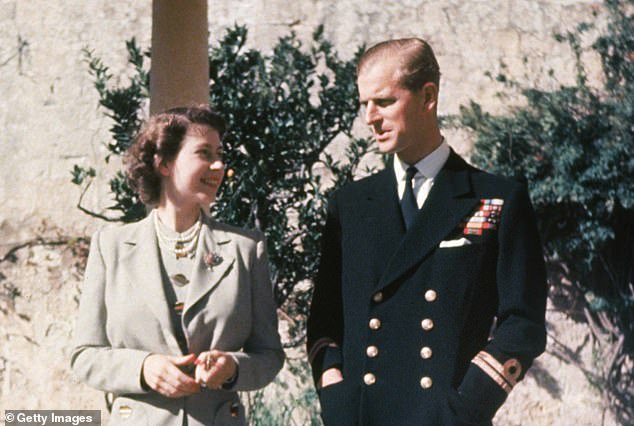 Only a genuine love affair (which nobody can doubt) could conceivably have led to his marriage to the young Princess Elizabeth, heir to the Throne. No other force would have overcome the muttered warnings and doubts of courtiers and advisers, who are so good at preventing Royal matches they do not like the look of. The couple are pictured in 1947

Nobody could ever have cancelled the Duke of Edinburgh. But now that he has gone from us, who is left in our national public life of whom the same could be said?

We have lost a significant national figure, a good and brave man, the Queen’s most loyal subject, a great fund of experience and wisdom, and an anchor.

Having such people among us helps to keep us from folly, to remind us of what we were once capable of, and might one day need to be capable of again.

Almost the last straggler of the greatest conflict in modern history, he was one of the few among the leaders of our society who had heard the sound of gunfire.

It will do us no end of good to reflect in these coming days on the aims and ambitions he set for himself and for us, and on the virtues he represented. We are all lonelier than we were while he was still here.

The best tribute we can pay is to maintain and restore the high standards he set.