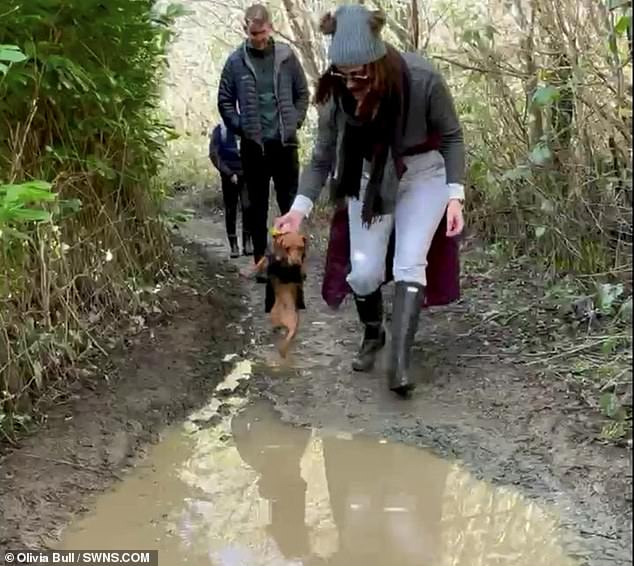 Doggy paddle! Adorable moment dachshund kicks its tiny legs to swim as it is CARRIED over a puddle

An anxious dachshund decided to paddle his legs through the air in a swimming motion as he was carried over a muddy puddle by his owner.

Grace Bull has been walking through Dartmoor National Park in Devon when she spotted her seven-year-old canine Ozzy looking nervous at the sight of a puddle and decided to lift him by his harness and carry him across.

But the pooch, who is a dachshund and Jack Russell cross, proceeded to kick his tiny legs in a swimming motion until he was placed back on dry land.

The seven-year-old canine Ozzy, who is a dachshund and Jack Russell cross, is lifted into the air by his owner Grace Bull at Dartmoor National Park in Devon 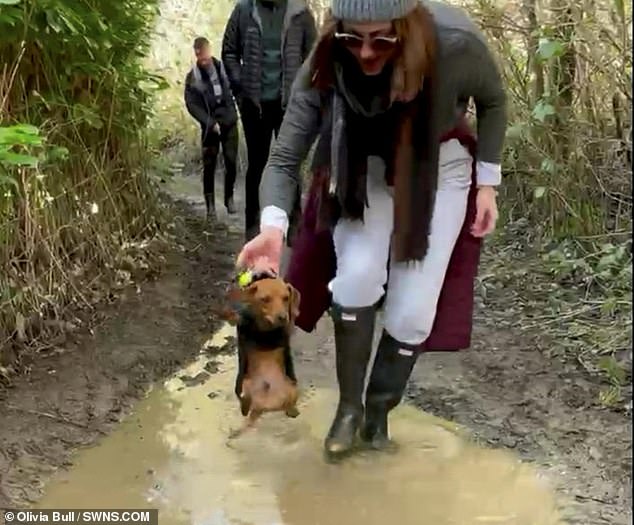 During the clip, Ozzy waits nervously near the puddle before Ms Bull lifts him by his harness and says: ‘Ready?’

The canine begins to kick his legs in a paddling motion as he is carried over the muddy water.

After crossing the puddle, Ms Bull places her dog back onto the ground and he takes a look back at the muddy water.

The footage was captured by Ms Bull’s sister Olivia, 25, a graphic designer from Bristol, who described the scenes as ‘funny and cute’.

She said: ‘It was so funny and cute that he kept paddling whilst he was in the air.’ 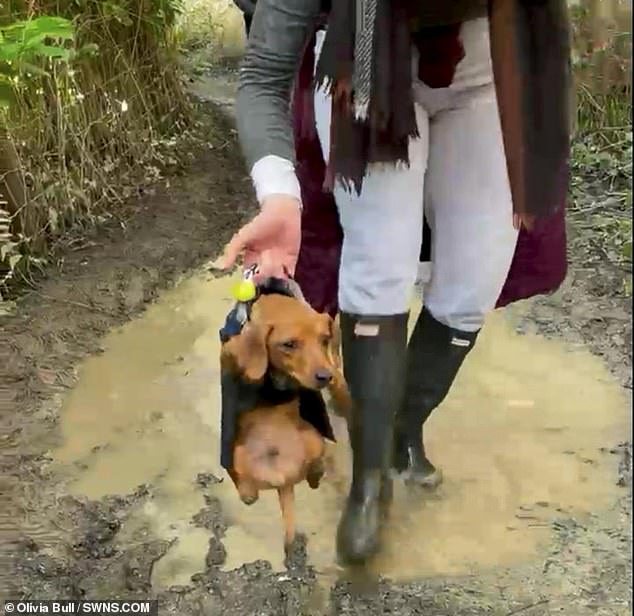 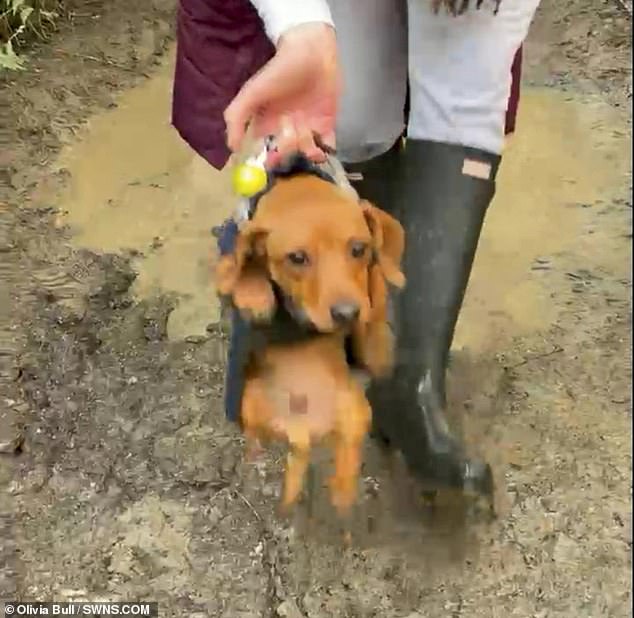 Ozzy, who is a dachshund and Jack Russell cross, keeps on paddling through the air before he is brought back to the ground