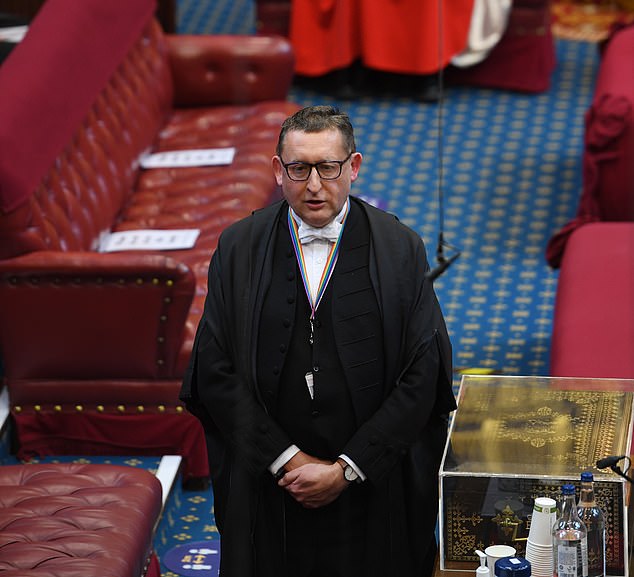 House of Lords is accused of wasting money after running up £33,000 bill for headhunters to find external candidates for new chief Clerk… before promoting the deputy Clerk to the job hailing his knowledge of ‘parliamentary procedure’

The House of Lords was accused of wasting taxpayers’ money today after spending £33,000 on headhunters to find candidates for the new chief Clerk – only to promote the deputy clerk.

The big bill was run up looking for a successor to Ed Ollard as Clerk of the Parliaments – a £192,000 role that involves guiding peers on the arcane procedures at Westminster.

However, despite the costly search for external candidates, the Clerk Assistant Simon Burton was duly appointed to the post.

He formally started on April 2, with the then-Lord Speaker Lord Fowler hailing him as ‘an acknowledged expert on parliamentary procedure’.

A Lords spokesman defended the spending – uncovered by MailOnline using a Freedom of Information request – as the best way of identifying the ‘strongest candidate’.

But critics said there was never any real prospect of an external appointment, and suggested the process might have been for show.

The Lords has a long record of recruiting its most senior official internally – not least because of the extremely specialised knowledge the Clerk requires of the House’s systems and conventions.

Despite the costly search for external candidates, the Clerk Assistant Simon Burton was duly appointed to the post

As well as being the chief procedural adviser and overseeing business in the House, the official is responsible for management and administration.

Mr Ollard himself was made Clerk of the Parliaments having served as the deputy to Sir David Beamish.

Sir David was also Clerk Assistant before getting the top job.

Tory MP Peter Bone told MailOnline: ‘The Clerk of the House, whether it’s the Commons or the Lords, has to come up through the ranks to learn… I’m not sure why you would require headhunters.

‘I hope it isn’t the case of they have already decided who they want, but just to show they are open and inclusive they have appointed headhunters to pretend they are looking for someone.’

The Lords said the appointment of Mr Burton was made after an ‘open and external competition that attracted a wide field of high calibre candidates’, with consultants Saxton Bampfylde ‘supporting’ the process.

A House spokesman said headhunters had also been used for Mr Ollard’s appointment.

‘Professional services were hired to ensure that the House of Lords found the strongest candidates for such a senior position, as we did in 2016,’ the spokesman said.

‘This is a method used by many large organisations when filling high-level vacancies.’

In response to a FOI request, the Lords authorities said: ‘The amount spent on consultants relating to the appointment of the new Clerk of the Parliaments was £33,300.00 (including VAT).

‘Please note that there will have been some additional costs relating to work carried out by Keith Leslie, who was undertaking an External Management Review at the time of the recruitment, relating to the recruitment of the new Clerk of the Parliaments.

‘However, it is not possible to disaggregate costs relating to the recruitment process from the wider costs of Mr Leslie’s work for the House of Lords on the External Management Review.’ 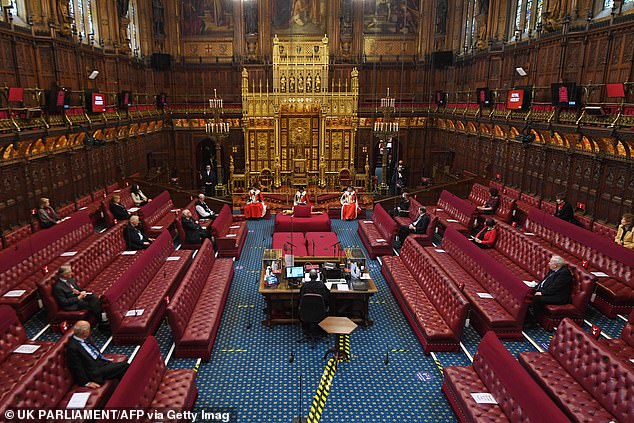