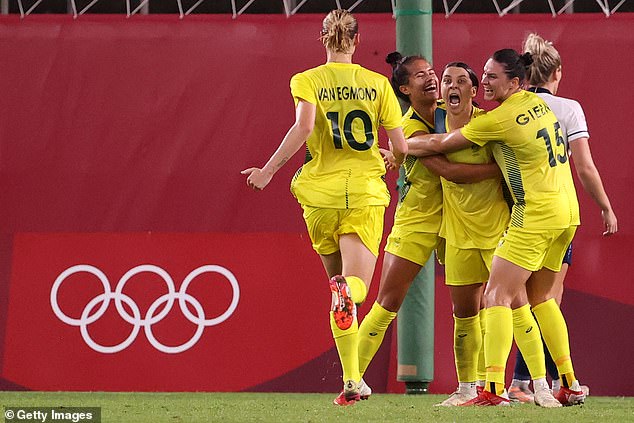 The Matildas have booked a place in the Olympics semi-finals after a pulsating 4-3 comeback win over Great Britain.

Trailing 3-2 late in the second half, superstar striker Sam Kerr equalised in the 89th minute to send the contest into extra time.

Young gun Mary Fowler then found the back of the net with a deflected effort, before Kerr iced the game with a clinical header.

Great Britain striker Ellen White finished with a hat-trick, but it wasn’t enough as the Matildas moved through to the semi-finals, where they will face Sweden.

Before tonight’s triumph, The Matildas have twice reached the quarter-final stage, in Athens 2004 and Rio 2016.

They were defeated on both occasions: 2-1 to Sweden in Athens, and then 7-6 to hosts Brazil five years ago on penalties.