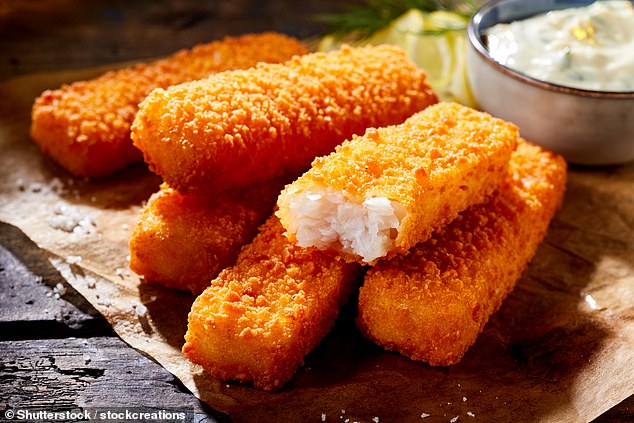 By Colin Fernandez Environment Correspondent For The Daily Mail

Fish fingers grown in test tubes could hit supermarket shelves in two years – and threaten the dominance of Birdseye and other traditional fish giants.

The new fingers are made by taking cells from an adult fish which are then multiplied in a laboratory and grown in huge numbers in a bioreactor.

Company boss Dr Sebastian Rakers said of the technology: ‘There is no need to slaughter fish.’

Around 2.7 trillion wild fish are caught for food each year – and billions more are farmed.

The firm said the next step is expanding the reactor to an industrial scale.

Dr Rakers said that fish balls, fish fingers and fish tartar would be the first products.

Around 30 per cent of all wild fish stocks are over-fished, while 60 per cent are exploited to the maximum.

However fish farms on land have drawbacks, in particular pollution and parasites proliferating on the fish in their pens due to them being held close together.

There are animal welfare considerations too – in the wild a salmon would swim freely for many hundreds of miles, but in a fish farm swims around in a confined space.

Dr Rakers said work is ongoing to ensure fish cells are produced in a cost-effective manner and refining flavour, texture and nutrient content.