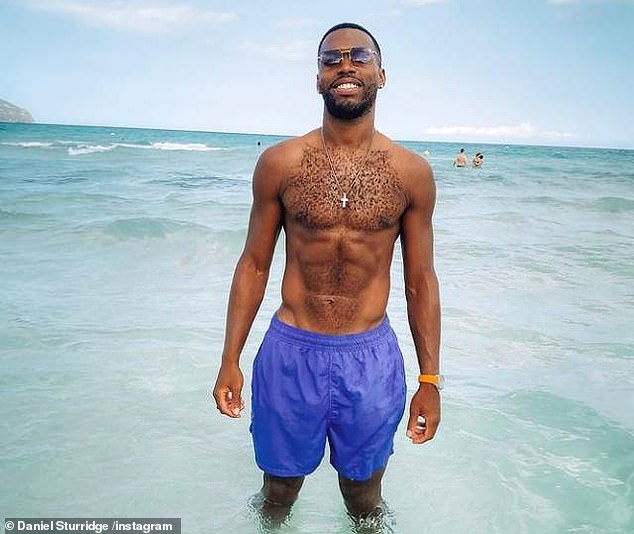 Daniel Sturridge puts out plea for a barber, despite being stuck in quarantine in Australia… but demands that applicants have ‘top level craftmanship’ and ‘don’t charge anywhere near that much’ as he waits to begin training with Perth Glory


Daniel Sturridge has asked barbers in Australia to get in touch as he seeks a post-quarantine trim, but has made no secret of the high standards he expects applicants to reach.

The 32-year-old has ended his football hiatus following a worldwide ban for betting offences by signing for Perth Glory, but has been forced into isolation following his arrival Down Under.

Sturridge recently uploaded a video of himself in his hotel, complaining of the requirements despite having already having received the double vaccination against coronavirus.

And looking towards the end of his spell in quarantine, the former Liverpool striker put out a request for barbers in the Perth region of the country to get in touch.

However, the request was not for any old barber, with a strict list of demands also added on to his story.

‘Need a barber in Perth WA on Thursday. Only put your CV forward if you’re top level,’ his message on his Instagram story began.

‘You see the vibes, cirspy clean, smooth like I wash my face with cake soap.

‘If you’ve never cut hair like mine don’t bother putting your CV forward, my hairline is important to me. It’s straight. I don’t want to leave AU with an M head hairline.

‘Please proceed to put your CV forward if after all I’ve said you still fit the description. Top level craftmanship, barber level on 1000 but don’t charge anywhere near that much, if you do you are out of the running.

‘Shaky hands I rebuke you. Don’t bluff me. I’m gonna look on your profile. If your pics ain’t good don’t bother putting your CV forward – you are out the running.

‘I had time today. Well I have time every day I’m in quarantine. Still. Bye for now.’

Sturridge had been training with Real Mallorca who had been hoping to sign Sturridge in January.

LaLiga side Mallorca were unable to register Sturridge in August as they already had their quota of three non EU players on their roster.

He has not played competitive football since cutting short his spell with Turkish side Trabzonspor in March 2020.