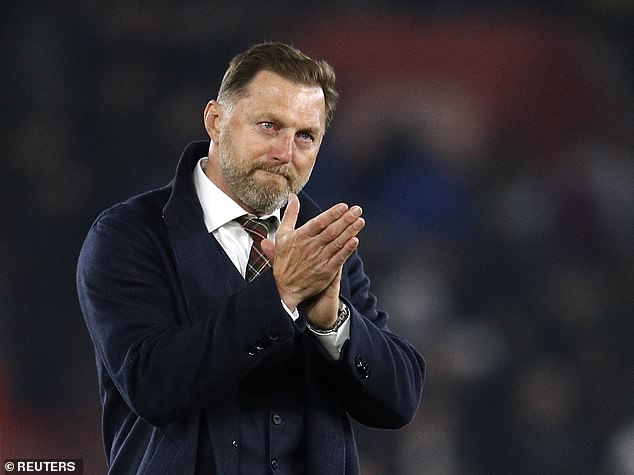 
Ralph Hasenhuttl has rewarded his in-form Southampton squad by granting them permission to train at home this week.

Southampton have gone unbeaten in the Premier League since the previous international break, winning three of their four games, keeping three clean sheets, and only bowing out of the Carabao Cup against Chelsea on penalties.

Their upturn and haul of 10 points has helped them climb from fourth bottom going into the last break to 13th after the latest round of fixtures.

And Hasenhuttl has decided his men have earned a change from their regular routine and those not away with their countries will not have to attend the club’s New Forest HQ during the coming days.

Hasenhuttl planned to offer his players a similar break during the last international fortnight but they failed to secure the required results. This time they have.

Plus, with Southampton’s players usually having less days off in the week than many of their Premier League counterparts and a busy period coming up, Hasenhuttl is keen to ensure they have recovered fully from their recent exertions and will be raring to go again once the season resumes again.

Southampton return to action with a trip to Norwich on November 20 before they then face Liverpool at Anfield at the end of this month.