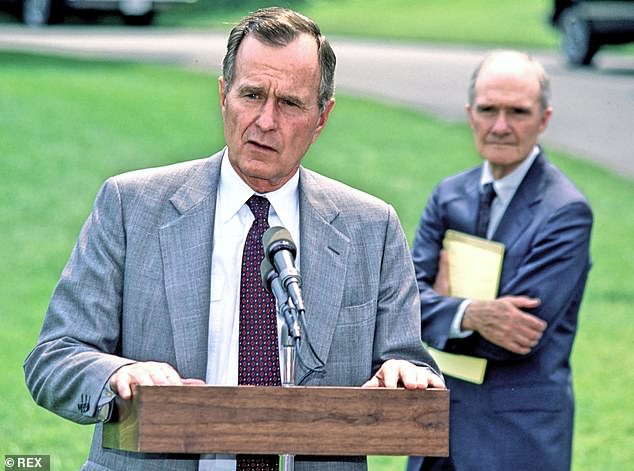 
The cost of living is rising at the fastest pace for more than 30 years in the United States as inflation stalks the global economy.

Official figures published in Washington showed inflation hit 6.2 per cent last month, the highest level since 1990 when George Bush Snr was in the White House.

The figure was also sharply higher than September’s 5.4 per cent and will alarm central banks around the world, including the US Federal Reserve and the Bank of England.

Central banks are under pressure to raise interest rates to keep a lid on inflation.

The dollar rose against currencies including the pound amid fears inflation may prove stickier than expected by the Fed – forcing it to raise interest rates.

And bitcoin hit a fresh high of $68,999.99 (£51.377) as investors piled into the cryptocurrency to protect their cash from higher inflation.

Peter Cardillo, market economist at Spartan Capital Securities in New York, said: ‘The bottom line is that this is going to be a real challenge for the Fed in the coming months and suggests that inflation has not peaked.’

The Fed has yet to raise interest rates since cutting them to between 0 per cent and 0.25 per cent in the pandemic.

But it plans to scale back its £89billion-a-month money printing programme.

The Bank of England this month surprised many by not raising interest rates from their all-time low of 0.1 per cent.

UK inflation is 3.1 per cent, and expected to rise towards 5 per cent – well above the 2 per cent target – piling pressure on the Bank to act.