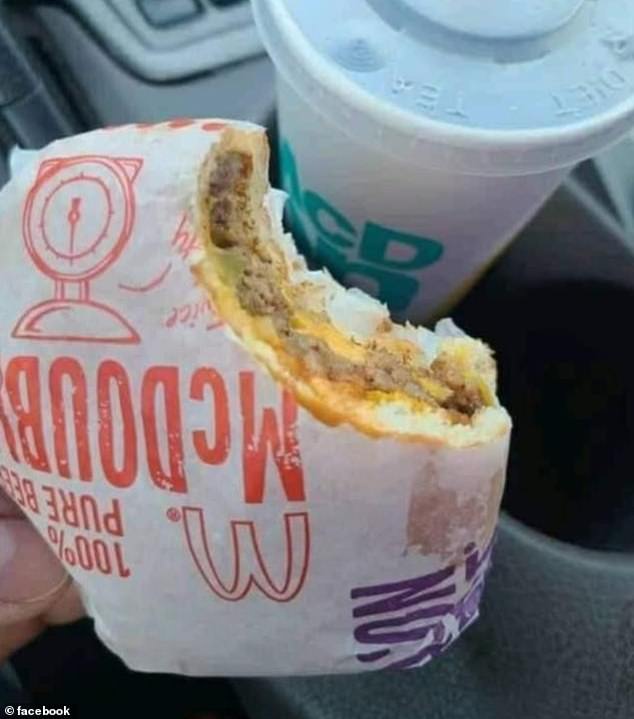 Aaron, a lover of the fast-food giant from Adelaide, took to a popular Facebook group to show off his unique eating style and even claimed it tasted better if you skipped one very crucial step.

The McDonald’s fan shared an image of the McDouble, which features two beef patties topped with pickles, chopped onions, ketchup, mustard and a slice of melted cheese.

But the image oddly showed a large bite out of the side of the burger with the paper wrapping still around the burger.

Have you ever eaten a McDonald’s burger and kept the wrapping on?

While most fast-food lovers would take off the paper wrapping before taking a bite of the burger, Aaron leaves it on.

The McDonald’s enthusiast even insisted the paper wrapping made the beef burger more delicious.

‘Unpopular opinion… McDonald’s tastes better with the skin on,’ Aaron wrote on the social media site.

Aaron’s distinct way of consuming the McDouble has sparked a flurry of comments from fast-food fans who were slightly confused by his eating style.

One confused Facebook user argued that the benefit of keeping the wrapping on the burger was that it would ensure the burger stayed intact.

‘I mean it would certainly cut down on mess while you’re driving,’ they said.

However other McDonald’s enthusiasts were concerned about the amount of paper being left in Aaron’s stomach.

‘That’s a hard no for me. What would that paper be like sitting in your gut?’ One comment said.