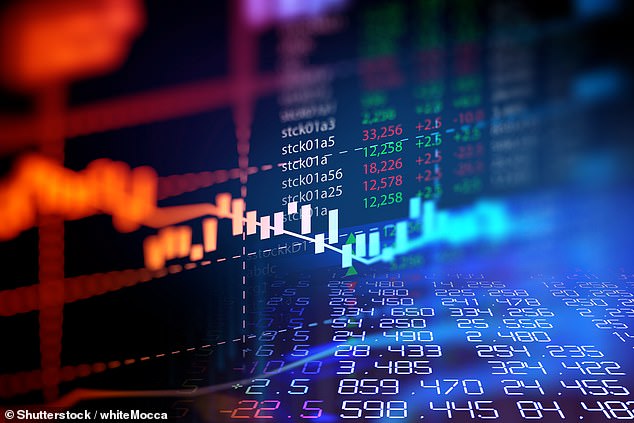 Global companies are in the strongest position to defend their dividends for nearly a decade as profits bounce back after the pandemic, a new report reveals.

But UK firms, which slashed payouts by 41 per cent versus the global reduction of 12 per cent in 2020, are still the most vulnerable to shocks.

‘Dividend resilience has improved but this improvement is not reflected in the share prices of many dividend paying companies,’ according to the study by Henderson International Income Trust.

Dividend cuts: Many people relying on income from investments saw it reduced during the pandemic

Companies that consistently grow dividends, or even just maintain them, can bring great returns, particularly if you keep reinvesting them in more shares.

But when firms cannot comfortably afford their dividend, they might have to pay them out of capital or debt – or slash their annual payout.

Some 87 per cent of income investors lost out from dividend cuts due to the pandemic, according to research from the Association of Investment Companies.

And 28 per cent reported a ‘considerable’ or ‘big’ impact to their portfolios, though this is down from 41 per cent last year, it found. See the tables below for the impact and what investors have done to make up the dividend income they lost.

The common way of checking the safety of a dividend is measuring whether profits forecast for next year would cover a company’s most recent total annual dividend.

This is a popular investing yardstick known as dividend cover, or sometimes earnings cover, and ideally it should work out at 2.0 or more. See below for how to check dividend cover for individual stocks, or calculate it yourself.

Dividend cover trends: UK lags behind other regions as homegrown companies tend to pay out their profits in dividends

Dividend cover fell furthest in the UK in 2020, to 0.3x, meaning that profits were two thirds smaller than dividends paid, explains the Henderson International Income report.

The UK will also see a recovery in dividend cover, but this will remain well below the global average, it says.

UK dividend cover is predicted at 1.0 in 2021 and 1.1x in 2022 – which means that in general homegrown payouts will be less safe, a trend which Henderson International Income says has persisted for most of the past decade.

‘Whilst this is still below the global average it does not mean the UK is a bad place to look for dividend income,’ says Ben Lofthouse, manager of the trust and head of global equity income at Janus Henderson.

‘It does, however, highlight the value of having geographical and sector diversification at the top of the agenda.’

As for why dividend cover in the UK has been low, Lofthouse explains: ‘British-based companies collectively paid out all their profits in dividends before the pandemic.

‘Indeed, UK dividend cover has been well below the global average in every year since at least 2008. This left little room for manoeuvre in 2020.’

He says dividend cover declined in every one of the main UK sectors except financials last year.

‘Banks were barred from paying dividends for most of the year so even though profits from UK financials fell by just over a third, dividends fell much further (down almost three quarters), so dividend cover levels rose.

‘Dividend cover in the oil sector went negative because companies made losses last year, but Shell had adequate cash flow to fund its reduced dividend, while BP issued bonds to bolster its financial position and make it easier to fund a payout to shareholders.’

Meanwhile, the Henderson International Income analysis found after the 2020 shake-out there are a third fewer ‘yield traps’ lying in wait for unwary investors.

This is where a stock price has plummeted faster than earnings so the dividend yield – the dividend-price ratio of a share – still looks tempting but the company might not be able to deliver the payout.

The report describes them as: ‘Companies with a superficially attractive yield but which either cannot grow their dividends or may have to cut.’

It judges that one in five companies was a potential yield trap as the world entered the pandemic, but one company in eight is now.

Henderson International Income compiled its report by analysing 13 years of dividends and profits from the world’s largest 1,200 companies

These collectively represent around 85 per cent of the profits made and dividends paid by the world’s listed companies, it says.

Lofthouse says: ‘For income investors, the last year has proved that diversification is extremely important – by sector, by region and by company.

‘Income is a vital component of an investor’s return, but income-paying equities only create value for investors if they are sustainable and growing.

‘Well-run, profitable businesses that are both focused and efficient in their deployment of capital are most likely to flourish – dividends are a good indicator of such companies.

‘Dividends fulfil a critical role as a bear-market protector in bad times, and a return enhancer when markets are stagnant at times of high valuations – like today.’

Lofthouse adds that a decade ago global dividend cover was 3.0x, but the longer-term trend has been steady decline as economic growth slowed after the financial crisis.

‘In part, this reflects the economic cycle. Dividend cover initially falls in a crisis and then rebounds, as it is today, before steadily dropping again as companies loosen the purse strings during better times.

‘It also reflects a cultural shift towards dividend paying in parts of the world like Asia. A welcome trend.’

Lifestyle changes: Investors have had to change plans due to losing income from dividends (Source: Association of Investment Companies)

How to calculate dividend cover

The total annual dividend is made up of the interim (first half-year) and final (second half-year) dividends added together.

Dividend cover figures for individual stocks are available online – check out BP’s shares page on This is Money, as an example.

But dividend cover figures may vary depending on where you look, because sometimes sites will use last year’s profit figure instead of a forecast profit figure.

Mould says you need to take care that the dividend cover figure takes any recent rights issue into account, that you’re aware of whether a company publishes its results in sterling or in a foreign currency, and that you know what share class was used if there is more than one (Shell, for instance, has A and B shares).

He adds that if you really want to research a company’s dividend cover thoroughly, you should work it out for the past eight years and for two years ahead, then calculate the average for the whole 10 years.