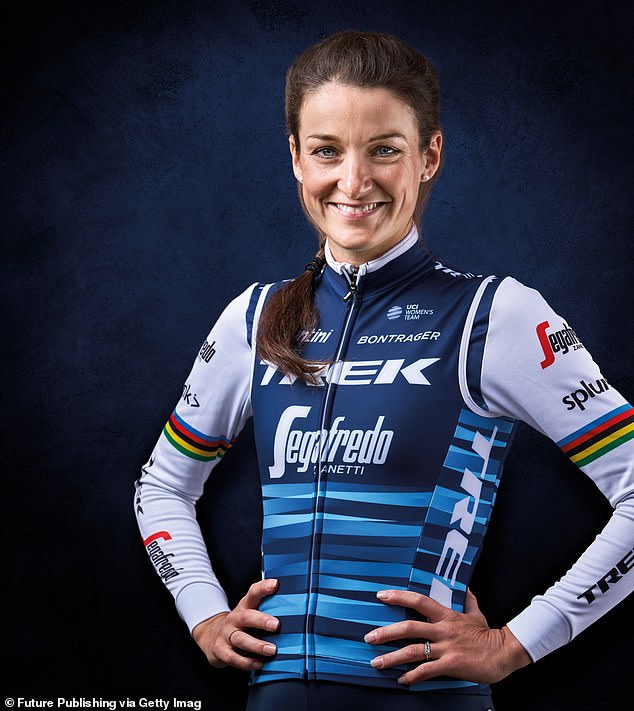 The one lesson I’ve learned from life: Olympian Lizzie Deignan says trust me, life isn’t all about winning

By Florence Scordoulis For The Daily Mail


Professional cyclist Lizzie Deignan, 32, has competed in three Olympics, including London 2012 where she won silver. In 2016, she was world, Commonwealth and national road champion. She lives in Monaco with partner Phil, a racing cyclist, and their daughter Orla, three.

I’ve been a professional athlete since I was 18. The pressure is hard when you’re young and you always have to expect more from yourself.

It’s quite a selfish career choice, as you become so focused on yourself. And that’s not healthy — or sustainable. It can feel overwhelming when you fail. In these moments, I’d think, ‘I haven’t been out for a meal with friends for six months’. And you question if all of those sacrifices were worth it.

Lizzie Deignan, 32, (pictured) who lives in Monaco, explained how the birth of her daughter has helped her to get a better perspective of life

I remember not getting picked for the 2008 Beijing Olympics, due to injury. It was hard but I came out stronger — and got silver at London 2012. But the insane pressure didn’t go away.

So, when I came 7th in the 2014 World Championships — after being the favourite to win — I was devastated.

Shortly after, my husband Phil and I went on holiday, but I couldn’t switch off. Phil (also a professional cyclist) helped me realise I couldn’t keep pushing. I needed to have more balance, mentally and physically.

We decided to have our daughter Orla, and she has helped me get a better perspective. I had no idea what would happen to my body. I had to completely let go — after always being in control. This reminded me not to worry so much. I now see my career as a rollercoaster: riding out the good and bad bits.

This perspective helped after Tokyo this summer, which was an anti-climax after a five-year build up. I came 11th in the women’s road race. On the plane home, I thought about how much Phil and our daughter had sacrificed for me to chase this dream.

However, last month I won the first ever women’s Paris Roubaix, which was an incredible feeling. The progress we’re making in women’s cycling makes the rollercoaster worthwhile.

I’ve learned that you don’t have to be unhappy to be successful. Your career is a part of you, but it’s not your identity.