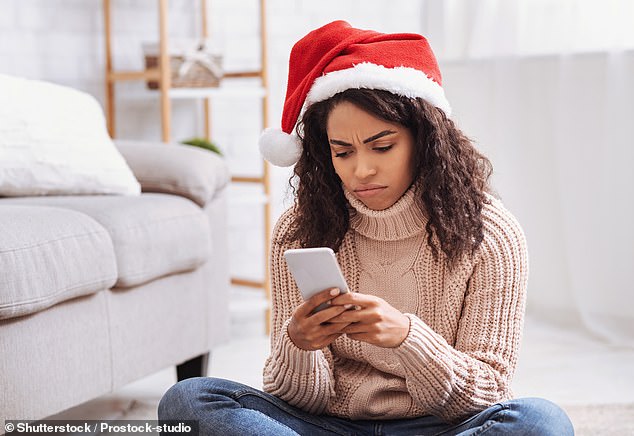 Mother whose son, 9, told a classmate the truth about Santa is left ‘stunned’ after receiving a VERY angry text from his mother claiming the ‘magic of Christmas’ has been spoiled


A mother has revealed she’s been left ‘stunned’ and wondering what to do after a fellow parent in her son’s class sent her an angry message over a revelation about Santa.

Taking to the British parenting forum Mumsnet, the mother said that her son, 9, had been involved in dicusssions with classmates about whether Santa is real or not.

One of the boys he chatted to went home to his younger siblings and announced that Father Christmas doesn’t exist, leaving them in tears.

The anonymous mother received an angry text from the other boy’s mum, accusing her son of ‘spoiling the magic of Christmas’, which she admited she was surprised by and asked how best to proceed.

Commenters came out in their masses to support the mother and assured her that nine was a normal age for children to discuss such matters. However, a select few others thought the mother should have done more to encourage her son not to speak about it at school.

The mother, who revealed she’d previously asked her children not to talk about father Christmas with friends at school, said: ‘Our kids are 9 and at school they have had a discussion amongst a few of them about whether Santa is real.

‘I’ve had a very shirty message from a parent, which appears to single out my child having spilled the beans and subsequently spoilt the “magic of Christmas” for their child, who has also told their younger siblings who’ve been crying over it.

‘The parents have had to spend a lot of time reassuring the kids that Santa is in fact real, and have requested that I ask my child not to discuss it further in school.’

She went on to say that when her son had first discovered this information from their older sibling, he hadn’t been too bothered but he was equally shattered to find out that he’d caused other people to be upset.

‘How should I respond, if at all? I don’t want to fall out with them, but I’m stunned they’ve approached me with this,’ the mother wrote.

One person pointed out that expecting every child to automactically believe in Father Christmas is unrealistic, saying: ‘So she would expect a Muslim child to pretend to her child that Santa exists? Not every child on the planet is brought up to believe that Santa is real.’

Another person wrote, ‘I’d send a laughing emoji. They must be joking. Nine-year-olds are hardly unable to spot the disconnect.’

A third person thought the other mother was overacting, saying: ‘I don’t think it’s your fault their kid told the younger siblings.’

‘I would assume at 9 most of them know. I think your kid was also reasonable to assume their mates knew.

‘This parent sounds a bit OTT to be texting you. I would understand if it was reception class but it isn’t.’

Another person thought that speaking to peers about things children know to be true is an important part of growing up, saying: ‘Please don’t tell your child not to speak about Santa not being real. It sends a very problematic and confusing message.’

‘Children can do what they want with “truth”. Santa doesn’t exist – you can help him to understand that some little kids like to believe so it can be kind to not tell them. But please don’t make him feel bad for speaking “truth”. It’s a powerful and courageous and important.’

Others however, were perplexed that anyone wouldn’t have briefed their child not to spoil that fun for others.

One person wrote. I’ personally would apologise on my child’s behalf. Santa is such a sensitive area with parents trying to keep the magic going when there are younger siblings, unfortunately your child was the bearer of such news.’

Another was outraged, saying: ‘When my kids found out they wouldn’t have dreamed of spoiling it for anyone else, so your son has been a bit mean. I’d send an apologetic text and impress on your son that he shouldn’t spoil it for others.’