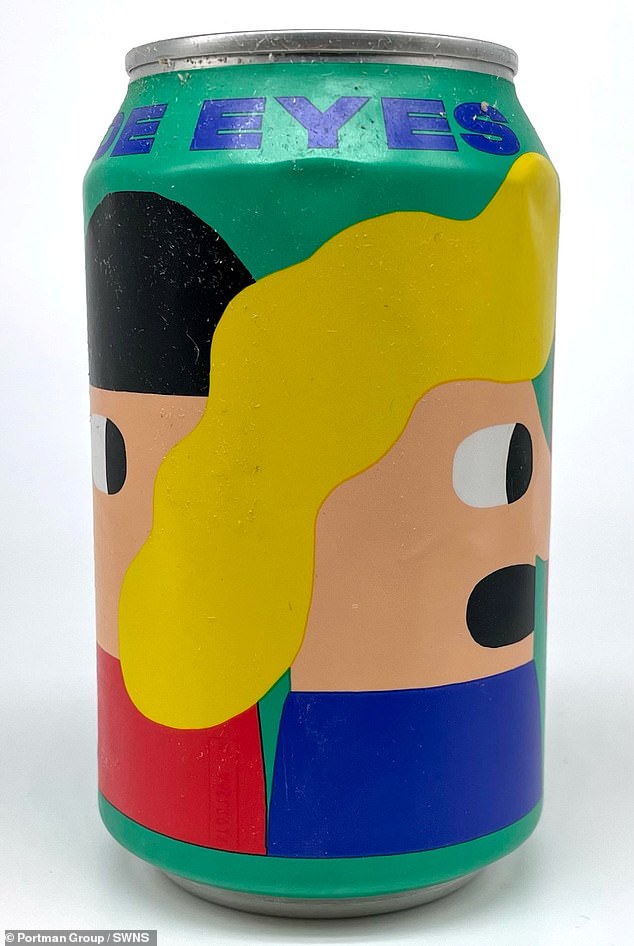 
A beer company has been forced to re-design its colourful ale cans after Scotland Yard complained the artwork appealed to children and was ‘reminiscent’ of the video game Minecraft.

Metropolitan Police officers raised concerns after they spotted the can of Side Eyes by Danish brewery Mikkeller – which features cartoon faces – in Sainsbury’s.

Regulators launched an investigation, prompting the brewery to argue the colourful packaging was to attract female drinkers, not children.

Officers complained after they spotted the ‘coke-sized’ cans at the supermarket in Surrey.

The pale ale can featured two brightly-coloured cartoon characters against a turquoise backdrop and was designed by artist Keith Shore.

The beer makers said the illustrations could be enjoyed by adults and were not inspired by children’s characters but rather by ‘pop art’.

The regulator for alcohol labelling – Portman Group – dismissed an allegation that the can was not clearly marked as alcohol.

But it agreed the design on the cans did breach rules by appealing to children, and upheld that part of the complaint.

Mikkeller is now working with the advisors and a spokesperson for the brewery confirmed they have re-designed the label.

Portman Group ruled: ‘The panel discussed the artwork on the front of the can and noted that this was particularly cartoon-like and reminiscent of Minecraft which was popular with under-18s.

‘The panel noted that the artwork used bold lines with bright primary contrast colours that were likely to have a particular appeal to younger children. ‘

Minecraft is a video game popular with children in which players can design and construct their own worlds and characters, typically using cubed blocks.

Portman Group’s panel report said: ‘The cumulative effect of the bold lines, bright contrast colours and presentation of multiple cartoonish characters meant that the product had a particular appeal to under 18s.’

A spokesperson from the brewery said: ‘It has of course never been the intention to make Side Eyes appealing to under 18s and Side Eyes has never been targeted at under 18s. We have now implemented a re-design of the label so that is clear to all.’

MailOnline has approached Metropolitan Police and Mikkeller for comment.